Stracciatella is a creamy Italian vanilla ice cream with chocolate chips all around. Making it takes a bit of cooking but every lick worth the effort. 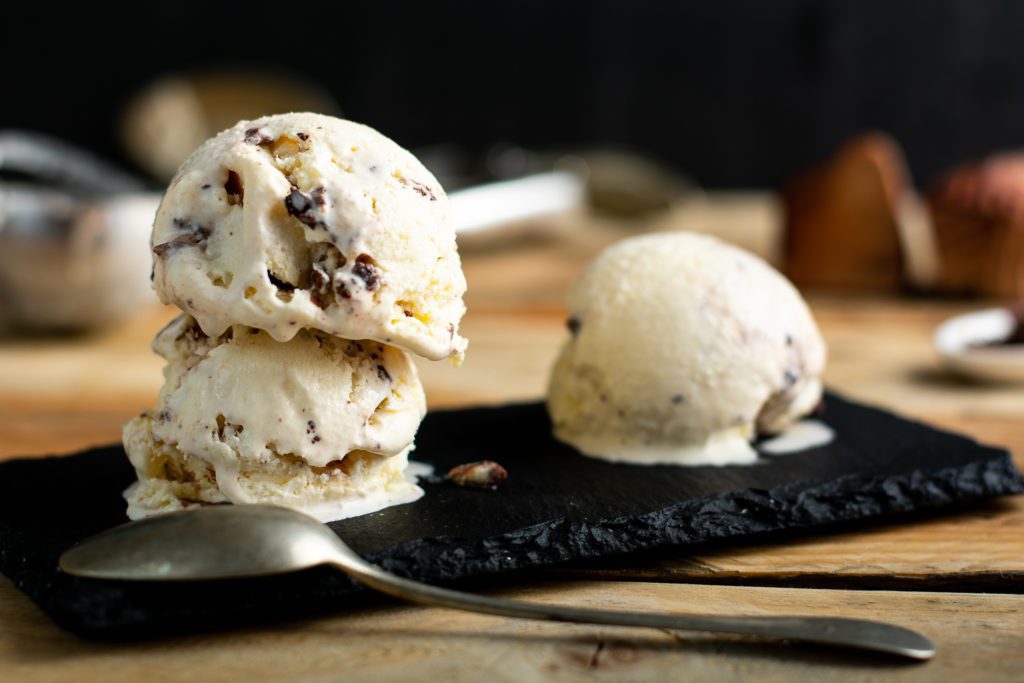 Here we are again, longing for ice cream. It must be hot outside and we have no desire to scorch ourselves red with the sun. Or it’s just a regular after work Monday afternoon in the third week of January.

None of that would be a surprise given that on average 6-gallon (23l) ice cream is being consumed in the States yearly by person. Sure enough, statistics are always a bit off as some have much more of that and others none, due to specific conditions or lifestyle choices but the numbers still suggest, we like ice cream a lot.

Strangely enough, we would think that this love is somewhat newborn and made possible only the advancement and more importantly the availability of cooling technology. Which is partly true as on the scale and price we have ice creams today is only achievable with these man-made inventions.

The lack of technology didn’t stop our ancestors to enjoy the blessing of iced desserts though. Ice creams’ history reaches back at least as far as 500 BC. It’s a miracle that the Bible doesn’t have a line or two about it but at those times, flavored ice wasn’t for everyone.

Shipping ice from frozen areas in high times of summer required not only geographically favored conditions but human resources available to carry out such tasks. The complete lack of middle class and poor purchasing power meant that only the high-born ladies and lords were able to enjoy such treats and mostly on special occasions only.

People realized fairly early that ice can be stored in the ground during summer and dug underground ice houses to keep the ice as a mean to refrigerate food or for the ice itself.

These ice houses weren’t really mobile at all and most were kept somewhere near a natural winter ice reserve like a river or lake where it could be filled up easily during winter.

Throughout the centuries nothing was invented to make it easier for the people to enjoy ice creams during summertime until the industrial revolution kicked the door into pieces. Shipping became easier and faster, making the way for transporting ice, storing it then selling it for possible profit.

Not all of the world was so lucky as the people of England though. We still had to wait a couple of years more for the XX. century to arrive at our doorstep with a freezer in his hands.

Freezing things at will, or at least where electricity is, made everything convenient. Despite destroying whole industries no-one complained about the freezer lobby nor missing the ice houses or the ice man.

Finally, we could not only store food in our kitchen but make flavored ice whenever we wished to or even better make ice cream.

Making ice cream can be incredibly easy process like these mango or raspberry ice cream that require little to no effort for maximum pleasure or a bit more complicated ones like this medium level chocolate ice cream.

As we are talking about food here, there must be of course an Italian level of ice creams as well. Gelato isn’t the best ice cream in the world more than Italian pizza is the best in the world. Of course, to know that for sure, we have to go to Italy in the height of summer and try them there.

If chance doesn’t allow us to be in Rome licking ice creams for a week or two, we have to resolve to make our own gelato in the coziness of our own kitchen. No ice cream machine will be necessary, although if there is one laying around in the kitchen collecting dust as usual, make it happy by using it what it was made for.

This vanilla ice cream will have some chocolate chips that actually makes it a Stracciatella which is the Italian word for small irregular pieces of things.

Don’t forget to stir the ice cream in every hour or so during the freezing period to achieve a nice creamy consistency and take it out from deep freeze a half an hour before planning to serve. 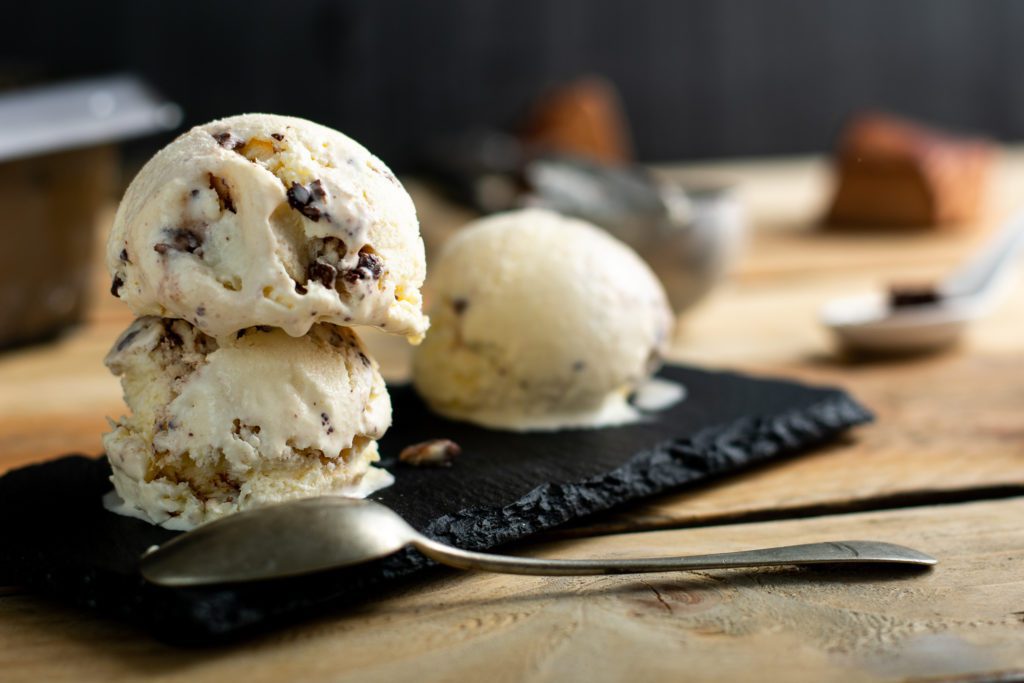 There are many variation of ice creams and even more flavors. Make sure all are tasted and tried: 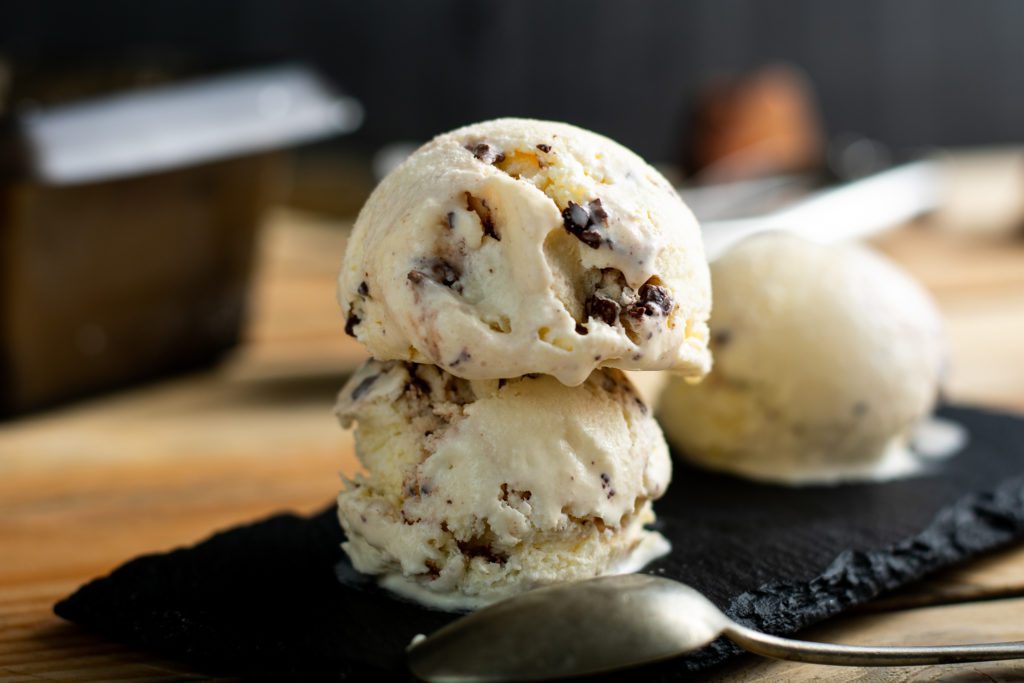 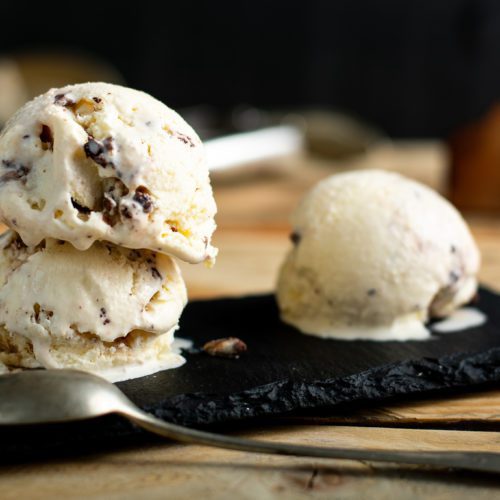 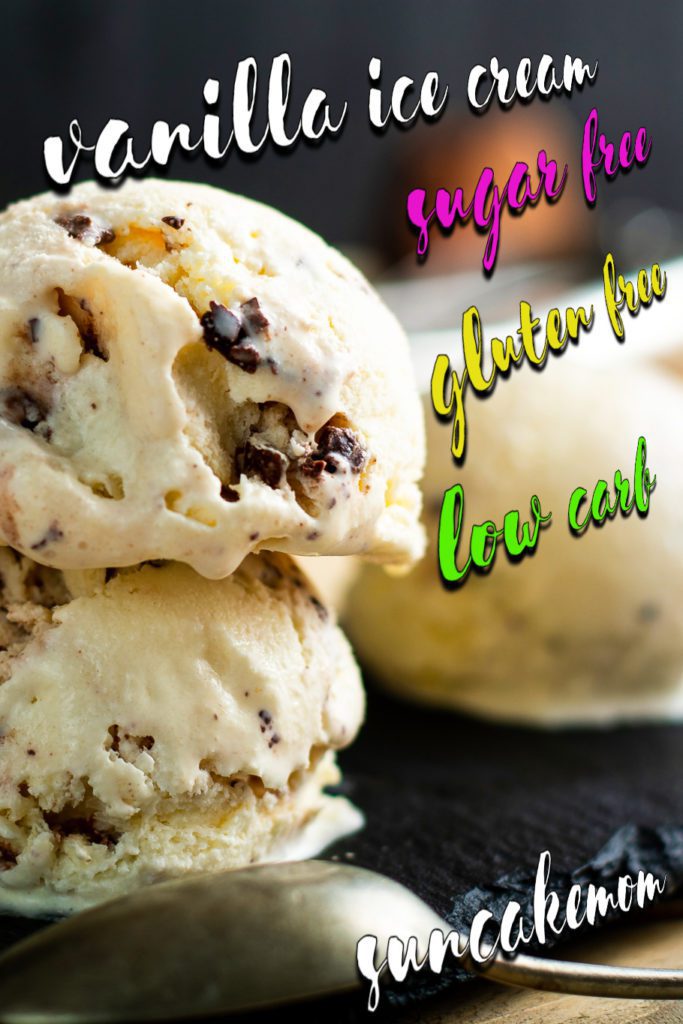