A quick soup or a companion for life? Check out this Wonton soup recipe to discover what pleasures in lightness are rife! 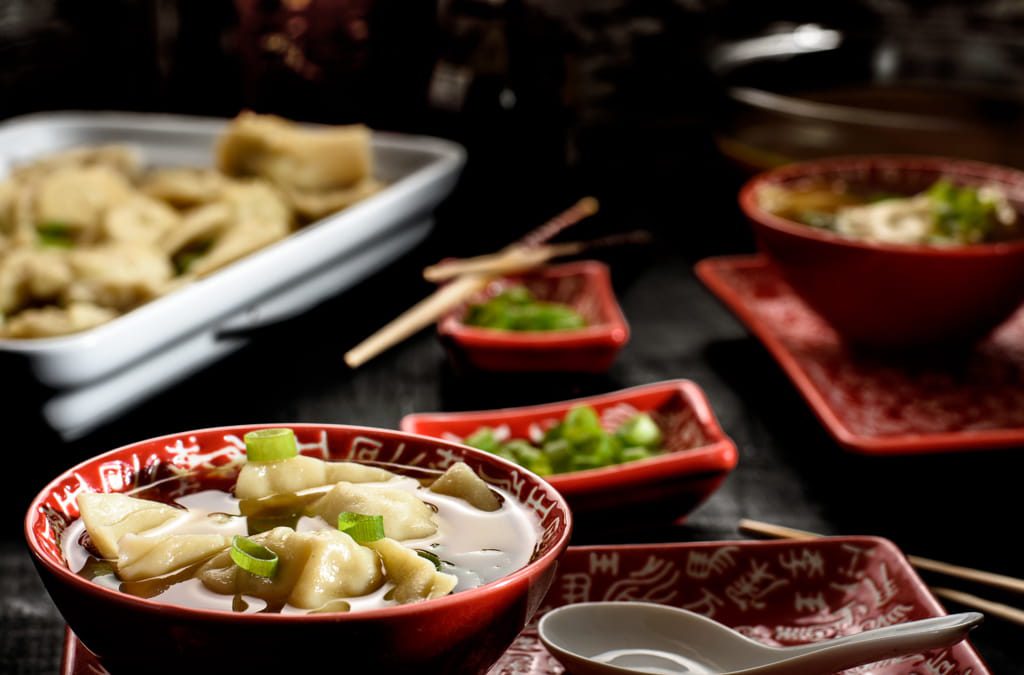 As exciting Chinese culinary can be with a myriad of spices and herbs in the most basic looking recipes, Wonton Soup is setting us up for a big or rather bleak surprise. Wonton Soup is nothing more than a couple of meat filled dumplings, floating in a yellowish liquid.

Of course, this shouldn’t come as a surprise if we know Cantonese, as the word “wonton” itself roughly translates to “cloud” which is exactly what the flappy wontons do in a bowl of soup.

For those ,who have already met with potstickers or their Japanese counterparts the Gyoza,  may wonder what’s the difference between those dumplings and wontons.

Unlike wonton soup, that we could classify as a clear soup, this is rather a murky territory as there  should be some differences between wonton and jiaozi but those unlearned of the lore of Chinese cooking these differences are thin.

Wontons supposed to be smaller dumplings, wrapped into a 6 x 6cm2 square thin wrapper, made of flour, water and generally eggs so they get a yellowish color while jiaozis are wrapped into slightly thicker round sheets that may or may not contain some eggs.

We may find starker differences if we dive deeper in the general usage of the dumplings as wontons are generally served with soups -except when pan fried as guotie (potsticker)- while jiaozis are mostly saved from floating in a bowl and frequently eaten dipped into sauces.

Wontons can be added to many soups and people like to use the possibility of enriching their creations with it, but if there is nothing else in a soup but wontons, the soup becomes a wonton soup.

Thanks to the achievements of modern technology and globalization, making Wonton soup has become as easy as popping open a prepared chicken stock and cooking shop bought frozen wontons in it anywhere in the world where there are Asian stores available in our vicinity.

Luckily for those, who live out of reach of such convenience or simply prefer the superior flavors and unique textures of freshly made food, Wonton soup can be made from scratch easily at home.

Sure, if we want speed, a prepared stock from the freezer or from the fridge will speed up the cooking process considerably, but even doing everything from scratch doesn’t take longer than an hour.

Having stock ready with two busy hands, we can easily make Wonton soup in 30 minutes top with extra dumplings to save for next time.

Since Wonton soup is being a rather unassuming dish with little else than flavor to please our taste buds, it’s paramount to create a character for our soup by seasoning it richly. Luckily, broths are never a letdown when filled with the right ingredients.

The soft chewiness of the wonton dumplings are perfect companion of the rich whirling of flavors in  hearth warming bowl of golden soup.

Unassuming as it may be, once tried, there are few who’s heart won’t light up when sees starch covered meatballs flapping gently in our bowls like soft fluffy clouds on the late summer’s sky. 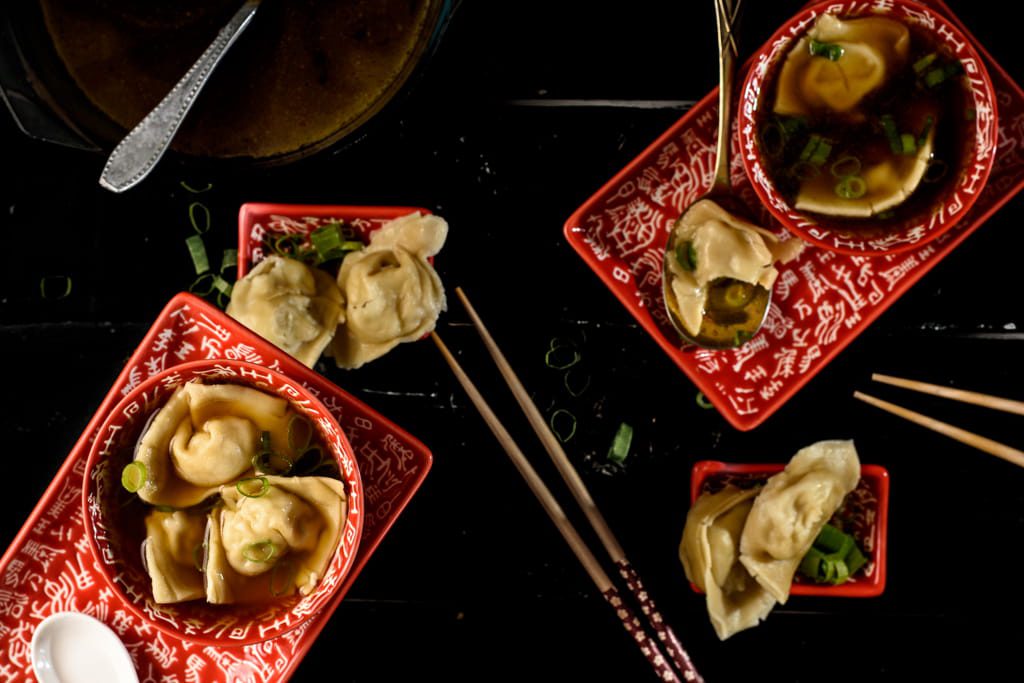 How to make Wonton soup 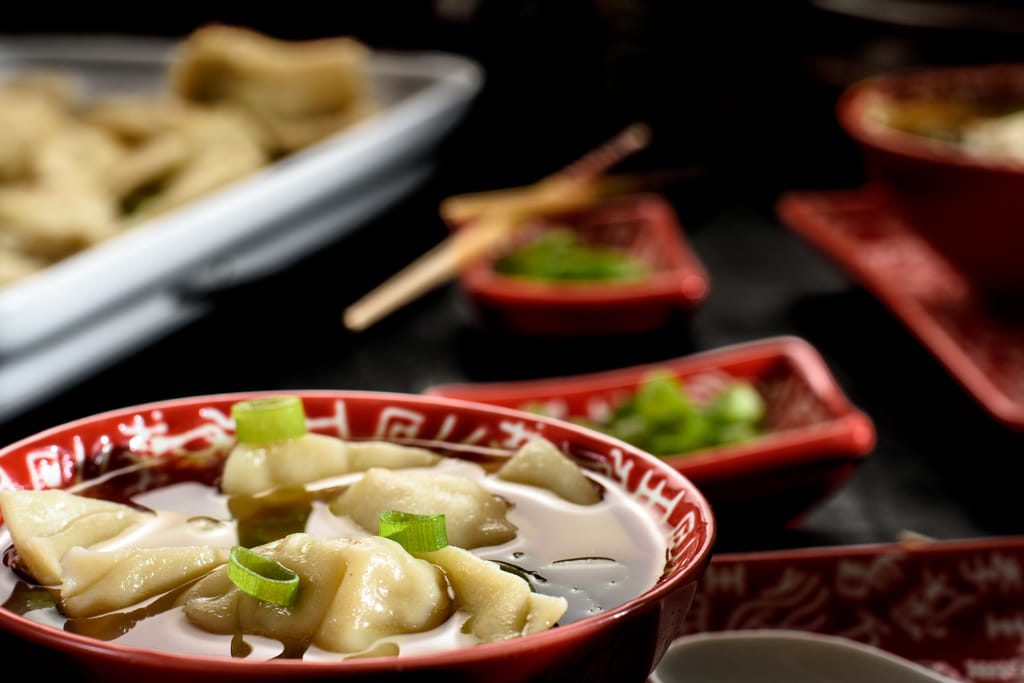 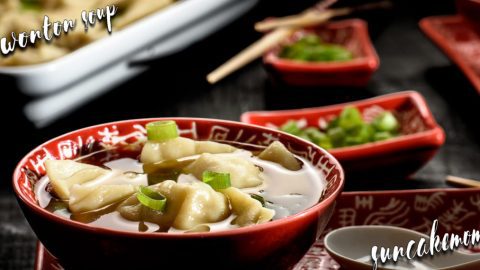 What is the broth of Wonton Soup made of?

Wonton soup is generally prepared from Chinese chicken stock but any broth will do as the additional seasoning of ginger, sesame seed oil and garlic will greatly alter its flavor anyway.

If it’s made with healthy ingredients Wonton Soup can be healthy. The broth or stock, that is made of, can consist a variety of vitamins and nutrition so can the filling, depending on the ingredients.

What is wonton filling made of?

Wonton fillings are wide and far. It can consist entirely of vegetables or a mixture of various meat like chicken, pork or fish among others. The most common filling is pork though with Chinese cabbage known as bok choy.

What is the meat inside of wonton?

Wontons can be filled with any kind of meat, including chicken or seafood. The most popular filling is ground pork with vegetables like bok choy.

Are wontons boiled or fried?

Wontons can be both boiled or fried as a snack which will make it reminiscent to egg rolls but much smaller. 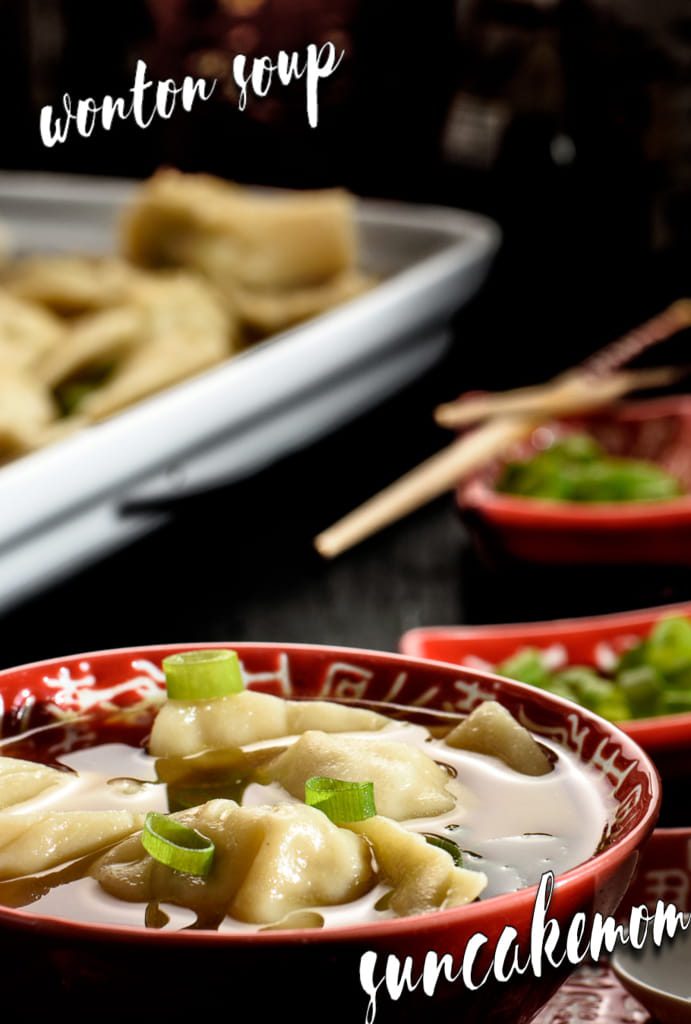