Soups are the easiest of dishes to nicely prepare or utterly ruin. The selection of soups is so vast that even categorizing them is a challenge. 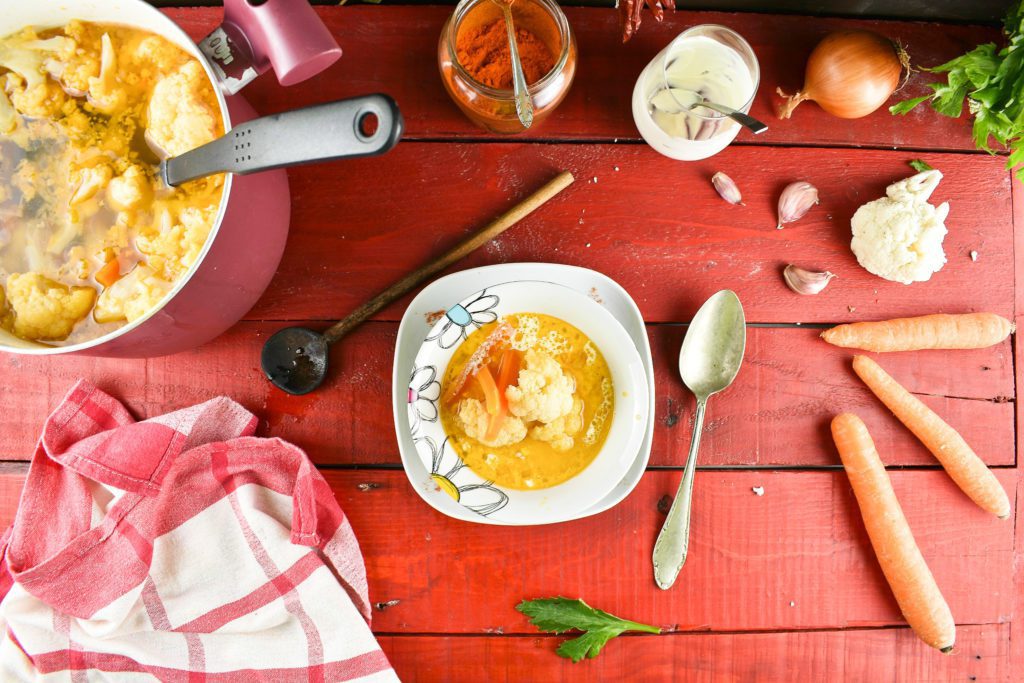 Soups are made since Prometheus brought the fire for mankind. First the water was heated by throwing hot rocks into hollow tree barks or stone crevices. Pottery was a huge step forward in this tedious process and soup making was advanced into the form we know today. Technologically it hasn’t improved much during the years. We still heat up water by some means and put edible stuff in it until changes its consistency to a more pleasureful and bacteriologically cleaner state.

There are two main groups that we can distinguish if we wish the categorize soups. There fall the Hot Soups in the first category those are served warm and the other ones are the Cold Soups which are regardless of the preparation process served cooled down. Within these two main, we can further categorize them to two great branch such as Clear Soups and Thick Soups. Further more, within these categories, there are more and more categories could be distinguished as more ingredients are used.

This list only collects the main, sort of well known soup types and organize them into some easily understandable form, without digging deep into thousands years of human history.

Stock or broth is a strained, thin, clear liquid in which meat, poultry, or fish has been simmered with vegetables and herbs. While normally used as an ingredient in other soups, it can be enjoyed as a light course on its own.

Bouillon is basically the same as broth, but the term refers to commercial dehydrated products sold as granules or cubes.

A bouillon cube, stock cube or broth cube is dehydrated bouillon (French for broth) or stock formed into a small cube about 1⁄2″ / 13mm wide. It is typically made out of dehydrated vegetables, meat stock, a small portion of fat, MSG, salt, and seasonings, shaped into a small cube. Vegetarian and vegan types are also made. Bouillon is also available in both granular or powdered form.

Consommé is a type of clear soup made from richly flavored stock, or bouillon that has been clarified, a process which uses egg whites to remove fat and sediment to make it perfectly clear.

Cook starchy vegetables or legumes in a stock or broth then puree ingredients. It is always recommended when pureeing the ingredients to use a portion of the liquid and add it slowly to get the desired thickness. The idea is to use the appropriate amount of natural starches in the main ingredients is to give you the thickening power. Once the soup is pureed, it can be seasoned to taste and served.

Bisque is a method of extracting flavor from imperfect crustaceans, not good enough to send to market. In an authentic bisque, the shells are ground to a fine paste and added to thicken the soup. Bisques are thickened with rice which can either be strained out, leaving behind the starch or pureed during the final stages.

Bisque is also commonly used to refer to cream-based soups that do not contain seafood, in which the sometimes pre-cooked ingredients are pureed or processed in a food processor or a food mill. Common varieties include squash, tomato, mushroom, and red pepper.

Chowder is a type of soup or stew often prepared with milk or cream and thickened with broken crackers, crushed ship biscuit, or a roux. Variations of chowder can be seafood or vegetable. Crackers such as oyster crackers or saltines may accompany chowders as a side item, and cracker pieces may be dropped atop the dish.

Veloute soup is made with 50% veloute sauce, made from stock of the main ingredient, plus 25% pureed main ingredient then finished with 25% liason that is an egg yolk and cream mixture.

The cooked soups are the ones that are heat treated then cooled down. Any of the above mentioned hot soups can be cooled down and essentially making them cold soups.

Uncooked soups can’t be anything, though as we shouldn’t slurp on raw chicken juices with ice cubes floating around if we want to live long. Uncooked cold soups must be made out of edible raw food such as fruit, vegetables and salads. The ingredients can be pureed or simply immersed into some sort of liquid like cream to qualify for soups then served cold.