Fond of big surprises or rather into small ones? Check out this dumpling wrapper recipe to enjoy life with wholehearted love! 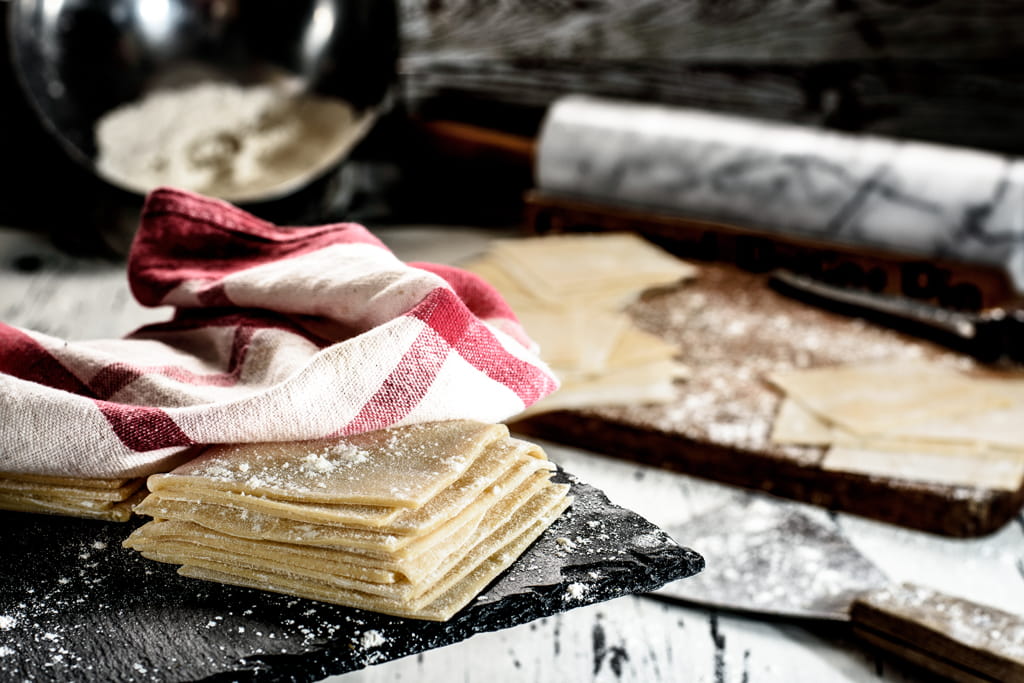 We, as humans, are very fond of surprises. Not the bad ones, like finding out someone has already eaten up the leftover from the fridge, but the ones that give us thrills.

Surprises nest in the most basic human needs for safety. More precisely, it uses our innate desire for predictability then flips it over with something, creating an unexpected event out of line with our previous expectations.

We can dedicate weeks or even years after years to blow all those preparations on a single night or morning or two, depending on Xmas customs. Some, who can’t bear the uncertainty, try to diffuse the stress, starting 25 days before the big event with small surprises.

No wonder that we have taken our love for unexpectedly finding good things to our everyday too. Well, some of us for sure because wrapping dumplings can be a difficult endeavor.

Not because kneading and folding pasta around pieces of meat is difficult but rather because we first have to decide what kind of dumpling we really want to make.

For most of us, who have ever tried some sort of Chinese food at least once, dumpling simply means just a kind of thing described above. For someone, who was born and raised on dumplings, there are a myriad of differences, one more subtle than the other. In its native land, a word like “dumpling” that collectively describes all the different steamed, cooked, pan or deep-fried starch wrapped goodies, doesn’t even exist.

It doesn’t help that dumplings can be made using various ingredients, yet the end results are eerily similar to one another. It has something to do with the fact that China which is the most prominent dumpling consumer, is huge and due to geographical and climate differences make the same dish from different ingredients.

This is why we have dumplings packed in rice sheets or flour-based wrappers. Regional differences and customs can further complicate our dumpling situation so we can add or ignore other ingredients like eggs or bread flour.

In its purest form, we can wrap dumplings into flour, salt and water kneaded dough. If we have specific requirements like we want to cook the dumplings and like to have a firmer, bit chewier texture then adding eggs to the flour, is a good idea.

To add an extra layer of complexity to the topic, size matters. Of course, we’ve got used to that since Italians poured all their love to name every of their different sized or shaped pasta to something special sounding.

Wonton dumplings are the dumplings that are used for soups, no matter the shape.

The same dough can be used to make jiaozi also known as potsticker dumplings but those tend to be bigger and fried in a pan rather than plunged into a pot of stock.

Wonton can also be deep fried, and those who are familiar with the truly American Chinese dish, egg rolls, probably find similarities with it pretty quickly.

Once we make the Wonton wrappers, filling them is pretty straightforward and with a little practice can be pretty quick too.

The trickiest part is, as with any wrappers, maintaining enough moisture so they don’t dry out, but the same time not overdoing it, so we are able to peel them off each other.

If we like to take our time with wrapping, it’s a safe idea to keep the sheets under a damp kitchen cloth and check on them if they need more or less moisture.

Freshly made wrappers tend to stick together so applying a thin coat of flour may be useful or if space allows it leaving them scattered around individually until filled.

Of course, if we plan to make dumplings from 4lbs / 2kg filling without practice, we may set ourselves up for a couple of surprises and not necessary the good ones.

Luckily, even if we botch the wrapping and only manage to fold our squares into rectangles, we still end up with tastily packed Wontons that surprisingly can flap just as nicely in our soup as the perfect looking ones. 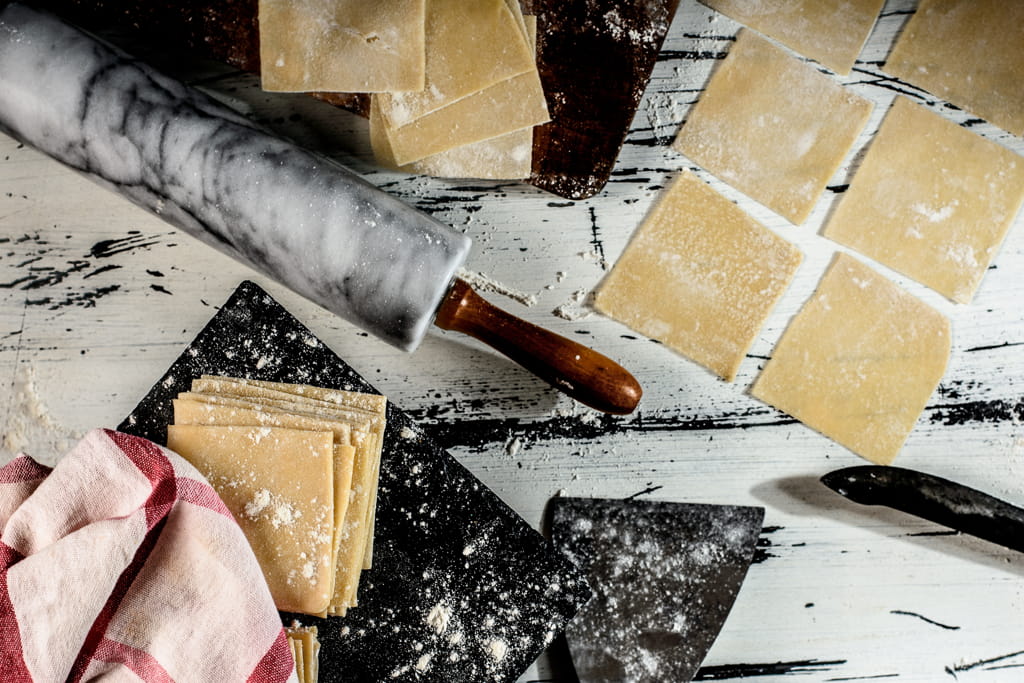 How to make Wonton dumpling wrapper 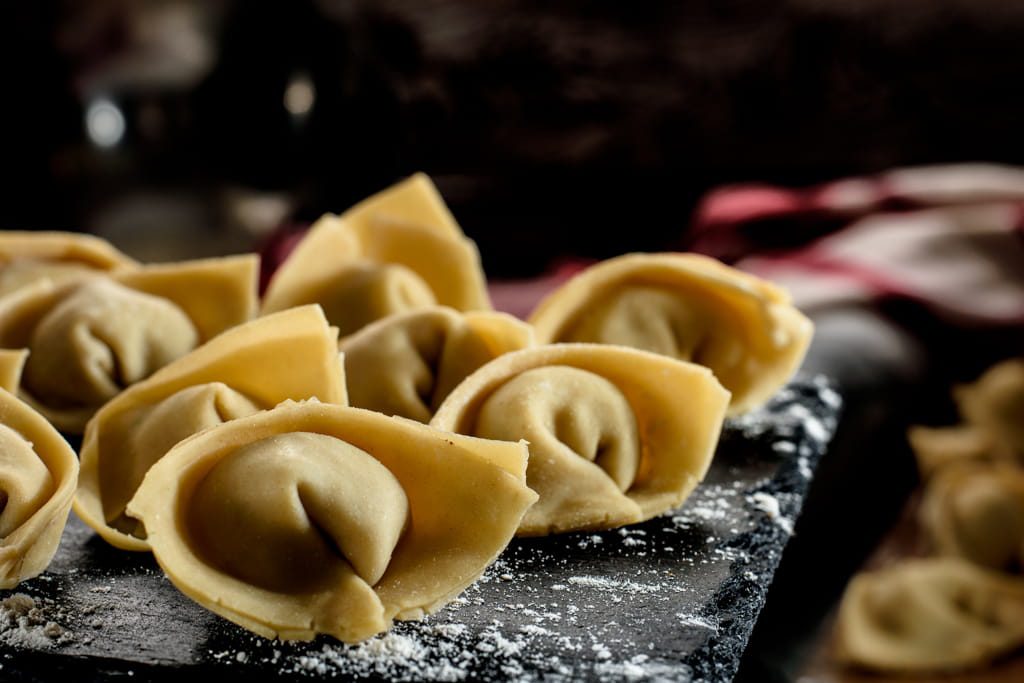 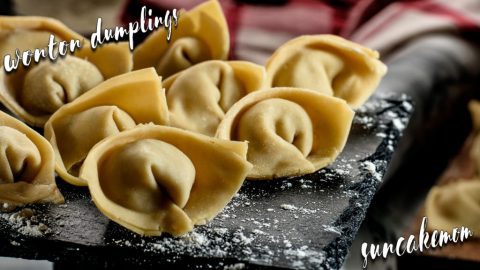 What is the dumpling wrap called?

It depends on which dumpling wrap. There are many dumplings in China each with a slightly different, shape, size and character. Wonton, jiaozi and gyoza from Japan are the three most popular wraps to make dumplings.

Are Wonton wrapper the same as dumpling?

Wonton is a type of dumpling from China so in a sense, Wonton wrappers are the same as dumpling wrappers. There are other dumplings that although similar to Wonton, they are considered quite different.

What are dumplings wrapper made of?

It depends on the region. In some part of China they are made with wheat flour while other parts they use rice flour.

Wonton wrappers are supposed to be thinner than Gyoza or Jiaozi wrappers. Of course, if we make them at home, exact thickness is not something we should be worried about.

What size are dumpling wrappers?

The size of the dumpling wrapper depends on what sort of dumpling we are about to make. Wontons are smaller, about 3″ / 7.5cm squares or isosceles  trapezoids while Jaoizi and Gyoza are 1″ / 10cm round discs. 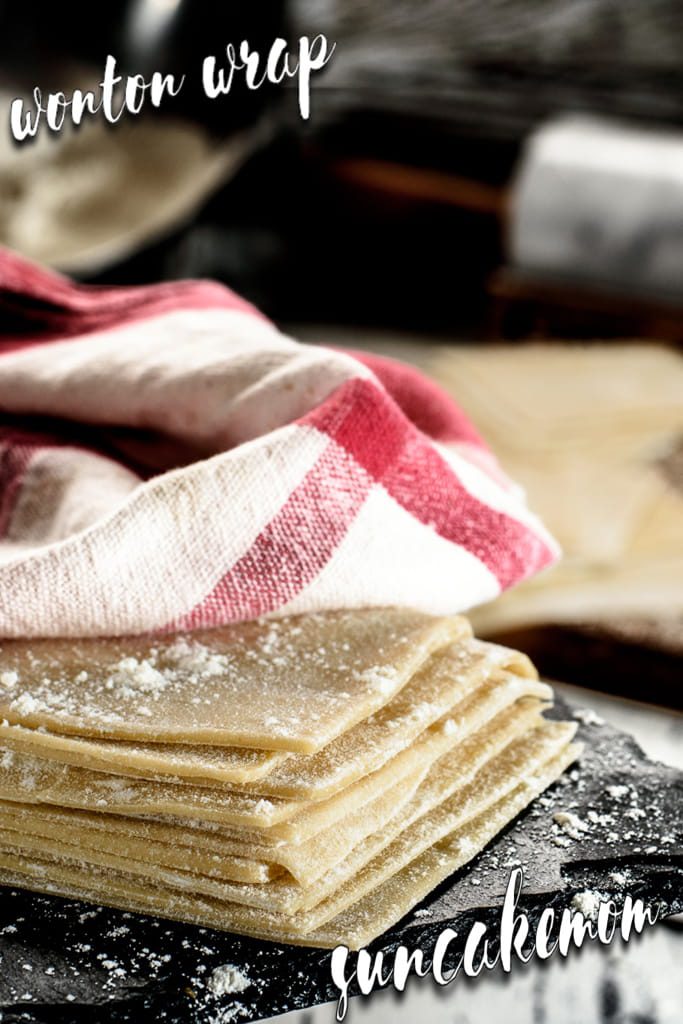