Looking to revive long forgotten memories or just longing for new ones? Let’s try this chimney cake that turns every memory a good one! 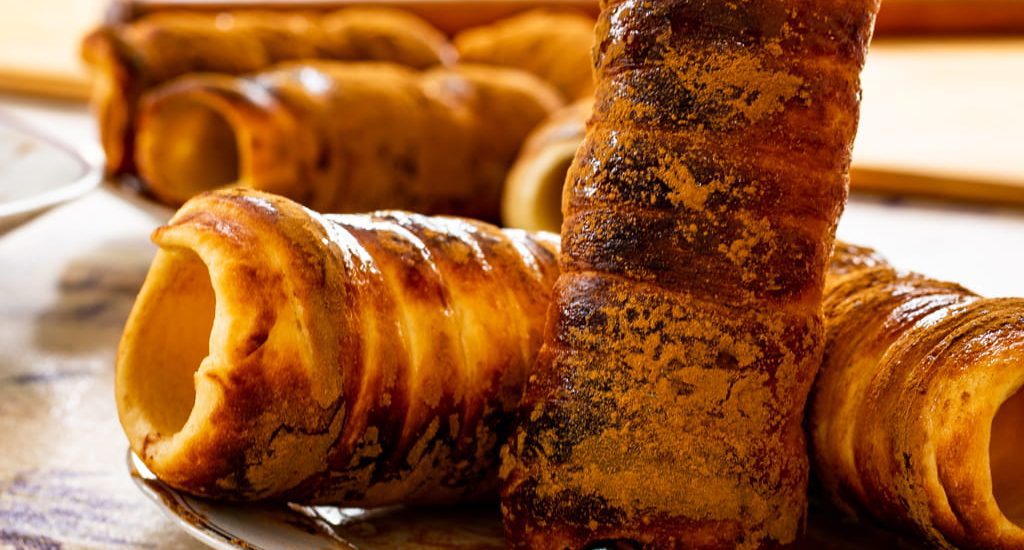 Most of us know the feeling when a highly anticipated piece of art doesn’t come out of the oven as it was expected. The disappointment, the powerlessness over the situation can overwhelm our feelings and we could beat the butter out of that miserable thing with the baking pin (if it wasn’t made of marble, of course).

Instead, we just burst into tears and scrape the remnants off the floor and find somebody to vent our anger out quickly. If we had a chimney cake right there and then (or an eat everything up solution like a hubby, kids, dogs…) we could air our frustration out easily.

But chimney cakes are actually not one of those things that come around easily, unfortunately. These are rather the ones that induce tears and require commitment to make. Given that we haven’t ordered a chimney cake making kit from AliExpress for a trifling $700.

It’s totally worth the price if we plan to make chimney cakes 24/7 and sell them for a lovely profit but only to provide a little excitement on one of the boring BBQ parties, it’s hardly a price to pay.

Unfortunately, it seems that China hasn’t yet caught up with the chimney cake frenzy the world is feverish about, and it’s pretty hard to get chimney cake pins delivered to our front doors.

We can, of course, pick up a couple of these tools for an outrageously small amount of money if we are willing to travel where chimney cakes are originated from. It may sound a ridiculously lame travel reason to sell for our future travel companions that we want to go to Europe to pick up a couple of sticks for baking so let just these things sit on the side note of our mental notebook.

It’s slowly spiraling into all the countries though which prompted to be protected by the same word of law that protects Italian Parmesan cheese or French Bordeaux wine. Not like anyone would name his own creation of the dessert to unpronounceable Kurtoskalacs but still if someone wants the real deal, Hungary is the place to get it.

More precisely Transylvania which is a part of Romania now with significant Hungarian population and some historical disagreements that we are not diving into.

As it is with a plenty of other European food, no country was so clever to develop their cuisine in isolation (except maybe the Brits did with the Fish and Chips) hence there are many similarities yet considered traditional to each nation.

So when we cue in Prague for Ice cream filled Trdelnik at one of the popular tourist spots, don’t be surprised getting similar Kurtoskalacs that we would get in Hungary or Transylvania, except it is filled with goodies and is not covered with it.

Chimney cakes are traditionally covered with crushed walnut and sugar but we are going to omit sugar and use honey as a much healthier and natural sweetener. Any other sweetener can be used, mixed with a wide variety of different ingredients like shredded almond or coconut, ground cinnamon or cocoa.

For those who aren’t willing to discover the real dwelling of Dracula, ride 5 horses at once or indulge in cheap beer while hunting for chimney cake pins, there is still a pretty easy way to make chimney cakes with a help of tin cans.

A long tin can, like the 25FL ones would do that, as it is able to withstand the heat of the oven without poisoning us with plastic or paint. If desired a sheet of tin foil can be wrapped around the can to make sure no paint contaminates the food and we are set to roll. 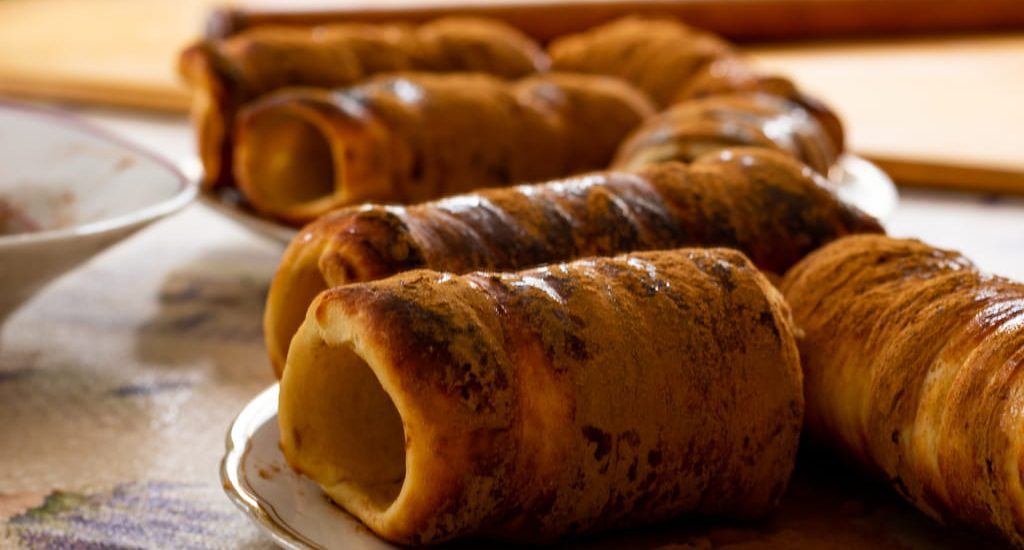 How to make Chimney cake 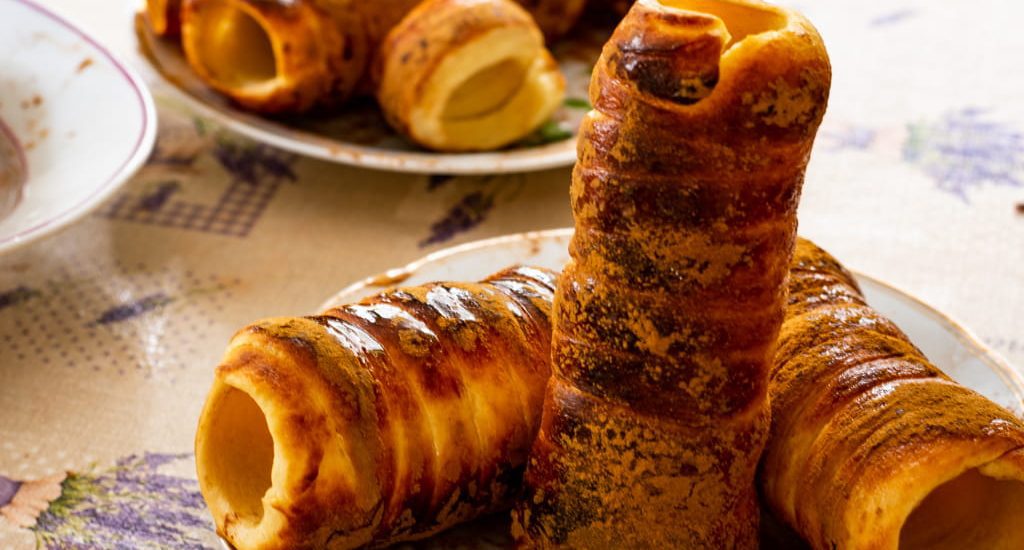 Note: This recipe is a refined sugar free Chimney cake recipe. It uses honey as a natural sweetener but it can be substituted with any sweetener of choice.

Chimney cakes are a real treat but so are these cuties:

What are chimney cakes made of?

In it’s original form it’s made from plain flour, sugar with some water and yeast as most of the yeast dough. On the outside can be covered by crushed walnut, cinnamon or nowadays many other imaginable ingredients that taste good on sweet breads.

Where is Chimney Cake from?

No, it isn’t vegan if it’s made with butter and eggs. Replace butter with vegetable oil and eggs with a favorite egg replacement to make a vegan version of it. 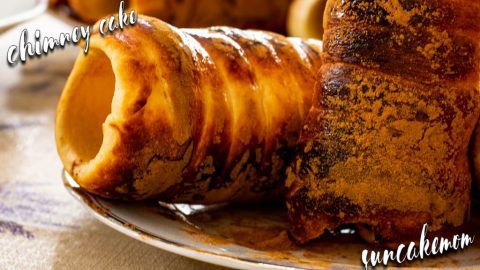 This recipe is a refined sugar free Chimney cake recipe. It uses honey as a natural sweetener but it can be substituted with any sweetener of choice. 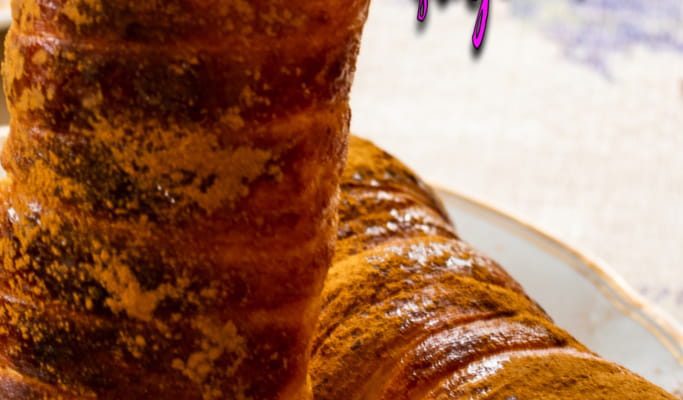