Looking for a recipe to use up a bunch of ripe bananas? Almond flour banana bread is here to help! It’s naturally gluten free and naturally sweet! Tasty! 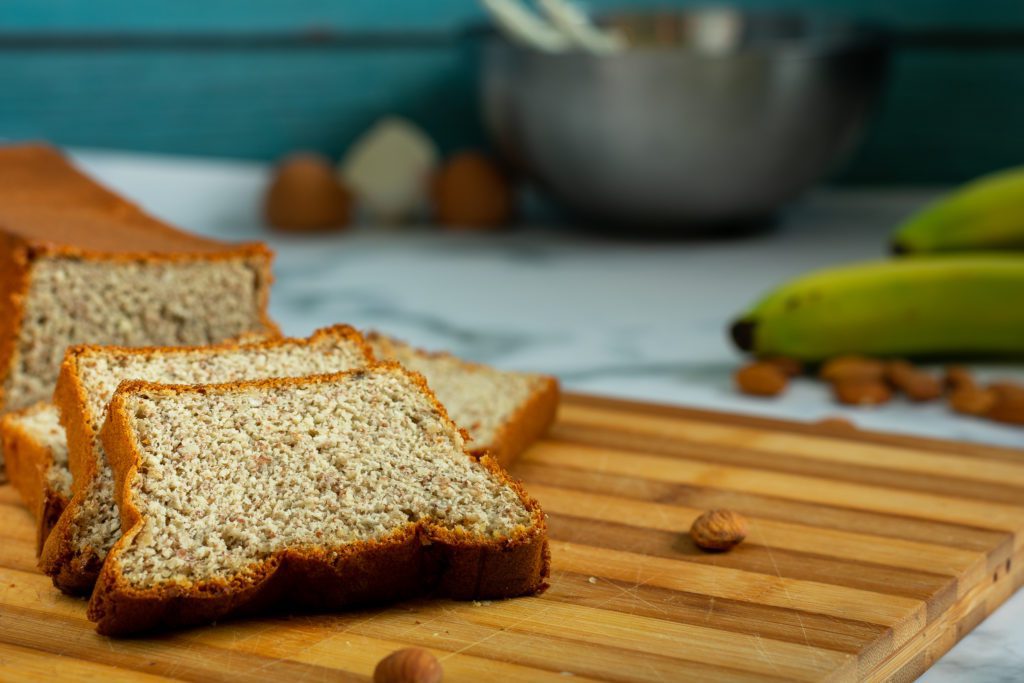 Not everybody loves banana bread. But those who do, love it deeply. So passionately in fact that there is a National Banana Bread Day in the US on the 23rd of February every year. Not bad from a bread made from scraps.

However, there is an ongoing feud between professional chefs and housewives about who invented the banana bread but all accounts agree of the necessary ingredients of a perfectly moist banana bread or cake.

Lines are quite blurry between the two givens that both things contain ripe bananas that have a habit of being sweet. In fact, the housewife version of the banana bread claims that the bread was invented as an ingenious way to use up the overly ripe almost rotten bananas from the counter top.

At the same time the food industry claims that banana breads were invented to promote baking powder in the 30’s. Who is right, we may never know but banana bread definitely needs some kind of raising agent to avoid being a block of sweet flour?

Its sweetness is what makes it difficult to distinguish the banana bread from a cake. It doesn’t help much that there aren’t established baking forms for either one. The slight difference would be that cakes are generally sweeter than bread and extra sweetener are added during the preparation process.

Not like any of them would ever need extra sweetener but some just can’t resist pouring a couple of spoonfuls of sugar into anything that isn’t tooth hurtingly sweet. No wonder alternative sugar free diets are on the rise.

We have been stuffed with sugar for decades. Sure, we don’t need much encouragement as we never needed when it was about highly addictive substances but the industrialized sneaky sugar coating everything that touches our plate didn’t help much either.

Now, we try to get off sugar and still stay sane in the process by looking for natural ways to satisfy our cravings for high energy food.

Banana bread is naturally high in carbs due to the plain white flour that is made of; not to mention that bananas are quite high in fructose, too. But there are flours that supposed to be much better for us than the plain nutrition free white flour.

Almonds are a very popular choice when it comes to low carb baking, thanks to its wide availability and fairly neutral taste.

Unfortunately, almonds lack of the elasticity of gluten and the food for fungi so it will never substitute the proper yeast raised cakes and bread. Yet anything that is made with baking powder and eggs will turn out just as good as the good old white bread.

So, when a couple of bananas are rotting on the counter top yet no mold has been set on them, we should be thinking about fetching a bag of almond flour. In fact, we may get the almond flour together with the bananas because as capricious bananas can be, we may never know when we need to mash some together for a cake. 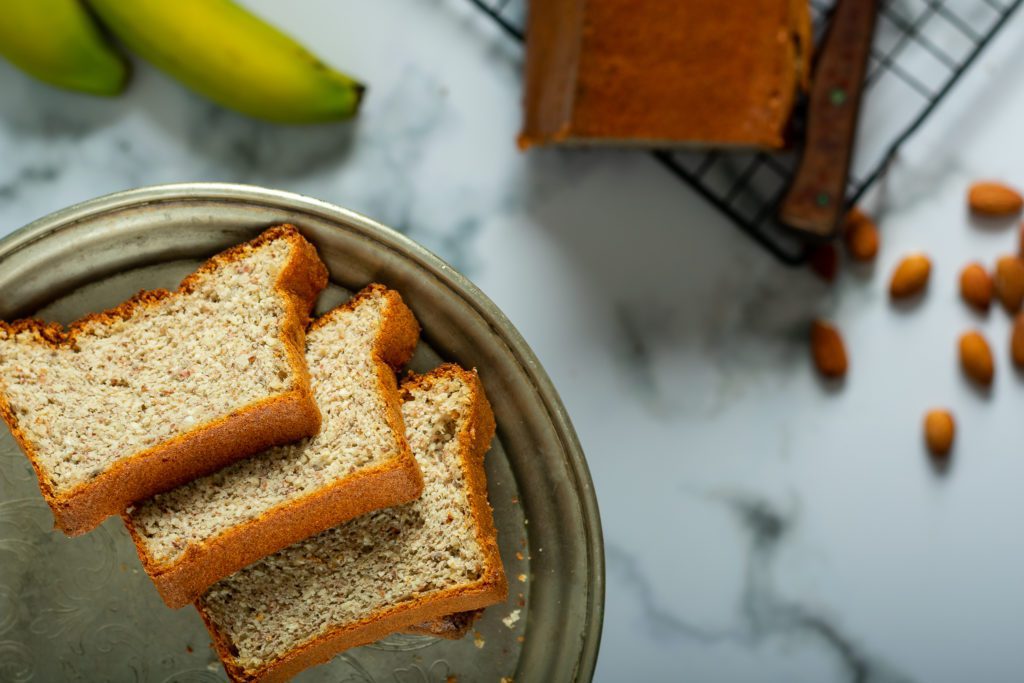 How to make banana bread: 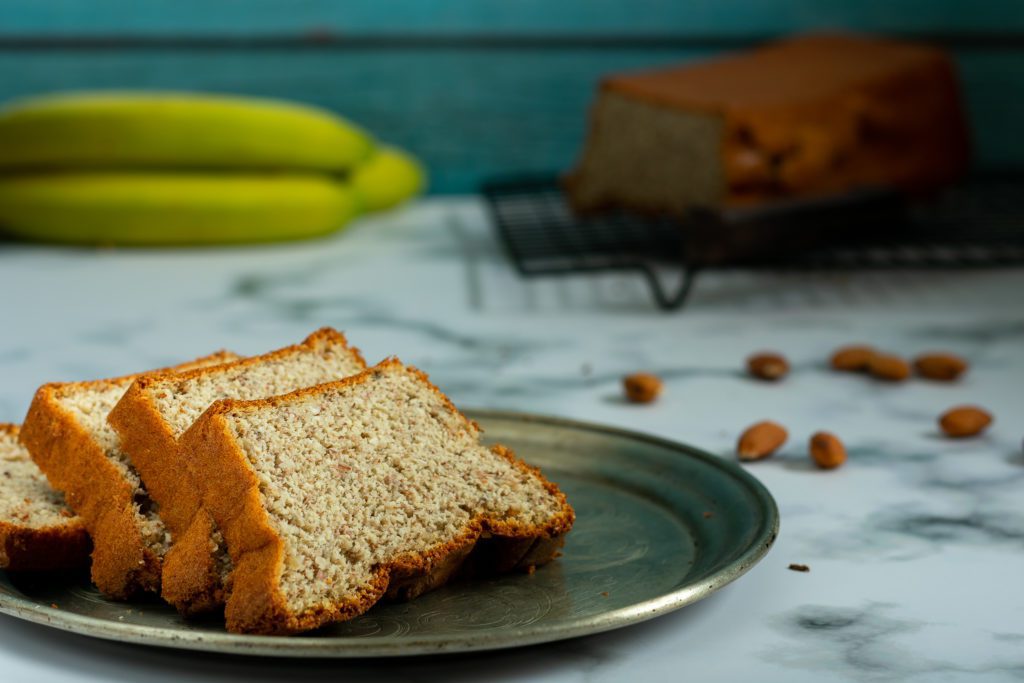 What’s the difference between a banana bread and a pound cake? Let’s taste it out: 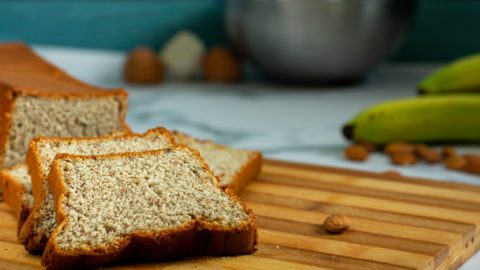 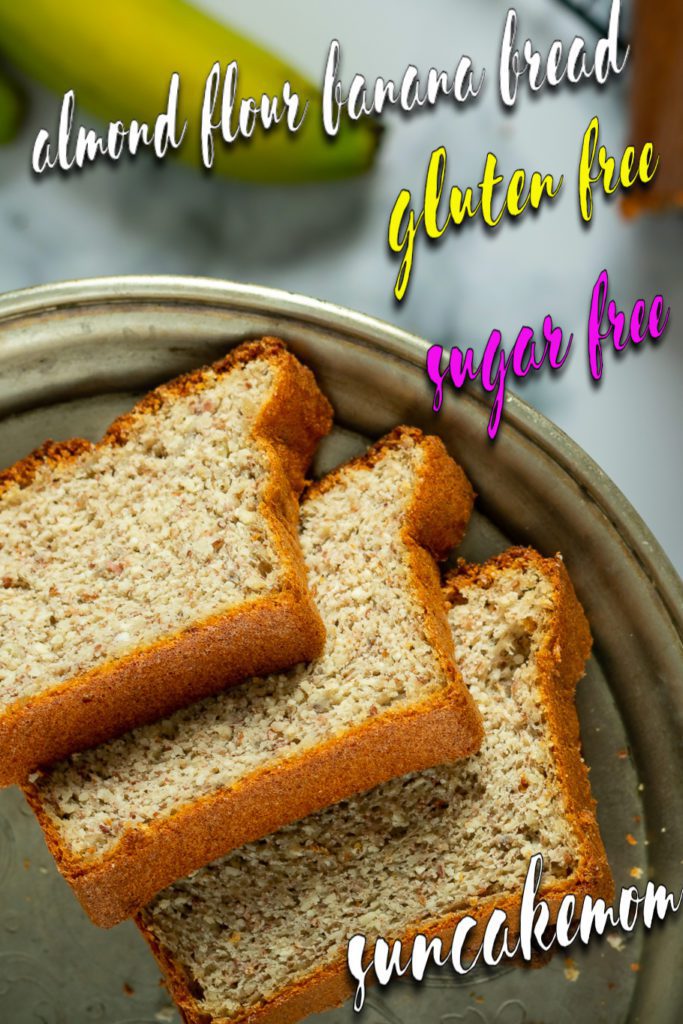