Healthy dessert made of poppy seed with a touch of coconut. Naturally sweetened with banana and made exciting with some juicy apple shreds. 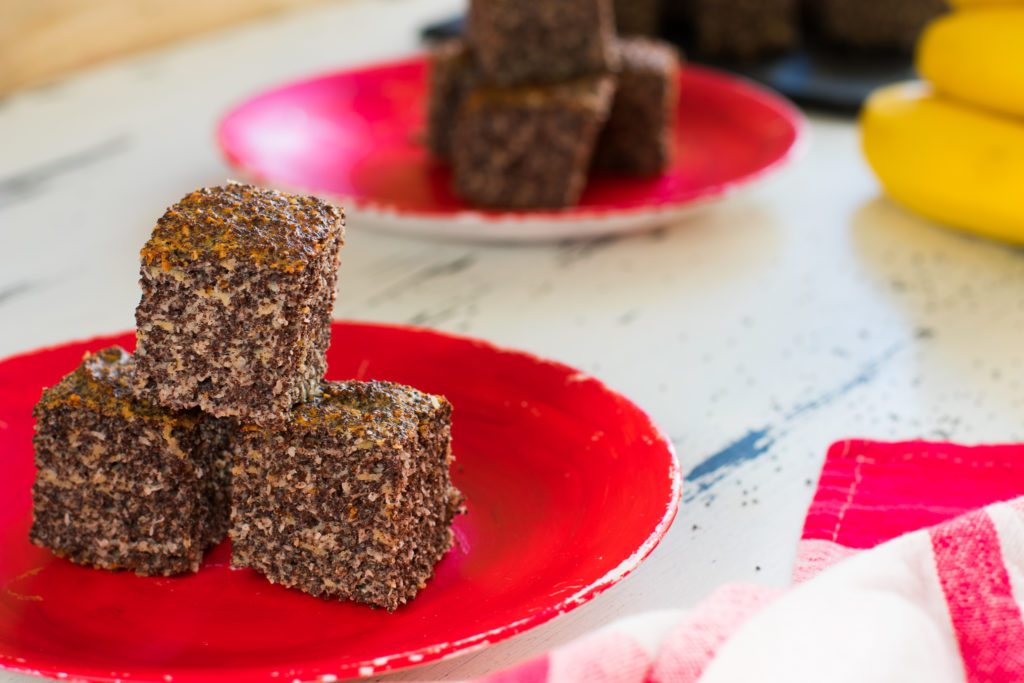 Despite poppies gorgeous looking flowers and being adored by many, their reputation is rather tarnished due to its fame of being the source of opiates. There is difference between poppy and poppy, though.

The red poppies, we see on the meadows and photograph them eagerly at every spring, no matter if we have hundreds of other pictures of them, aren’t the same ones as the yellow or purple ones.

The purple ones are actually quite rare to spot in the wild nowadays but easy to encounter them on neatly organized fields where they are cultivated for their various uses.

One such usage is to make opium out of them by cutting lightly the immature green pods before the seeds are ripe and collecting the out leaking latex found right under the skin.

It’s a rather labor intensive job and results in the spoil of the seeds. Luckily some time ago a chemical process was developed to extract the opiates from the poppy seed heads by using the matured plants, saving the seeds and the opiates as well.

Poppy seed is used in culinary for ages in various breads, cakes or drinks and still used today. However, nowadays it’s not widely popular, tea made from poppy seed is still used in traditional settings as cure for many illnesses. Considering its contents people must find it very relaxing indeed.

Unfortunately, or not we can’t get high on poppy seed no matter how much we eat. Poppy seed contains no opiates but during the harvest, it can be contaminated with parts of the opiate containing stems. The effective amount is basically nonexistent but still can cause problems on drug tests, so if we plan to do drug tests in the next couple of days, it’s better to stay away from any kind of poppy seed cakes or breads.

Using whole poppy seed as a decoration on top of bread or any other pastry, like poppy seed hot dog buns or burger buns, is fun way to add texture and distinguish our creations from the rest of the flock. Not to mention a minuscule but still additional nutritional benefits.

Everything is changing when the poppy seeds are ground and used not only as a decoration but a main ingredient in various cakes or as a filling as in the poppy seed rolls.

There is a myriad of desserts originated mainly from central Europe where people can’t get enough of poppy seed and they stuff pastries, sprinkle it on pasta or make bread out of it. Above all, it is entirely legal to grow it anywhere they like, as long as they don’t make drugs out of it. Why would they, when they can make a nice cake anytime goes with their cup of tea. 😀

Those traditional recipes though mainly use white flour that we like very much but not all the time. Especially not when we can have so much better.

Using natural and healthy ingredients, we can make a cake that fits for many diet easily while still being delicious. This particular recipe will use banana and apple as sweetening agents effectively, creating a poppy seed banana bread with a bit of shredded coconut for fun’s sake. 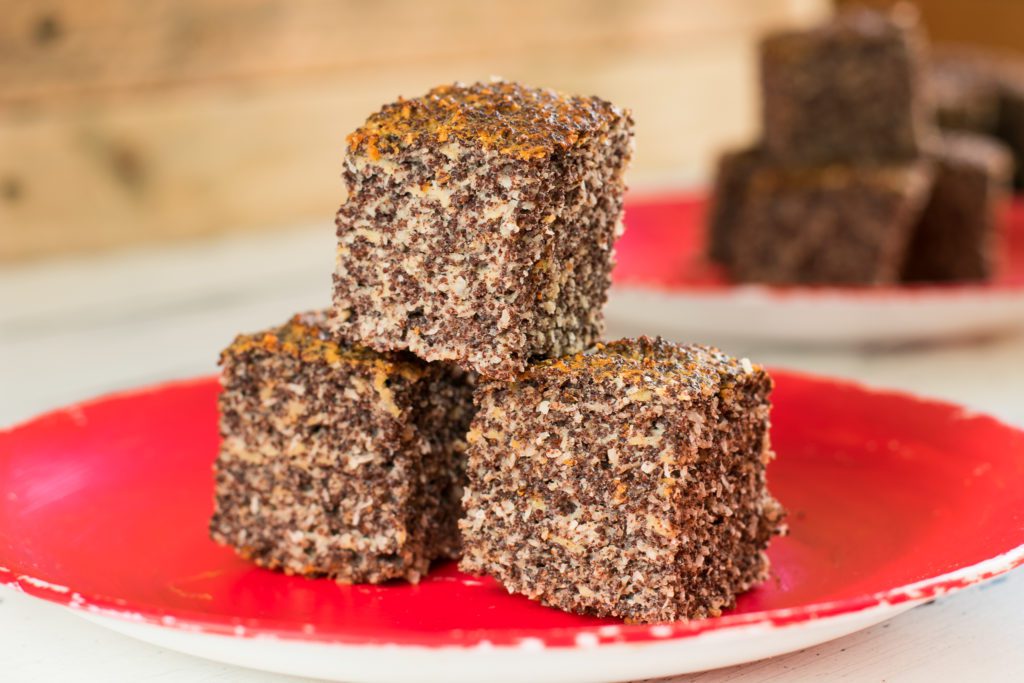 How to make Poppy seed cake:

Note: For added pleasures serve it with vanilla custard. 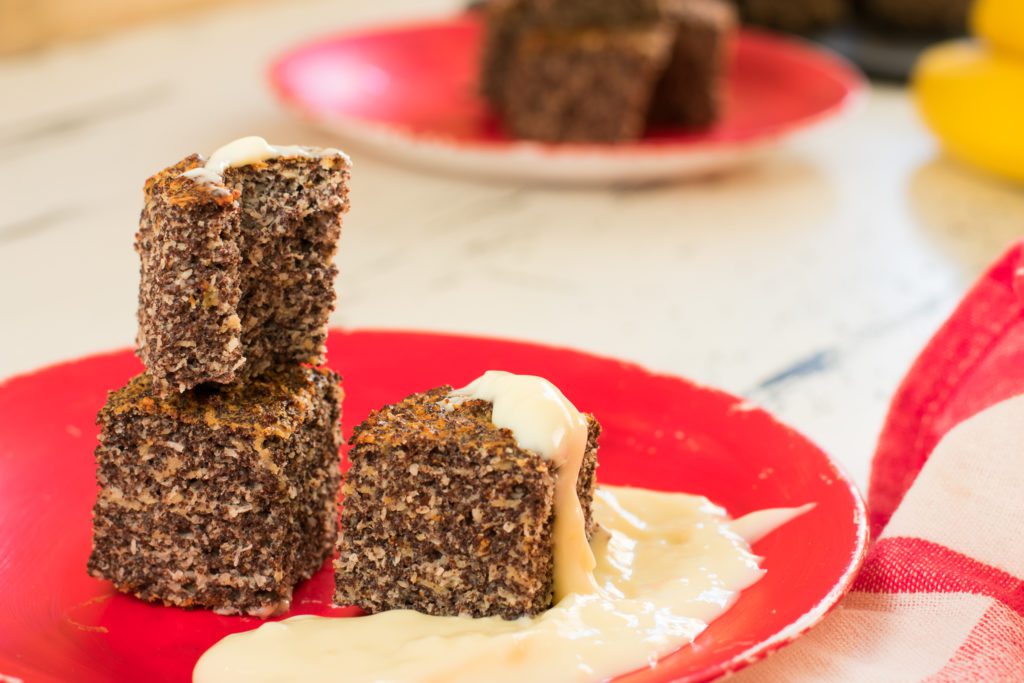 Flavors aren’t just ingredients but shapes too. These cakes come in squares but they are at all not edgy: 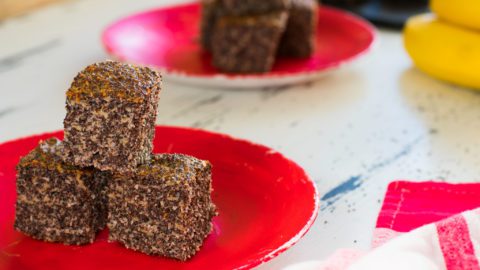 Note: For added pleasures serve it with vanilla custard. 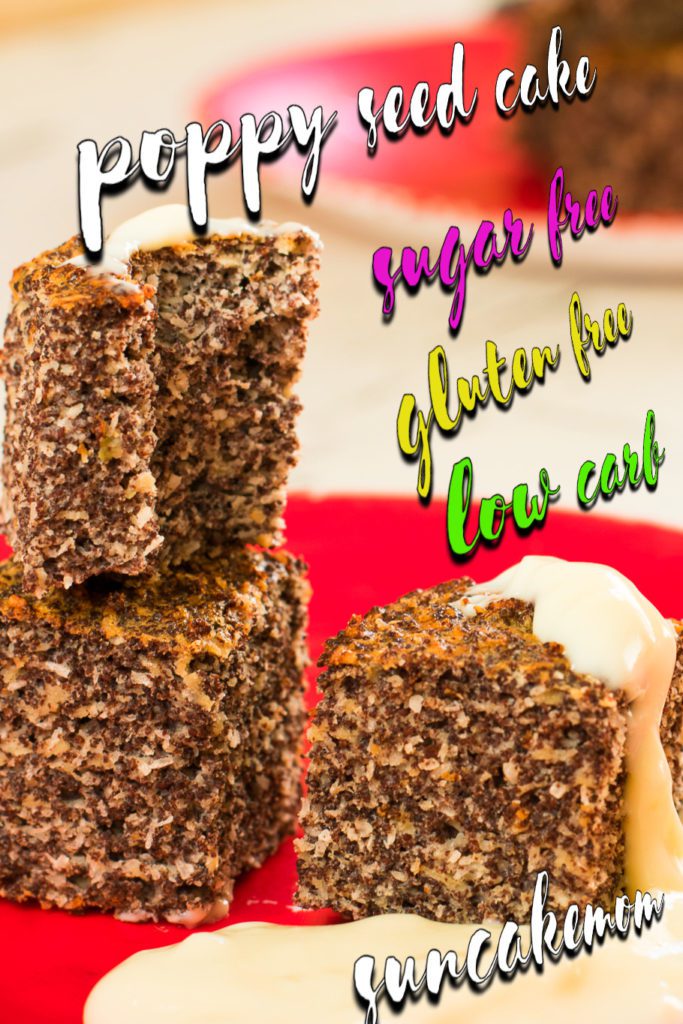