Are the roots of our life deeply embedded in the cultures of our past? Let’s roast some mushrooms and see how deep those roots really are! 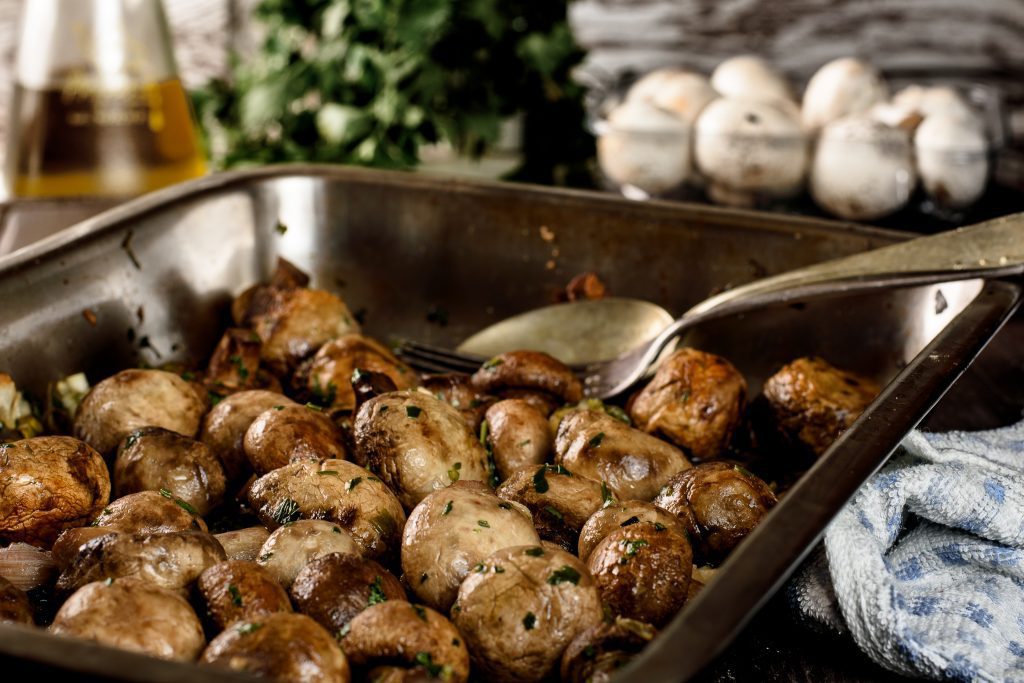 We know so little about our world. Yet, we’ve made it work, with such knowledge as we’ve gathered during the millenniums.

What are the essentials of life?

Life doesn’t require much brainpower. In fact, there are species which weren’t that eager chomping on the knowledge of apple and still live the best of their lives in paradise.

They know about what they need to know for survival but not much else. They certainly do not daydream or seek mental crutches to prop up the shabby pieces in their world theory with imaginary creatures and supernatural beings.

Our inability to understand our surroundings properly and our urge to control even the unknown, created a fertile ground to plant the seeds of imagination for generations.

Does the past really matter?

Unfortunately, not much of humanity’s early stories have survived due to lack of proper conservation policies across the tribes. We can observe some of their adventures on the walls of caves across the globe or in case of more advanced societies their marks on tables of clay and stones.

Later civilizations put more weight on the importance of transferring knowledge from one generation to the other than telling tales at the fireside. They built libraries and invented tools to ease the transfer of thoughts.

Ancient Egyptians found a way to preserve their thoughts on scrolls made form a plant called papyrus six thousand years ago. The library of Alexandria housed between 40.000 to 400.000 of such scrolls at its height.

Where has our past gone?

Outside of Egypt, papyrus couldn’t make a lasting impact, mainly because of their lack of humidity tolerance or rather mold tolerance. Luckily, people of the era could come up with alternative solutions, like parchment that made out of animal skins and was much more durable, although it was not very animal friendly.

Due to the lack of animal welfare legalization, parchment became the de-facto way of recording human interactions, general affairs and historical events until the Chinese invented paper could take its place in the 15th century.

Interestingly though with such great effort that we put into preserving our knowledge and essentially who we are for future generations; we are doing an awful bad job of it considering that not many clay tables, papyrus scrolls, parchment, or even old books we have in our keeping.

Are ideas matter more than life?

It must be something to do with those tribal habits of waging wars between each other and destroying not just the people themselves but their ideas too.

Afterall, we as humans are nothing more than ideas about ourselves and the society, we live in. Our gods, laws, and way of life just the brainchild of our imagination. There are no physical forces to make us believe, comply, or follow what we thought up.

Or not directly, at least. We have our ways to make people follow the rules or at least punish them if they don’t or shame them to fall in line with the expectation of the society. Not to mention how great work churches do with keeping the faithful among their walls for centuries.

The strategy proved quite popular in the later spread of Christianity too where many local pagan customs were incorporated into Christian ceremonies -like the winter solstice on 25th of December known as Christmas today- and later widely adopted.

Many of these customs we follow religiously as partly conserve our tradition and who we think we have no real meaning anymore. If we dive a bit into our past through our history, we realize that we are stuck between two worlds, much like mushrooms on a tree.

Not because mushrooms can’t move because actually, they can as mushrooms are as much animals as many plants. Only their moving is like the ideas of humanity through centuries, slow and heavy with burden.

Mushrooms move by spreading like a drop of stew on a white shirt only that they are kind of invisible. When we can spot them as mushrooms, they are only the flowering fruits of the fungi that they really are.

The visible mold on the wall or the mushrooms on the trees are just the fruit of an invisible force that drove its growth waiting for the right moment to arrive and grow out of seemingly nothingness. Yet as much as the setting of Christmas trees has its roots in traditions long forgotten, mushrooms have their strong foundations unseen but deeply embedded not just on the surfaces they grow, but in our lives, too. 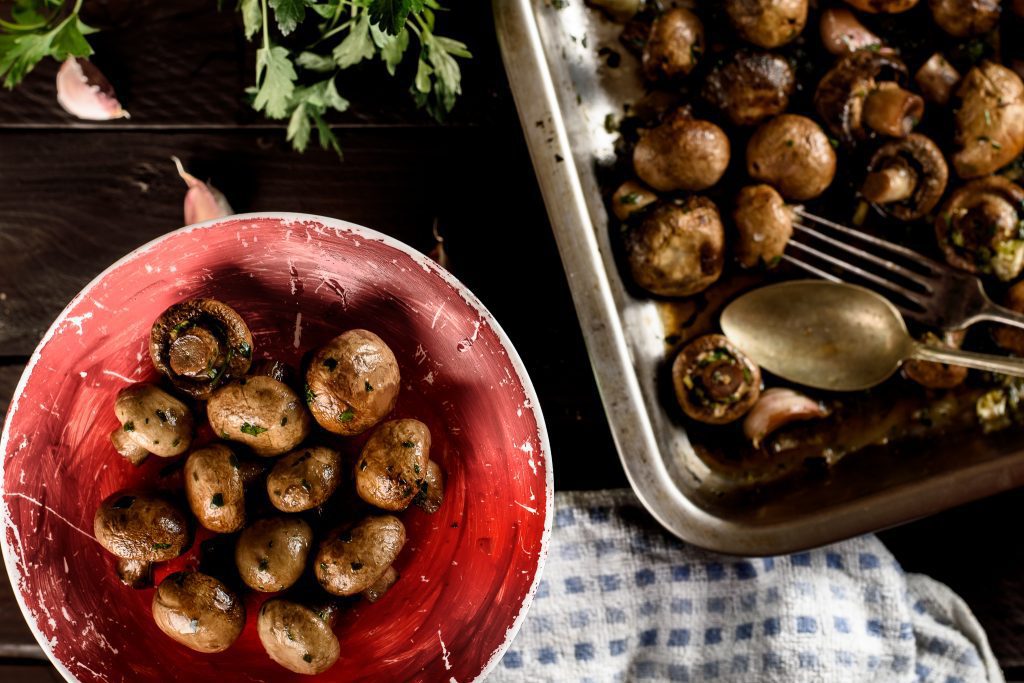 How to make Roasted mushrooms 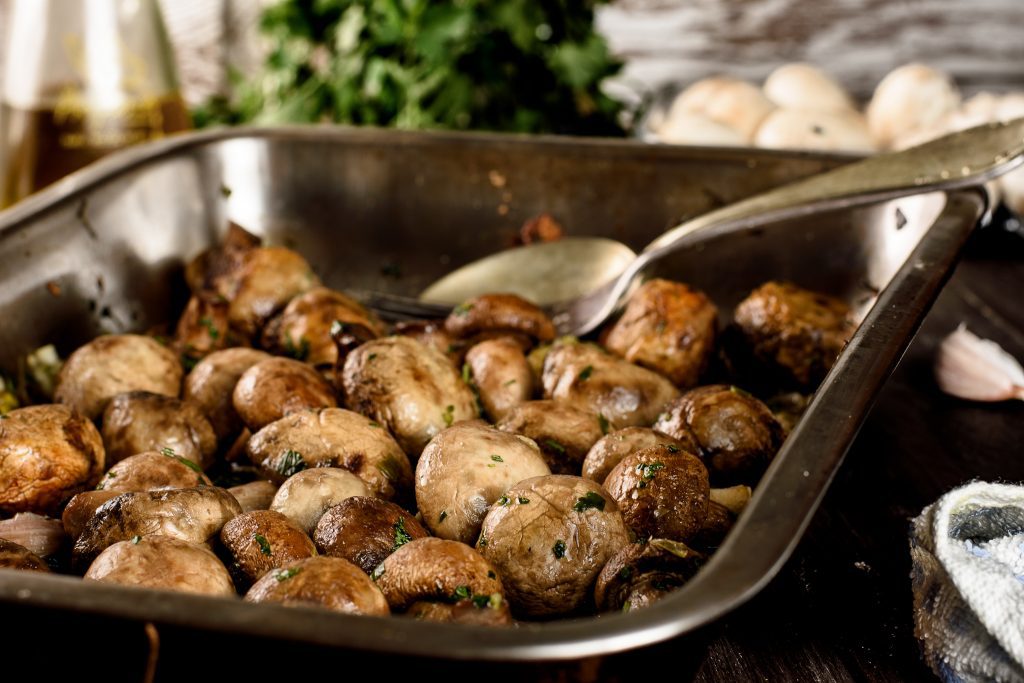 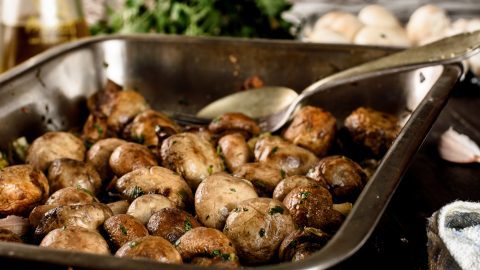 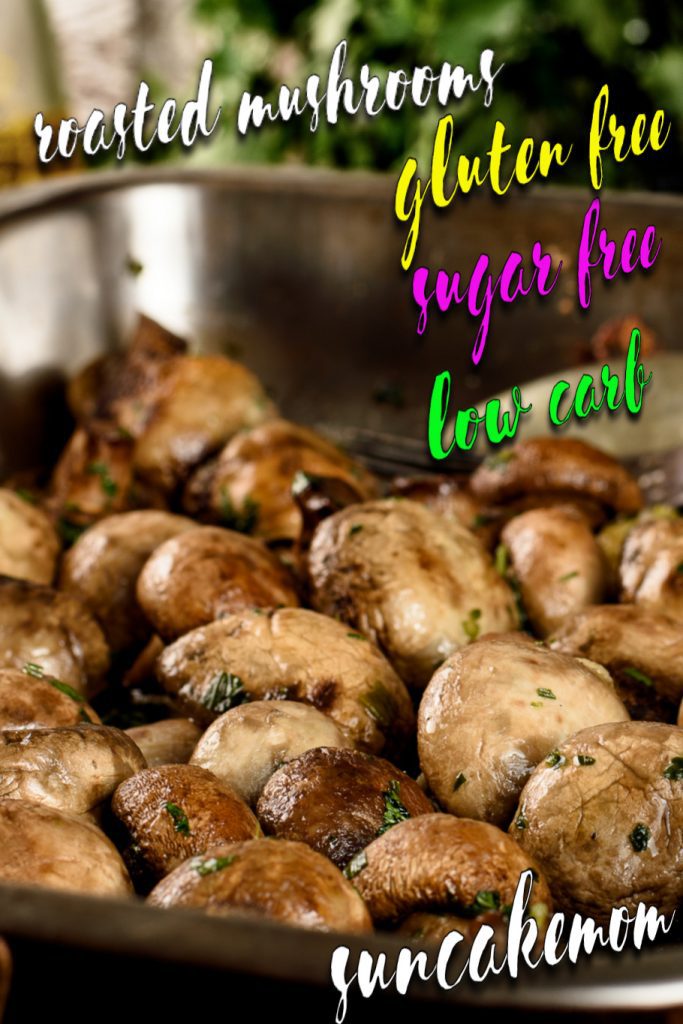