Running from old dishes or looking for exciting flavors? Check out this roasted eggplant recipe that smooths out life’s wrinkles! 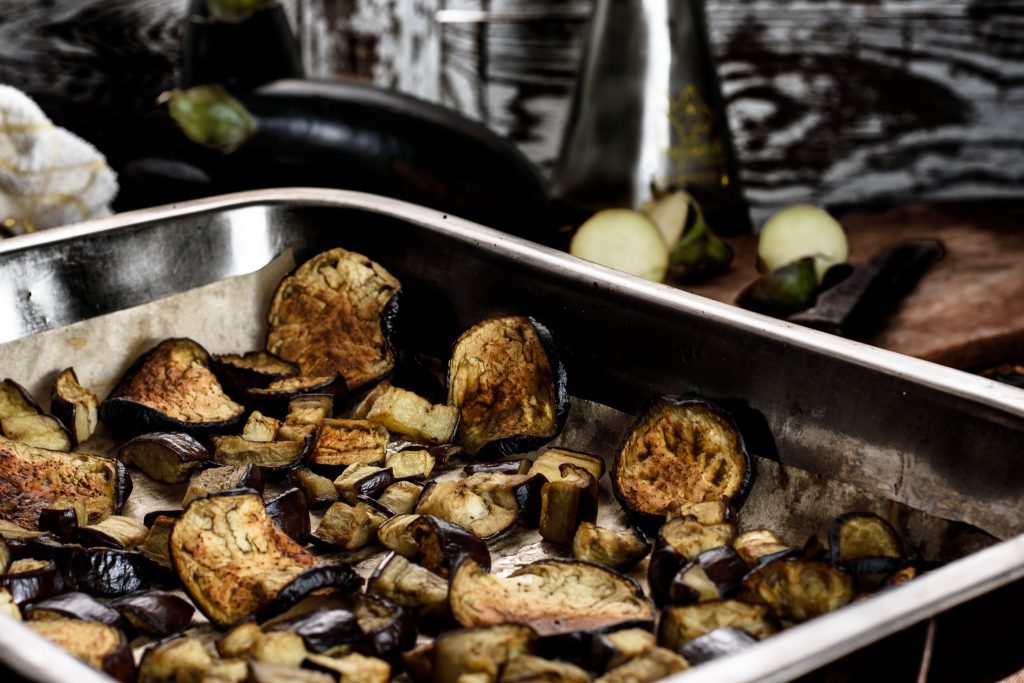 Getting rid of old habits can be much harder than it sounds. First, we can’t really get rid of habits, since habits are shortcuts triggered by cues to familiar actions with proven rewards that our brains stores indefinitely to save energy.

Unfortunately, our brain is more than capable of creating habits from anything that sees as rewarding, even after a first successful try, we are in great danger trying out highly addictive substances or experiences.

To make matters worse for many of us, such habits were being created without our conscience by our parents, teachers or society with good intentions. Not like it would be easier getting rid of them if we had signed a conscience of agreement but at least, we’d be aware of them.

The worst thing about habits is that we aren’t really aware of them. To get rid of them, first we have to identify them then figure out their root cause and only then we can start thinking about how to address them.

Since we can’t eliminate them, we have to find ways to bypass them. Some habits, which aren’t necessary for our day-to-day life, like smoking, drugs or gambling are fairly easier to overcome, since we can simply cut them out. We only need to identify the cue that causes us to start doing it, eliminate that cue from our life and the psychological addiction part is already addressed.

Sometimes, the physical addition part is still lingers there to address but it isn’t that bad, once we are able to take our minds off and focus on other aspects of our life.

Other habits though, which are in a way necessary to our survival, like eating, we can’t get rid of completely. Luckily though, there are methods if not completely change them but at least bend them to our will and eventually change them.

Not all habits are bad but some, that can cause our health deteriorate, are definitely not worth keeping. If we can’t eliminate the cues that trigger them, we need to change the reward, we get from our actions to something that is less destructive or possible constructive.

For example, if we can’t get rid of having a snack each time, we go for a break from our screen then swap the chocolate bars to a fruit or nut mix or a sugar free hot cocoa. The habit itself stays intact with all the cue, action, and reward but we have changed the reward itself to something that is constructive.

Of course, we can’t always find the best and we have to put up with something that is good enough for the time being to fill the gap.

Similarly, as eggplant has been used for centuries to add volume and a bit of excitement to the dishes or various cuisines without adding or taking away anything particular from the dish.

Botanically eggplant or aubergine, as Brits call it, is a berry.

Although eggplants are popular in many cuisines, its usefulness to the human body in the micro and macronutrient level is negligible. It makes it ideal candidate for various diets that like low carb keto, gluten free, vegan or basically any, where volume is required but calories not so much.

Although belonging to the same nightshade family as tomato, potato or tobacco, eggplant comes from the old world as a result of two separate domestication, one in Africa and the other in China.

If we try to quit smoking, it may be worth to remember that eggplant seeds are covered with nicotinoid alkaloids, same as tobacco which is the plant’s natural defense system against pests. It’s completely edible but like tobacco, it’s a bit sour and it may induce nicotine cravings if we are in the process of waning ourselves off tobacco.

The flowers and leaves can be poisonous if consumed in large quantities, but we rarely meet those parts in a regular hunting environment where most of us do their shopping activities. It’s worth to mention that due to eggplant’s high histamine content, atopic individuals can have an inconvenient time with it, even after thoroughly cooked.

The name eggplant comes from the US and it was reserved for the white cultivar of the plant which fruits at its early stage resembles hens’ eggs.

It’s other name, the aubergine comes from French through Spanish (alberenjena) influence from the Arabic  (al-)bāḏinjān and it means nothing else but the plant itself so no deep meaning there, apart from some obscure references that the ancient origin of the word might refer to the plant’s presumed flatulence curing properties.

Although, we may have a certain color associated with eggplants, various cultivars at various regions have different colors. White, yellow, green or our favorite, the purple can all be seen on some variety of eggplants, including some sporting various gradients of colors.

Despite its disappointing nutritional or calorie values, eggplant’s ability to absorb sauces and fats, ensured its place in the cuisines in many countries as a way to add bulk to the dishes.

Granted, quite disappointing when raw. once it’s prepared by some cooking method and a bit of salt, it develops exciting flavors and we may start to wander why we haven’t tried eggplant on its own before. 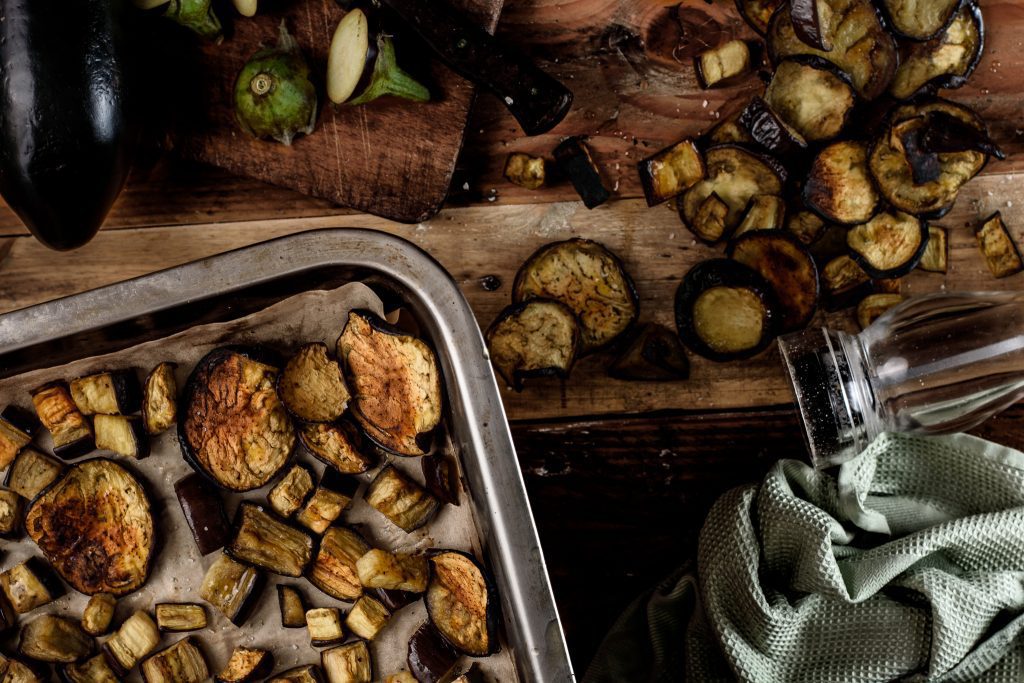 How to make Roasted Eggplant 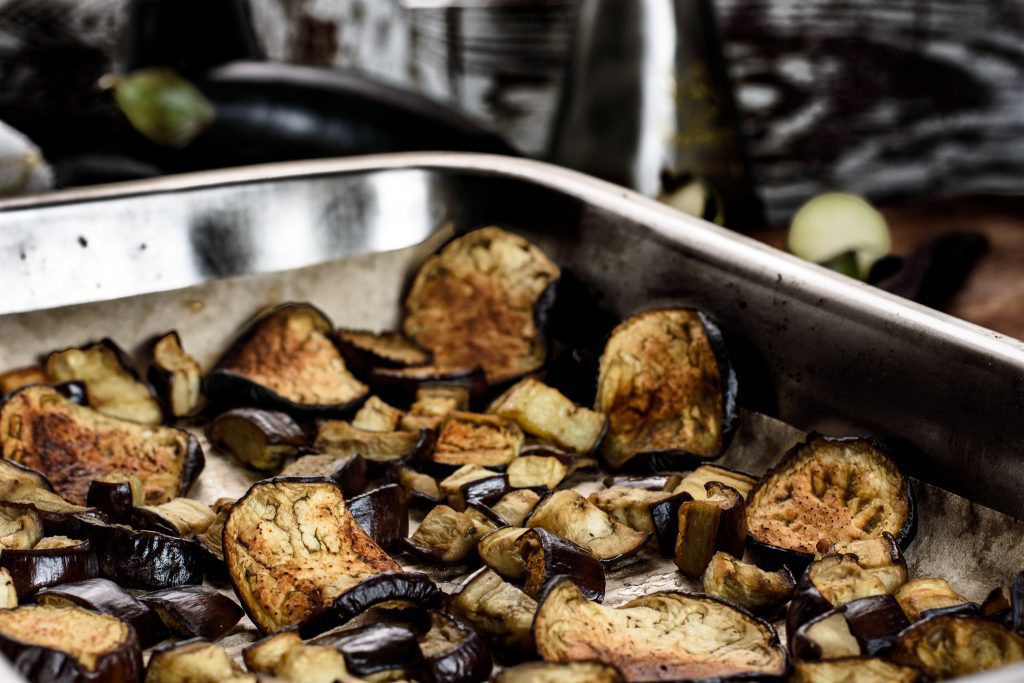 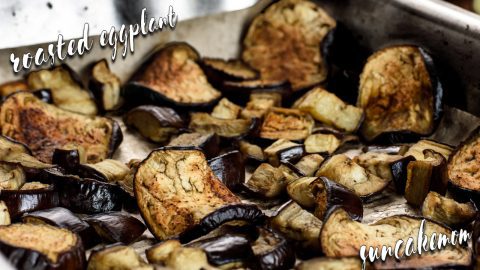 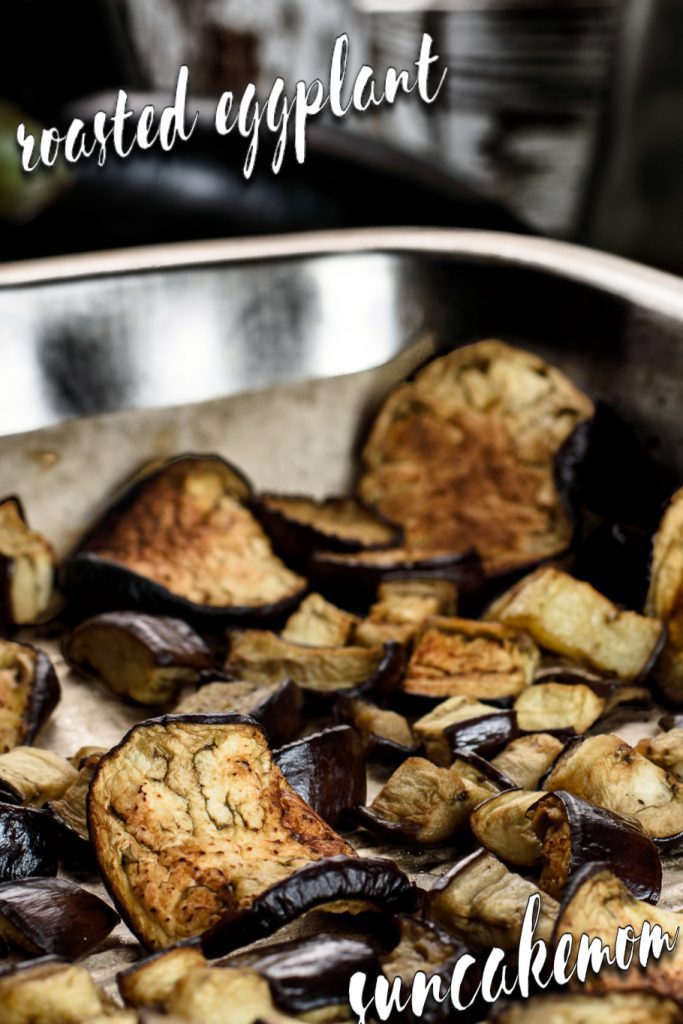