Looking to save some time or just need something less familiar? Check out this Mashed potato with skin recipe that turns anything peculiar! 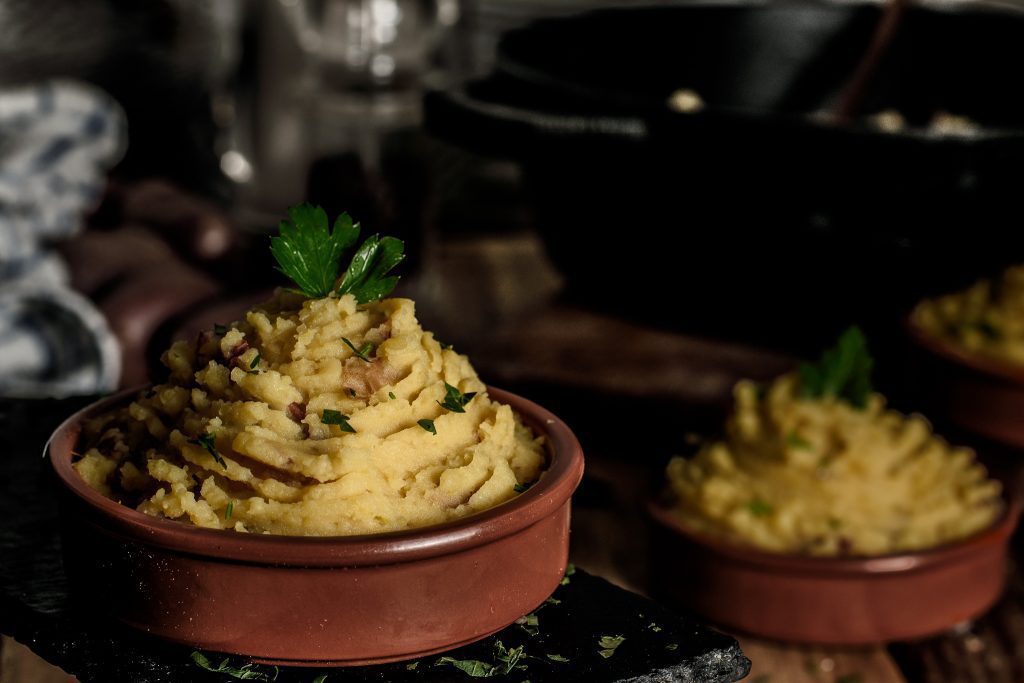 Mashed potato or taters if anyone has ever read the hobbit or been to British territory just simply mash (hence bangers and mash) is what it sounds like, peeled potatoes cooked then mashed into a preferably lump less mass.

Thanks to the achievements of modern food production, mashed potato isn’t just something that comes from mother nature bare and pure so only the blessed few, who is predisposed to put the effort and time, are able to enjoy it.

We can get it from boxes and bags in highly processed and flavored form that only requires a bit of water to shine in its presumably original state.

Given that, our flavor buds are conditioned from childhood not to budge when served with such travesties, we wouldn’t even think that there is another side where flavors are running free and wild while the effort, we have to put to release them, is slightly more substantial than opening a box of ready-made food.

Mashed potato, with the skin on, is something eerily close to zero effort food. If we buy our potatoes washed from the shops then all we need to do is cook them with the skin on.

Sure if we like to stroll the farmers market where a chunk of dirt and pieces of manure are still clinging to the vegetables directly, cooking them isn’t one of the best ideas and some rinsing and scrubbing is highly advisable.

Once the potatoes are in the water though, all we need is some heat and patience to cook the potatoes through to get them ready for servable state. Mind that, potato ricers won’t really work as well as a simple fork, the most basic potato mashers, or a kitchen robot with a whisk attachment, since the holes get blocked by the skin.

Mashed potato in its most basic form needs only salt, but even the purists agree, that a bit of fat mostly in the form of butter or sometimes cooking oil (like the grease that was used to prepare the meat) should be added.

Many of us though, like to tread on some more flavorful ways and explore various layers of possibilities.

Apparently, dairy products in general are a good fit for flavoring mashed potato since milk, cream, cheese or our favorite, sour cream can be also added along with such beloved ones as black pepper, mustard, garlic, bacon, chives, or freshly chopped parsley.

Since the French like to take things to the extremes, especially if it comes to butter, it comes to no surprise that their potato puree uses up to one part butter for every two parts potatoes or that their Dutchess potatoes include egg yolk, piping bag and an additional step of frying.

Once ready, mashed potatoes are rarely enjoyed on their own though, but used as an accompaniment with some protein of animal origin. Although most of the time it stars in role of a side dish, sort of like the Steve Buscemi of the culinary world, but there are various recipes, like shepherd’s pie or cottage pie where it assumes a more integral, almost centric part of the dish.

Be it in any role, rough or smooth, we can never get enough of it and cherish every moment, although few when it can elevate the moment with its bare presence. 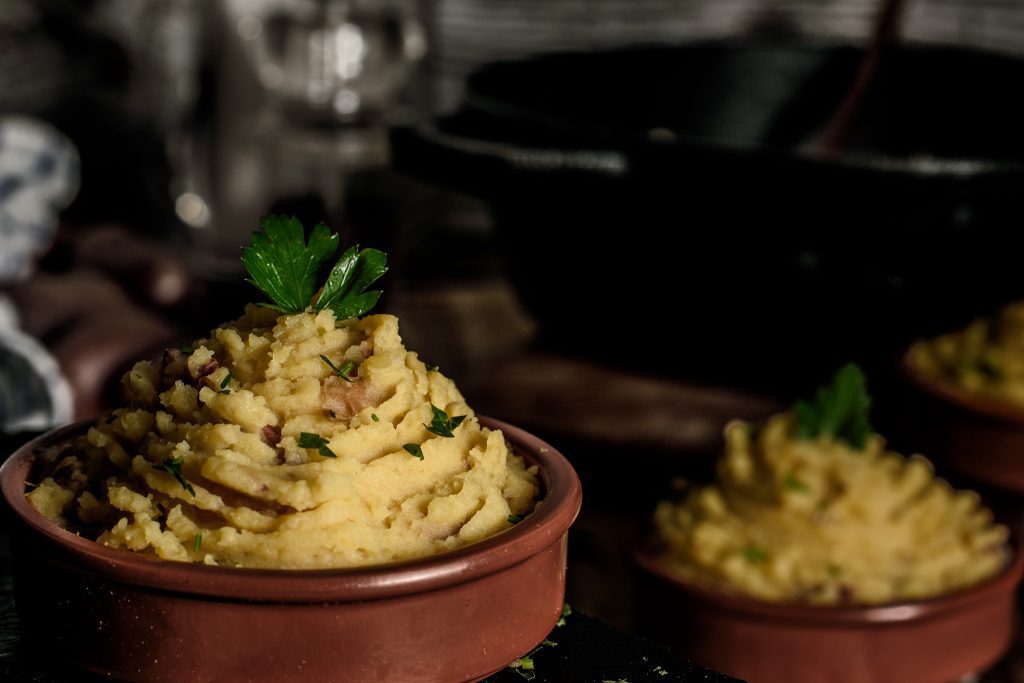 How to make Mashed potato with skin 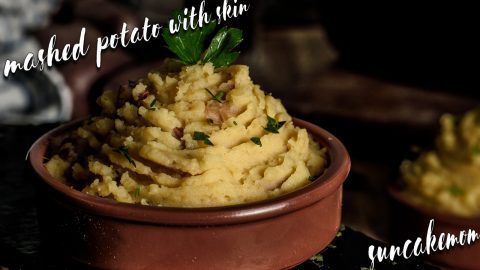 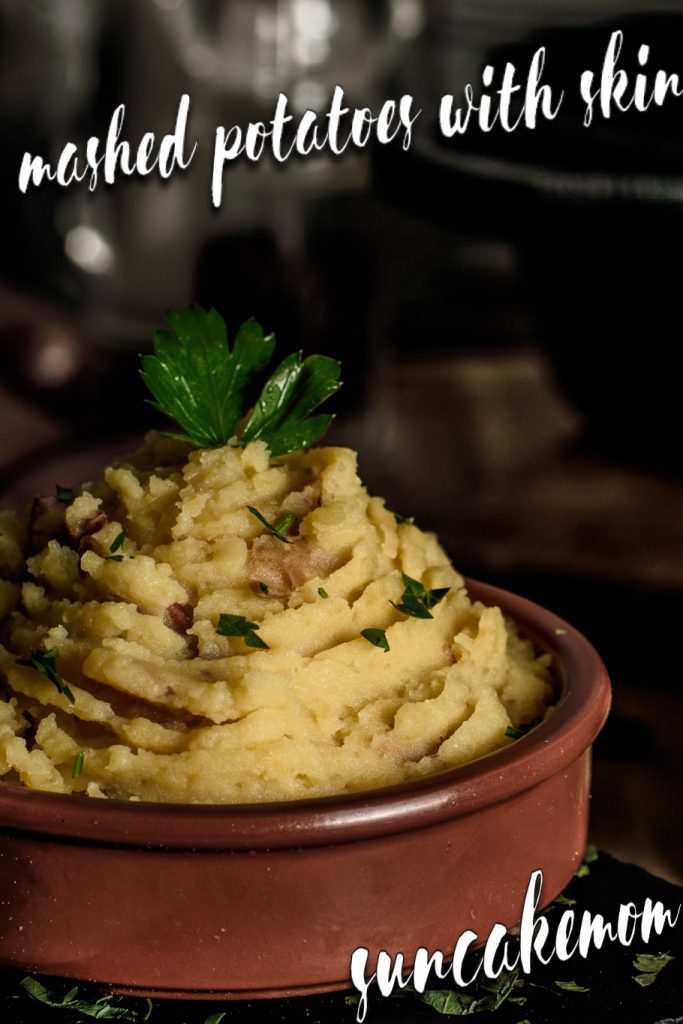