Can mash potato adapt to the requirements of the new world or is it doomed to perish? Make this cauliflower mash to find it out! 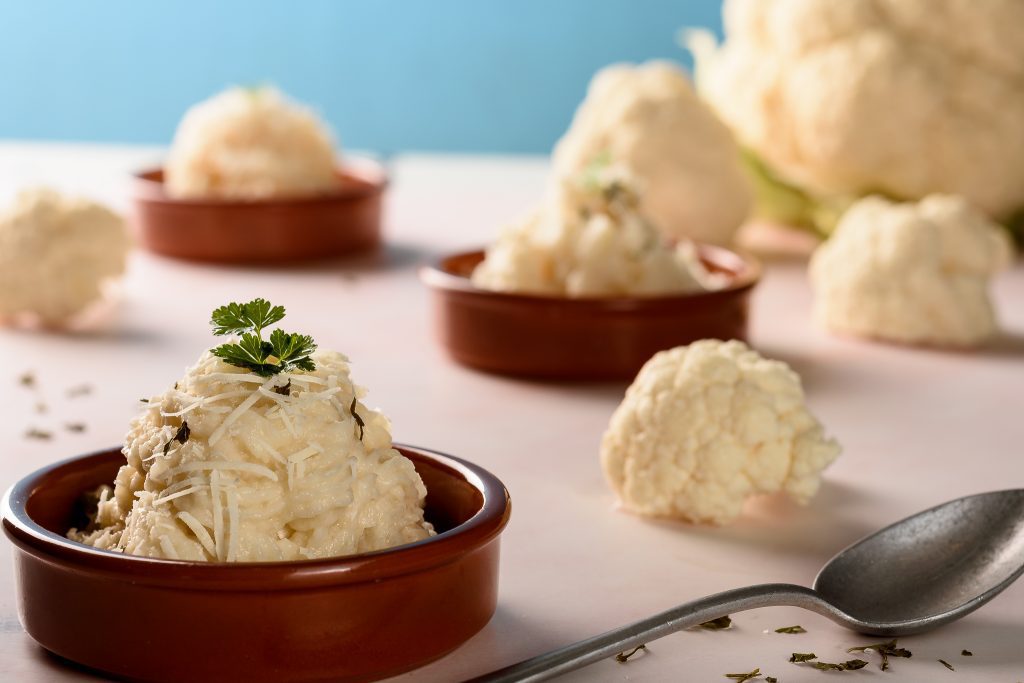 Believe it or not potato’s nowadays dubious reputation as one of the unhealthiest food out there, wasn’t common knowledge some time ago. However, in those days the only unhealthy food was what actually killed someone, otherwise people were happy to have something to eat at all.

Kids didn’t have the chance to be a picky eater, they were happy to eat something before going for a good night sleep. Those were the times if mothers couldn’t breastfeed, people used what they had at hand, like flour and water to feed their babies even if they were celiacs. Not like anyone knew anything about it either.

Was potato the savior of people?

These were the times when the arrival of potato to the old continent wasn’t seen as a curse but as a blessing that soon eliminated scurvy among the population. Scurvy wasn’t only the bane of sailors but common problem where fruit and veggies weren’t available all year around, so basically most of Europe.

Once the Spanish conquistadores brought back what they found in the new world, living standards started to skyrocket, meaning that people didn’t die of hunger or vitamin deficiency which was quite a lot at that time.

Is potato a hero or a villain?

It took a couple of hundreds years and considerable advances in agriculture and food processing for potato to become a kind of villain as it is today. It seems too true that given time any superhero becomes a villain one day.

Once circumstances change, the old values can’t be applied to the new world and any bearer of old ideals become the victims of the new generation. Those who can’t adapt to the new environment shall perish as we very much can see in the Life on Our Planet.

Unfortunately, changing doesn’t mean that the ones actually alive can survive, but if some of their offspring win the genetic lottery and born by higher tolerance to the new environment limits then those kids and the species as a whole may have a chance.

Translating Darwin’s evolution theory into the population diet trends and into our own cuisine means that eating a keto pizza doesn’t mean that flour can suddenly become keto but rather cauliflower can become crust and the pizza as a species may live happily for future generations to come.

Although cauliflower pizza or any other low carb pizza crust is far from the original carbs filled endorphin shots that we feel when chewing on free sugar, anyone would agree that the flavors and essence of the dish is the same, hence we can continue call it pizza.

Not like we can’t call pizza anything else that has nothing to with flatbread only soaked in tomato sauce, but evolution has a lot of dead ends and only few winners.

Only time will tell what’s going to be the fate of Cauliflower mash that is a result of the rein and current downfall of potato. Although potato is bad – comparing to other starches like rice or flour- mainly in its most consumed French-fried form, due to its high carbs content, it is falling out of favor on the tables of the health conscious.

It seems that as mammals took over the world from the dinosaurs, there will be a new generation of meals that will try to dominate the culinary landscape. Cauliflower can’t just be a pizza, rice or a base for casserole but beefed up with sour cream, butter or even better some fat from the Sunday roast can make an excellent mash too.

Of course, we may still miss the pleasure from the nonexistent carbs but as it is with pizza, the flavors and texture of our old favorite is there. The real question is if we can adapt to it or not. 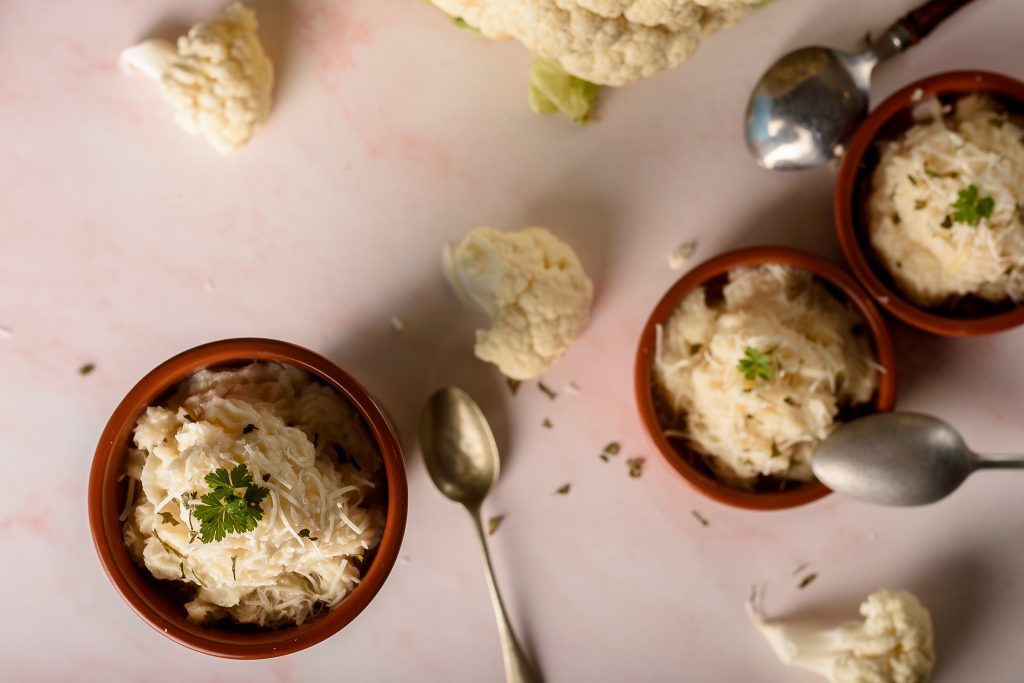 How to make Cauliflower mash 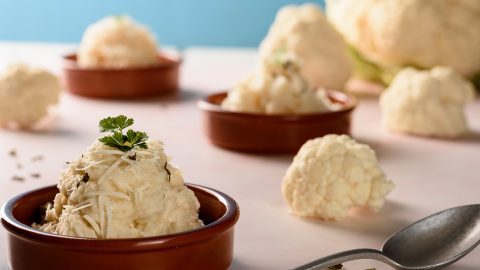 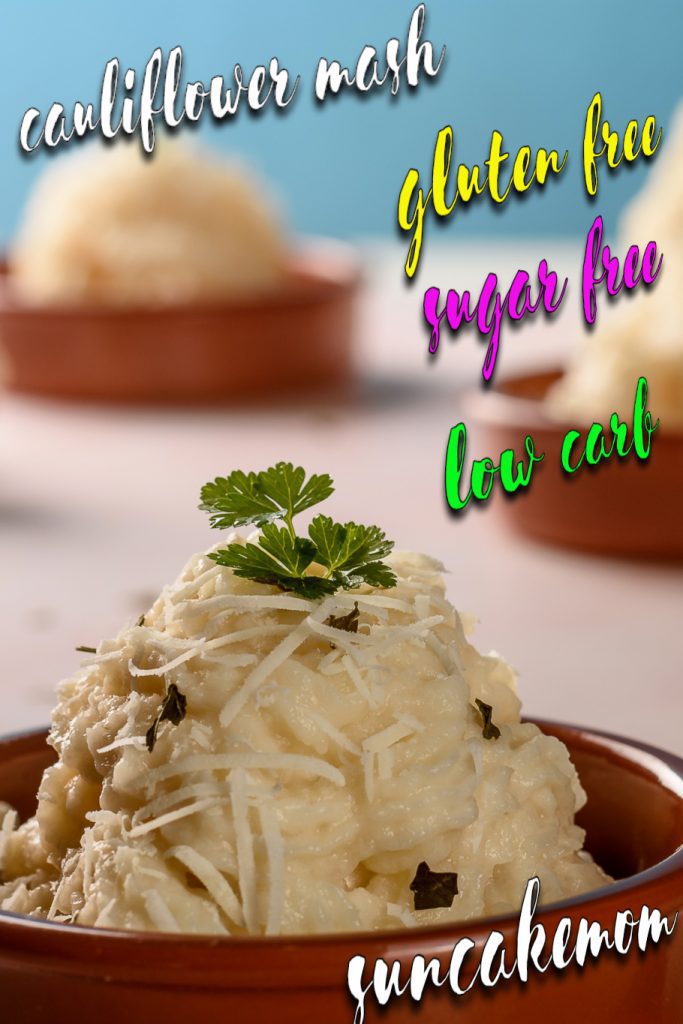