Using our instincts and experimenting in the kitchen can take as far as any human can get in the world of flavors but if we need to know what we are doing? 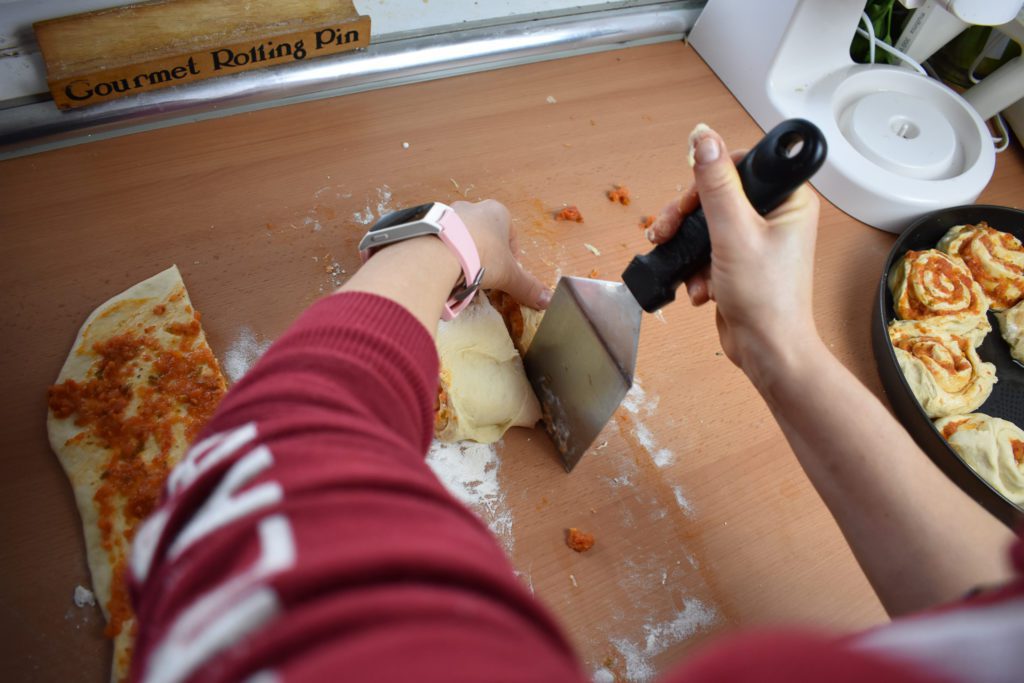 The best way to preserve the color and the nutrients of vegetables is to boil them briefly in water (blanch), then cool them quickly with a dunk in an ice bath (shock). This technique also helps firm the flesh of a fruit while loosening the skin, which makes peeling (peaches or tomatoes, for example) easier. And it works for herbs, too: Blanch and shock basil before making a pesto for a sauce that stays bright green (not brown!) even after it’s been tossed with hot pasta or stored for several days.

Braising (from the French word braiser) is a combination-cooking method that uses both wet and dry heats: typically, the food is first sautéed or seared at a high temperature, then finished in a covered pot at a lower temperature while sitting in some (variable) amount of liquid (which may also add flavor). Braising of meat is often referred to as pot roasting, though some authors make a distinction between the two methods, based on whether additional liquid is added. Braising relies on heat, time, and moisture to break down the tough connective tissue (collagen) that binds together the muscle fibers collectively called meat, making it an ideal way to cook tougher, more affordable cuts. Many classic braised dish (e.g., coq au vin) are highly evolved methods of cooking tough and otherwise unpalatable food. Both pressure cooking and slow cooking (e.g., crockpots) are forms of braising. Most braises follow the same basic steps. The food to be braised (meat, vegetables, mushrooms, etc.) is first pan-seared to brown its surface and enhance its flavor (through the Maillard reaction). If the food doesn’t produce enough liquid of its own, a certain amount of cooking liquid that often includes an acidic element (e.g., tomatoes, beer, balsamic vinegar, wine) is added to the pot, often with stock. A classic braise is done with a relatively whole cut of meat, and the braising liquid will cover two-thirds of the food in the pan. The dish is then covered and cooked at a very low simmer until the meat becomes so tender that it can be “cut” with just the gentlest of pressure from a fork (versus a knife). Often the cooking liquid is finished to create a sauce or gravy as well.

A common misnomer linked with searing meat is caramelization. Caramelization is a process that affects sugars, or simple carbohydrates. Whereas the Maillard reaction refers to the heating of amino acids.

It’s the process of combining two liquids that don’t normally mix (like oil and vinegar) into a creamy, unified concoction. But dispersing and suspending tiny droplets of one liquid throughout the other, takes patience so don’t rush. Start adding the oil a drop at a time while whisking constantly. Work up to a slow, steady drizzle, whisking all the time. A classic, garlicky aïoli is delicious for dipping, stirring into a fish stew, or simply spreading on thick slices of country bread.

Grilling is a form of cooking that involves dry heat applied to the surface of food, commonly from above or below. Grilling usually involves a significant amount of direct, radiant heat, and tends to be used for cooking meat and vegetables quickly. Food to be grilled is cooked on a grill (an open wire grid such as a gridiron with a heat source above or below), a grill pan (similar to a frying pan, but with raised ridges to mimic the wires of an open grill), or griddle (a flat plate heated from below).
Heat transfer to the food when using a grill is primarily through thermal radiation. Heat transfer when using a grill pan or griddle is by direct conduction. In the United States, when the heat source for grilling comes from above, grilling is called broiling. In this case, the pan that holds the food is called a broiler pan, and heat transfer is through thermal radiation.
Direct heat grilling can expose food to temperatures often in excess of 500°F / 260°C. Grilled meat acquires a distinctive roast aroma and flavor from a chemical process called the Maillard reaction. The Maillard reaction only occurs when foods reach temperatures in excess of 310°F / 155°C.

Rubbing kale leaves with salt and lemon juice will soften them for a raw salad. Macerating onions in a salt-and-vinegar bath will mellow their flavor and also deepen their color, yielding a pungent (and, in this case, beautifully pink) pickle that’s great on everything from deviled eggs to burgers.

Poaching is the art of cooking in a flavored liquid kept at a low simmer (just a few bubbles around the pan). The result: a well-seasoned, supremely moist dish that’s almost impossible to mess up. Poaching allows for more wiggle room to cook a recipe just right, making it a go-to technique for a plump chicken breast or fillets of fish that can easily overcook (or cook unevenly) at high heat. The broth slowly flavors the dish as it cooks so don’t skimp on seasoning. Green onions, whole spices, and fresh herbs are great additions.

Roasting is a cooking method that uses dry heat where hot air envelops the food, cooking it evenly on all sides with temperatures of at least 300°F / 150°C from an open flame, oven, or other heat source. Roasting can enhance flavor through caramelization and Maillard browning on the surface of the food. Roasting uses indirect, diffused heat (as in an oven), and is suitable for slower cooking of meat in a larger, whole piece. Meat and most root and bulb vegetables can be roasted. Any piece of meat, especially red meat, that has been cooked in this fashion is called a roast. Meats and vegetables prepared in this way are described as “roasted”, e.g., roasted chicken or roasted squash.
Slow roast (Roasting in the oven) low heat slowly removes water and concentrates their flavor.

To sauté is to cook food quickly in a minimal amount of fat over relatively high heat. The word comes from the French verb sauter, which means “to jump,” and describes not only how food reacts when placed in a hot pan but also the method of tossing the food in the pan.

Searing (or pan searing) is a technique used in grilling, baking, braising, roasting, sautéing, etc., in which the surface of the food (usually meat, poultry or fish) is cooked at high temperature until a browned crust forms. Similar techniques, browning and blackening, are typically used to sear all sides of a particular piece of meat, fish, poultry, etc. before finishing it in the oven. To obtain the desired brown or black crust, the meat surface must exceed 300°F / 150°C, so searing requires the meat surface be free of water, which boils at around 212°F / 100°C.
Although, it is often said to “lock in the moisture” or “seal in the juices”, searing has been demonstrated to result in a greater net loss of moisture versus cooking to the same internal temperature without first searing. Nonetheless, it remains an essential technique in cooking meat for several reasons:
The browning creates desirable flavors through the Maillard reaction.
The appearance of the food is usually improved with a well-browned crust.
The contrast in taste and texture between the crust and the interior makes the food more interesting to the palate.

To sear meat or fish first start by patting down the water with a towel. (Moisture creates steam, which hinders browning.) Next, preheat the pan over high heat, then add the oil. When the oil is shimmering and hot, add the meat and let it cook unbothered. It’s ready to flip when a corner lifts easily from the pan. If it sticks or tugs, give it a minute or so more.

Simmering refers to a specific temperature range, and it’s a gentle technique that’s useful for cooking vegetables, soup, stews, and even large cuts of meat. In the culinary arts, to simmer something means to cook it in liquid at a temperature ranging from 205°F / 180°C to (at sea level, the temperatures will be lower at higher altitude). With simmering, we’ll see bubbles forming and gently rising to the surface of the water but the water is not yet at a full rolling boil. Simmering is usually used for things like cooking rice where a boil is much too hot for the cook time. It’s the ideal cooking method for making stocks because it’s hot enough to break down the cartilage in the bones but gentle enough that it doesn’t produce large bubbles. The agitation of a full rolling boil can disrupt the clarification process, leading to a cloudy stock. There’s really nothing that needs to be cooked at a full rolling boil.