When cooking gluten-free, it’s not always a cup-for-cup replacement. Amounts may vary, and other chemical agents may be needed. 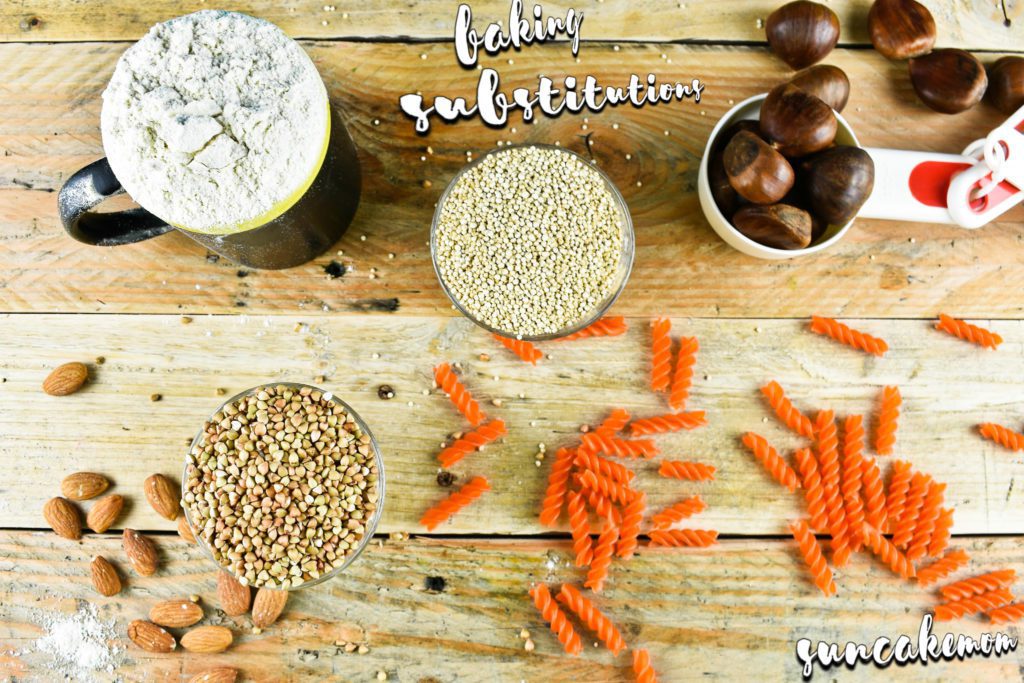 1 Egg can be substituted with:

Psyllium husk powder can be substituted with:

Cream of tartar is an acid. It’s a byproduct of wine production, the residue left on the barrels.

Cream of tartar is used as a leavener, because when it’s combined with baking soda, together they produce carbon dioxide gas. That’s the same gas that’s produced by yeast in bread baking. When it’s added to egg whites, it boosts the strength of the individual air bubbles and slows down their natural tendency to deflate. And when added to simple syrup, it prevents sugar’s natural tendency to re-bond and form crystals. 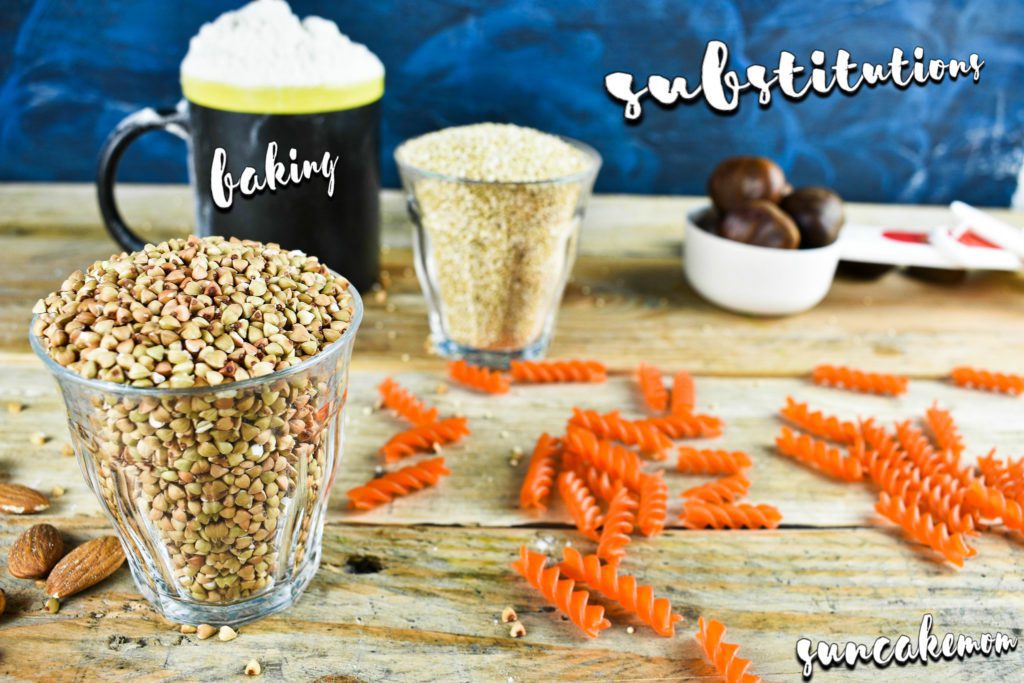