Easy, quick and sugar free cottage cheese cake. When there is no time to bake something that needs care and attention but ends up tasty all the same. 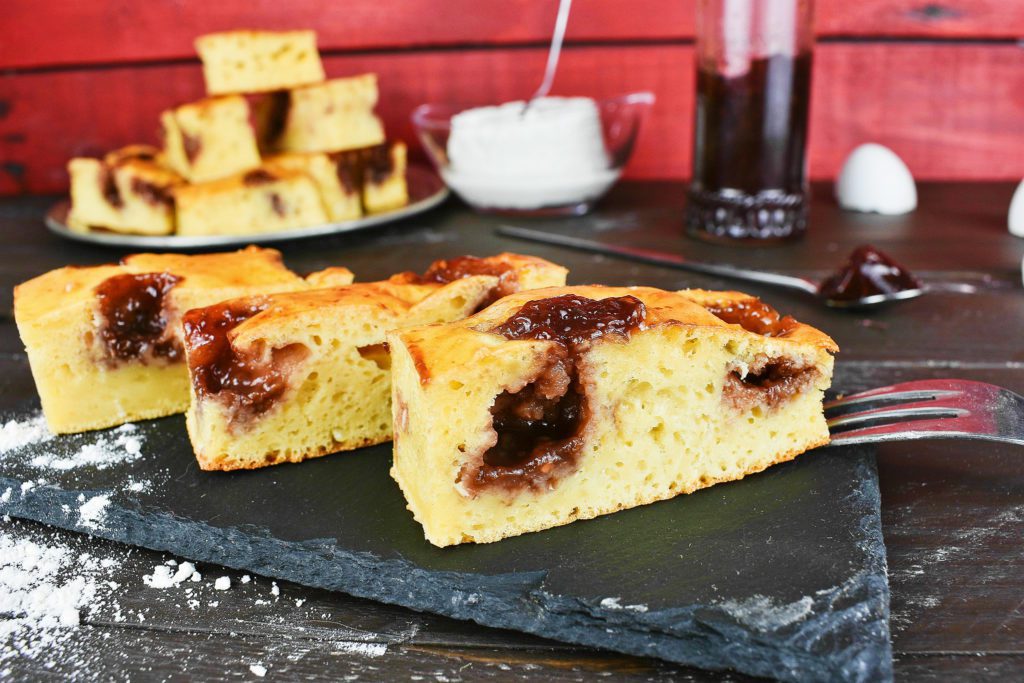 For some obscure reason cottage cheese is not baked itself into our everyday life as it deserves, given the time it has spent together with the human race in the past 5000 years since Mesopotamia.
Its popularity is somewhat waned nowadays that people exiled butter churning from their homes into more efficient and tireless factories. Back then the cottage cheese was made out of milk left over from butter making process.

The origin of the name comes from the “cottages” where people lived and still do in some parts of England. But as it is with modern age not many of them are making their own cottage cheese anymore, even if they live in a cottage.

It still can be made at home fairly easily with a bit of heat and a coagulating agent. The milk needs to be heated to just under boiling temperature then vinegar or optionally lemon juice can be added. After a couple of minutes stirring, the curds can be strained from the whey and the cottage cheese is ready.

As being a mildly sour tasting ingredient cottage cheese can be used in a variety of dishes, be sweet or sour. A simple but excellent example of this is cottage cheese with pasta that depending on taste can be served with sweetener or smoked bacon and cheese on top.

It is a top food source for athletes because of a long list of benefits such as casein, protein, electrolytes and versatility. Casein is a slow-digesting protein, its’ fixed release of amino acids help to repair muscle fibers and prevent muscle breakdown. It can help athletes to minimize muscle loss that could normally occur whilst sleeping. Protein fuels exercise and workouts. Electrolytes can contribute to optimal athletic performance by helping to reduce muscle cramps plus enhances fluid absorption. Versatility as it could be served with nuts, fresh fruit or in our case with jam.

It is also a popular choice for dieters who are seeking low carb options.

This recipe will fill the missing carbs from the nutritional values though. It is made of white flour and as a sweetener there is the fruit jam in the pastry and dashes of honey. Still it will have more protein then most of the cakes and uses zero refined sugar as a bonus.

The jam used here is an all-natural jam made entirely from fruits without any artificial sweetener like the jams in the low carb condiment session. Surely, it can be substituted with any kind of jam but we are trying to use natural ingredients to bake as naturally as possible.

The amount of honey might seem fairly low but the cake isn’t supposed to be sweet at all. It might be entirely left out too. It’s only there to balance the sourness of the cottage cheese and the jam is there to add some fireworks to our taste buds.

Try not to add more sweetener to the cakes that absolutely necessary as that will ruin our perception of taste on the long run. Coming back from the sweet highs once is hard work so better keep low on sweeteners and not to get there ever. 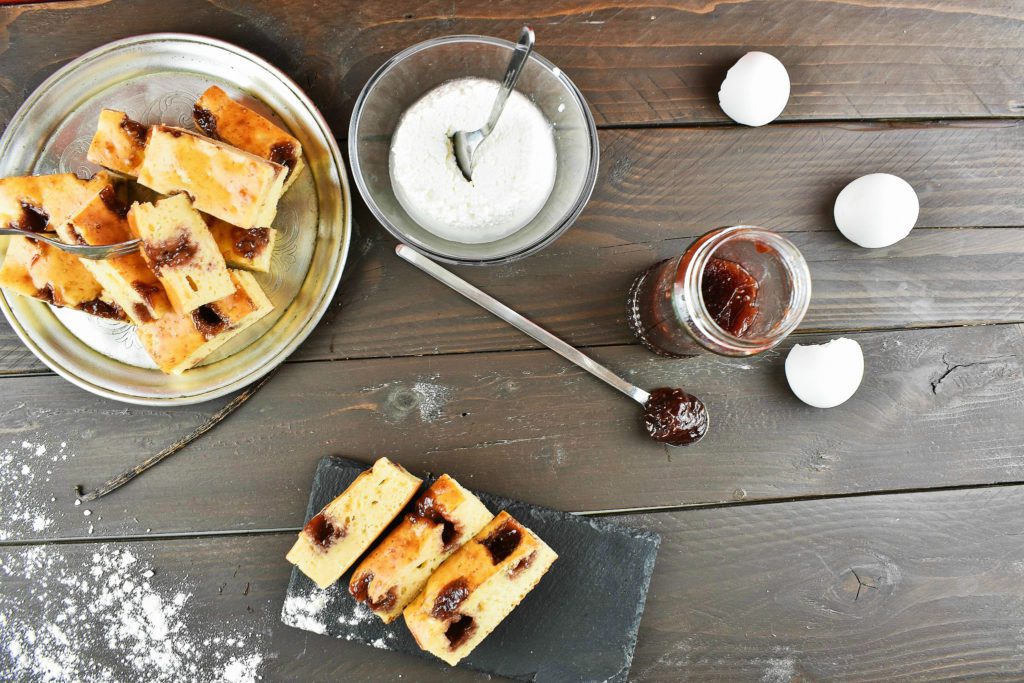 How to make Cottage cheese cake: 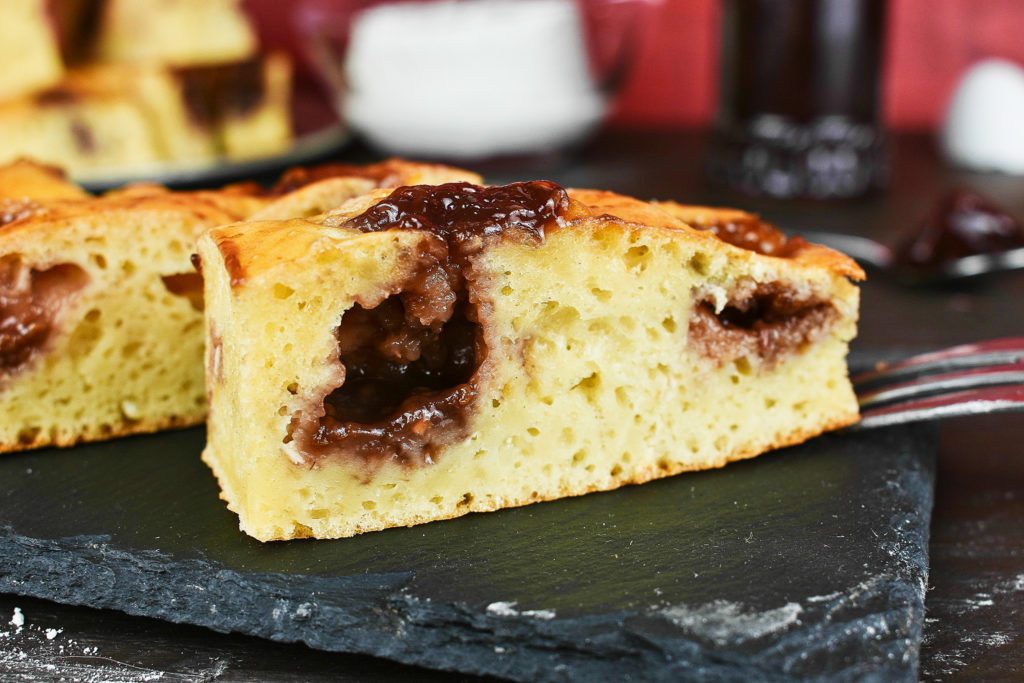 Cottage cheese is as strange as ingredient as good. It’s like a wild horse that needs taming to be our best companion: 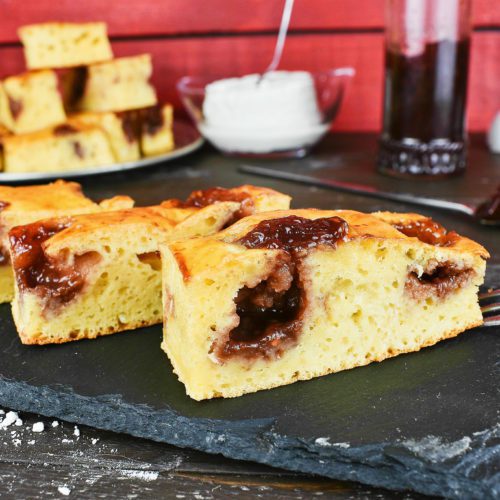 Let it cool down and cut it into squares to serve it. 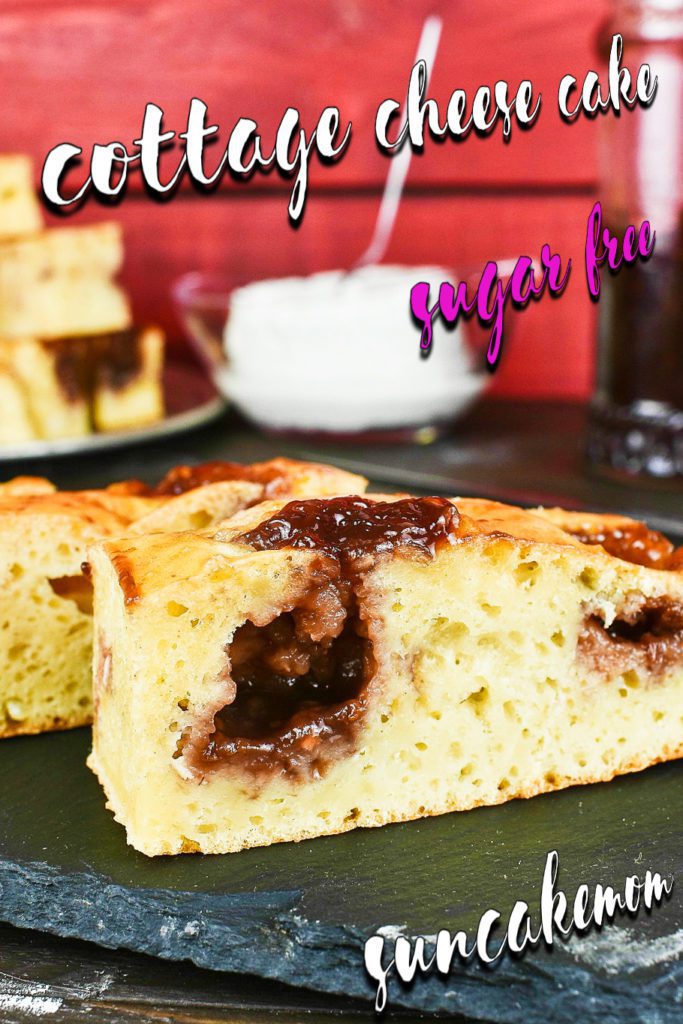