Missing brownies on keto or gluten free? Luckily that can be easily mended with this easy keto chocolate brownie recipe! 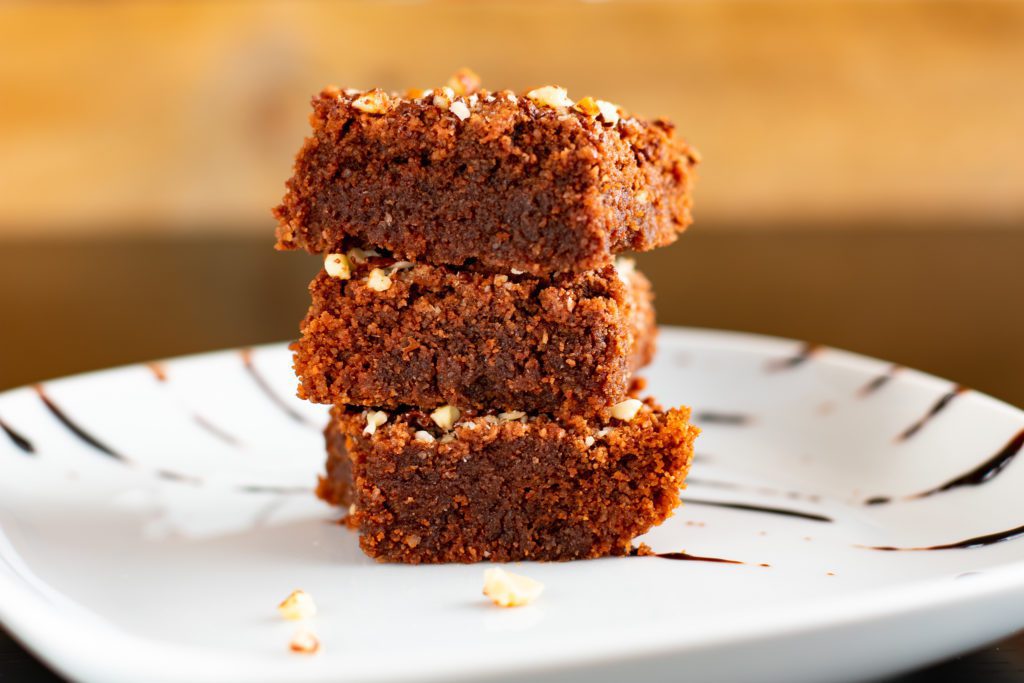 Brownies are true American desserts. They’ve born and breed on American soil breathing in freedom and roaming wild around the world, since then touting greatness and prosperity.

However, brownies are square by shape they aren’t rigid in recipe like those centuries old confectionaries sold in Viennese shops for almost gold prices.
If legends get it right then brownies were first appeared at the end of XIX. Century in Chicago as a party dessert of the Palmer House Hotel. As it is with desserts, it didn’t immediately find county wide success but either it was left to oblivion.

Slowly but surely in the next couple of years the early version of the brownie that contained apricot glaze came to prominence and eventually a version of it made to several cookbooks at the very beginning of the XX. Century pawing its way to fame.

This brownie or Bangor Brownie as it was called in that era much resembled the fudgy chocolate brownies that we are so fond of today. Bangor as of the city on the north east part of the U.S.

Since than an uncountable number of brownies have seen the day of light including those that aren’t contain any chocolate at all and called blonde brownies.

As making brownies is far less challenging than making a Dobos Cake or even a Sacher torte everyone and their mothers were doing it without further consideration or discomfort in the kitchen. It’s like having sucked in the knowledge with the breast milk.

Considering that a bit more than 80% of mothers breastfeed their children in the States the knowledge of brownie making will last for generations to come.

Except of course some bad thing happen like gluten sensitivity, dairy allergy or both. This would mean that we have to zero out on the main ingredients of the brownie namely plain flour and butter.

Actually, not much is left in chocolate brownies when we can’t use flour and butter. The other ingredients are cocoa, eggs and chocolate, plus a ton of sugar of course, to make the whole thing edible.

Luckily, brownies aren’t too picky about the ingredients we use as despite the original recipe uses flour, it doesn’t count on the marvelous properties of gluten to raise or change the structure of the cake by any means. So, it’s just a dense block of sweet mass that swells chocolate when the temperature is right.

This highly sophisticated culinary feat can be achieved by slightly different ingredients without much trouble to the overall brownie experience.

Using naturally gluten free and low carb ingredients like healthy nuts can not only provide us with a keto brownie but an incredibly nutritious one that is actually good for us apart of being delicious.

The bad boy is as always, the sugar here so we have to substitute the sweetness with something we feel like having be it a banana or some actually upcoming sweetener we blindly trust.

These decisions are always the hardest as we know how bad sugar is, and how it makes us addicted to it but due to lack of studies and experiments, we can’t compare the known bad to any unknown bad.
Those who have some healthy issues are in some way a bit luckier cos they have no choice but to go for the unknown they can endure cos that’s their best option.

Hopefully though, these uncertain times will end soon and we will find the golden sweetener at the feet of the rainbow soon enough to freely indulge ourselves in the sin of gluttony every now and then without consequences.

Until then just make these nut-based brownies and enjoy them as a dessert or even better as a breakfast. Cos only one thing is better than brownie for breakfast to have two. 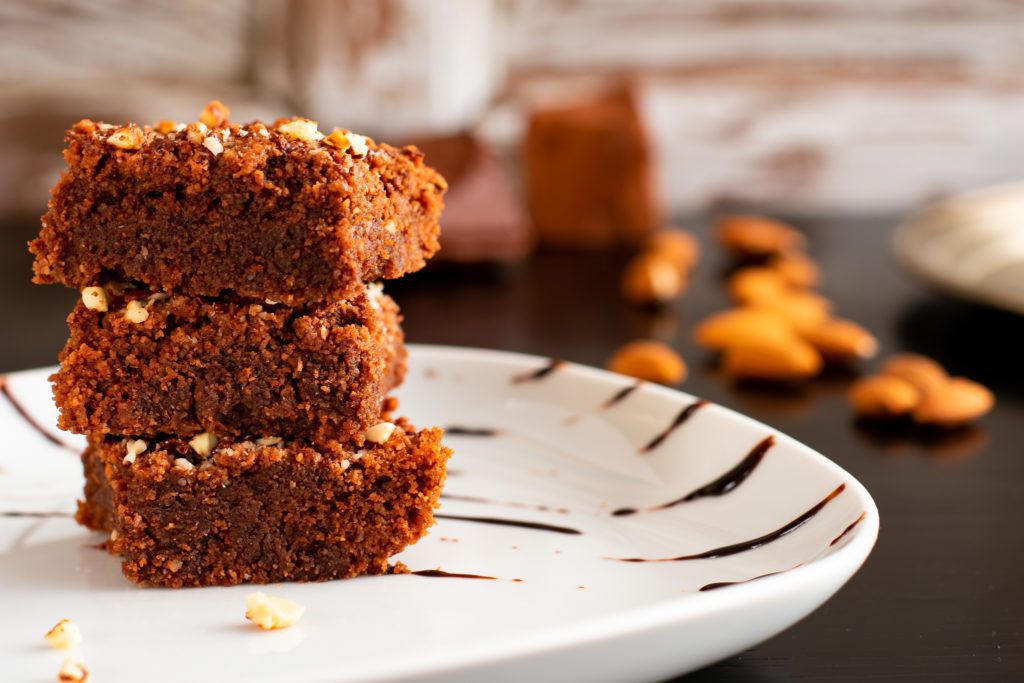 How to make Chocolate brownie 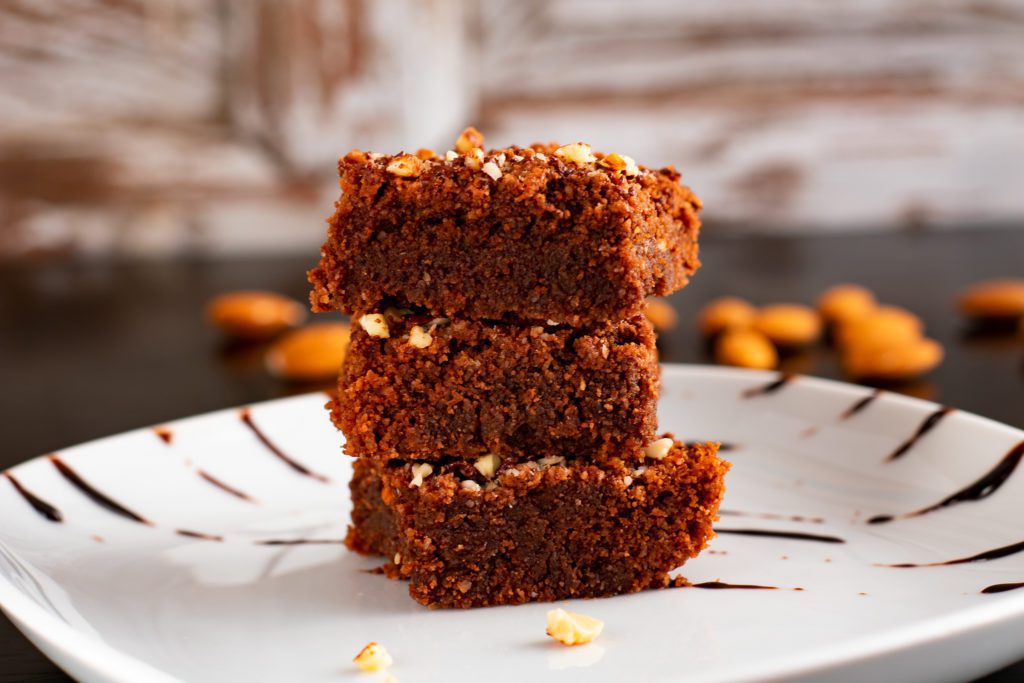 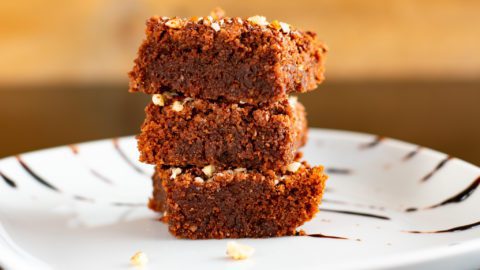 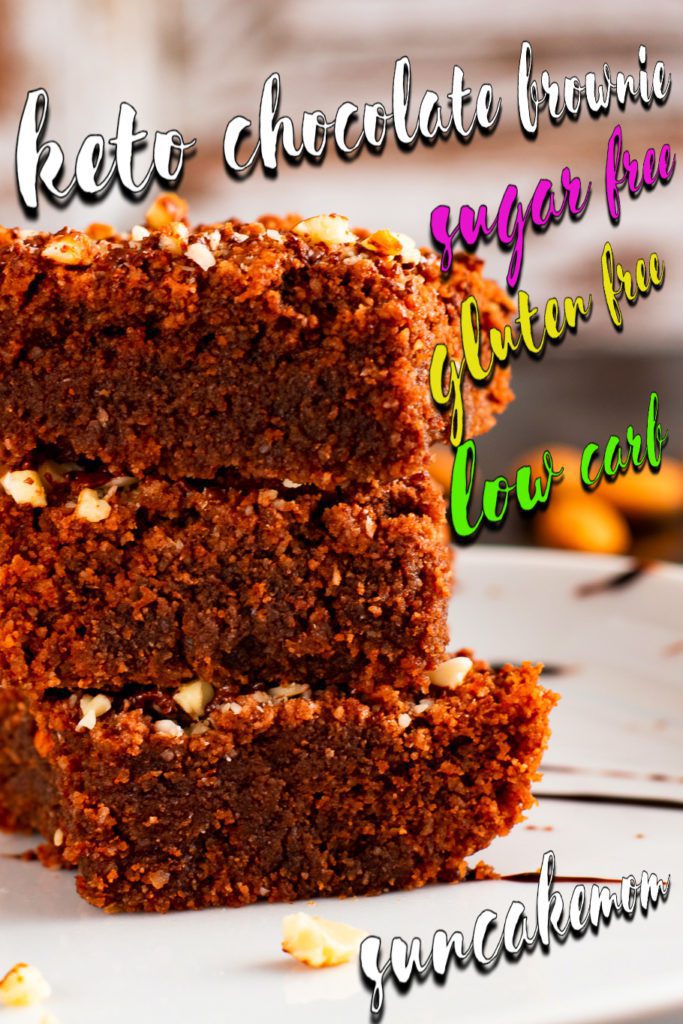