Looking for a cake that is healthy and delicious at the same time? Try this naturally gluten free sponge cake with nuts and love! 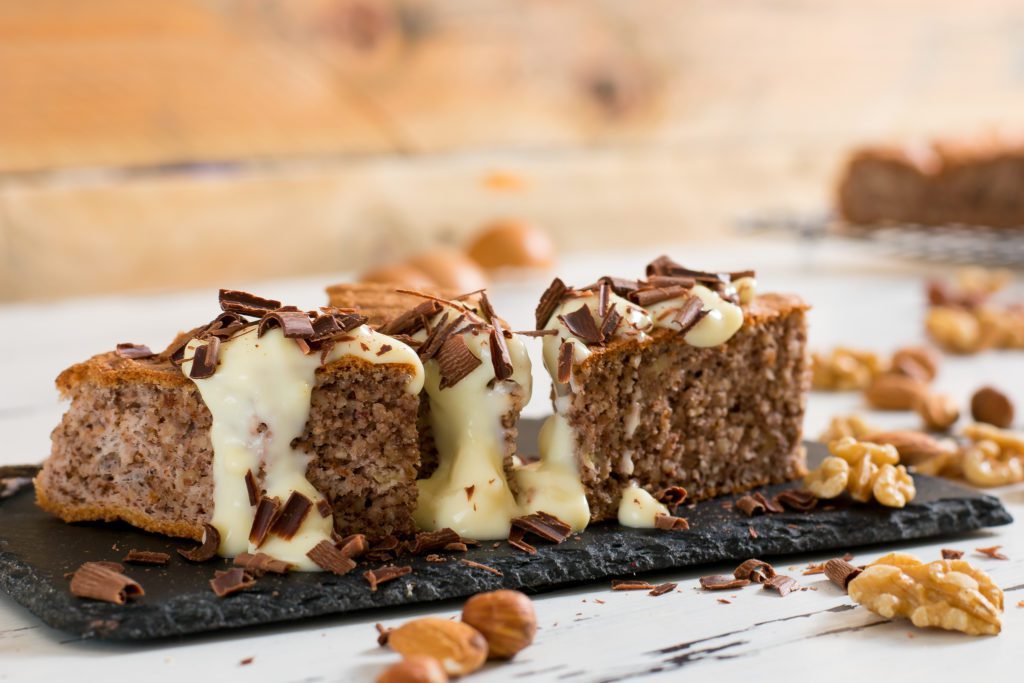 Sponge cakes are with us almost since the beginning of time. Well, or at least time worth remember by cake standards. There was time when cakes weren’t much of a big deal really.

Sure, nobody was aware of their ignorance then and they were happy in their lemon drizzled pound cake world.

Luckily there are always some daredevils who aren’t constrained by society boundaries and seeking to be different in one way or another. This is how sponge cake have risen from a thin crispy biscuit thing into something much fluffier.

The sponginess was achieved simply by beating the egg whites and the egg yolks separately into a light foam and folding the other ingredients into them carefully just like today. Just imagine what could have been in the mind of the first pastry chef who made this without the help of a kitchen robot.

It was like discovering America for Christopher Columbus. They both knew there is something at the end of that voyage but had no clear idea what it would be. To be completely honest, probably neither of them were complete bonkers without any clear idea about their craft got lucky.

People who spend their life mastering one profession have clear understanding in their limitations and their otherwise wild looking experiments are just the next logical step in an evolving world.

Columbus knew by his experience that despite the popular belief of his time about the Earth being flat, it is in fact round, thus he had a chance to arrive somewhere without falling down on a waterfall at the end of the world.

The same was true to Alfred Bir who at the beginning of the XIX. Century discovered the baking powder thus paving the way to heights that were unknown in baking before. Well, at least unknown without yeast and the sour dough associated with it but that’s a slightly different story.

We aren’t making a yeast leavened thing here, that even if it’s utterly delicious, can’t be called upon as a great invention of mankind. After all it’s just wet flour gone bad.

We are harnessing the knowledge of mankind here while taking it a step furthered by tailoring to not just our but to the society’s needs. Well, at least to the gluten free society as not everyone is keen to have gluten free things however this cake is actually so much healthier than a regular sponge cake.

Generally speaking, going gluten free for those who aren’t gluten allergic or sensitive will bring no health benefits. Specially not if going gluten free only means swapping the good old gluten filled recipes to something equally bad or even worse gluten free ingredients.

Like who knows what those five extra ingredients, that is supposed to substitute white flour, will do to us if there isn’t any research or study about them as never been tried before.

Luckily, this cake is not in the fake healthy gluten free category. It is a type of cake that’s actually good for us as using gluten free ingredients without making an effort to do so. Or in other words naturally being gluten free.

Using natural ingredients, like nuts instead of any kind of flour and some banana to sweeten the cake, will create the same sponginess as before because, unlike with yeast, the leavening agent here is still the eggs that will create the necessary structure while a bit of baking powder raise our creation into heights unimaginable without the prowess of mankind. 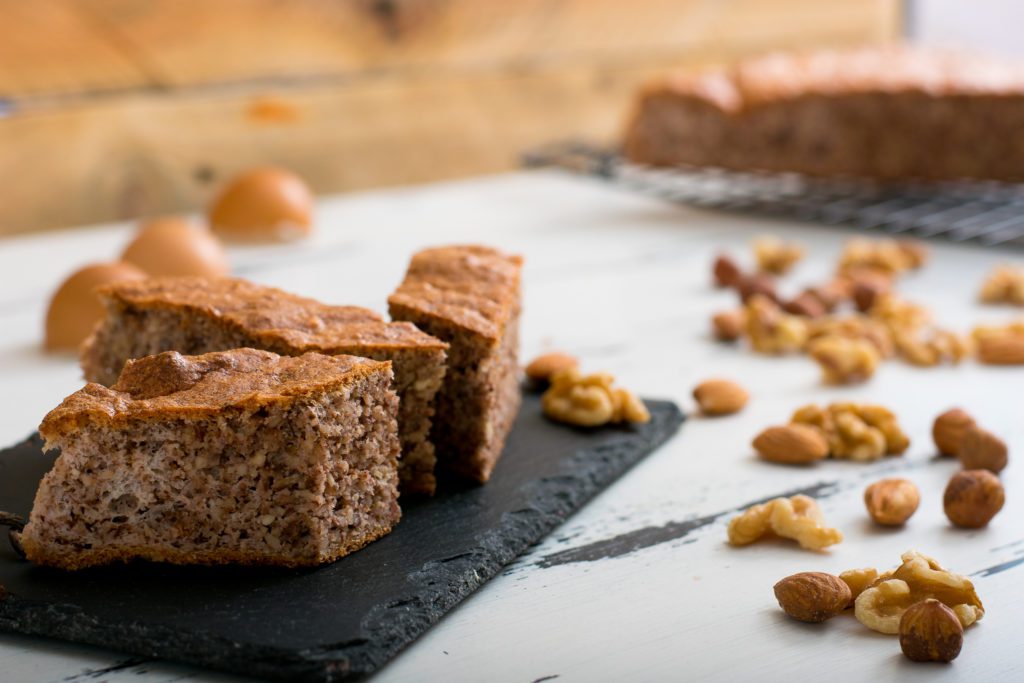 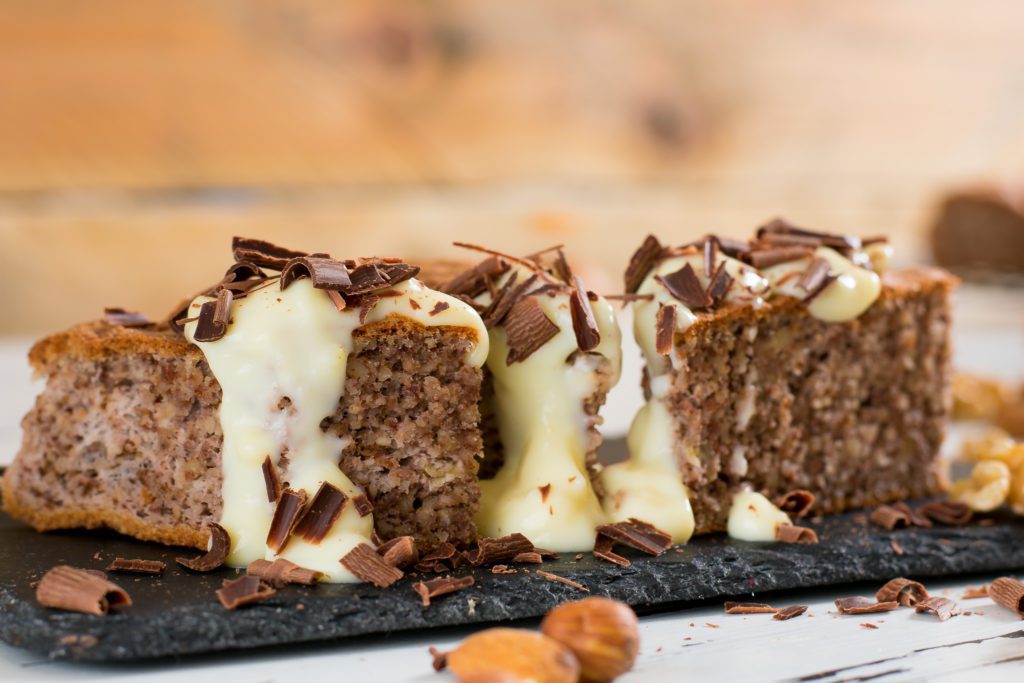 Be it keto, gluten or dairy free, there is a sponge cake for everyone: 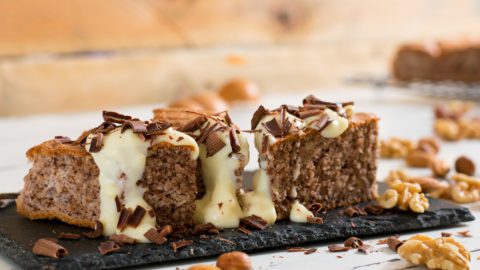 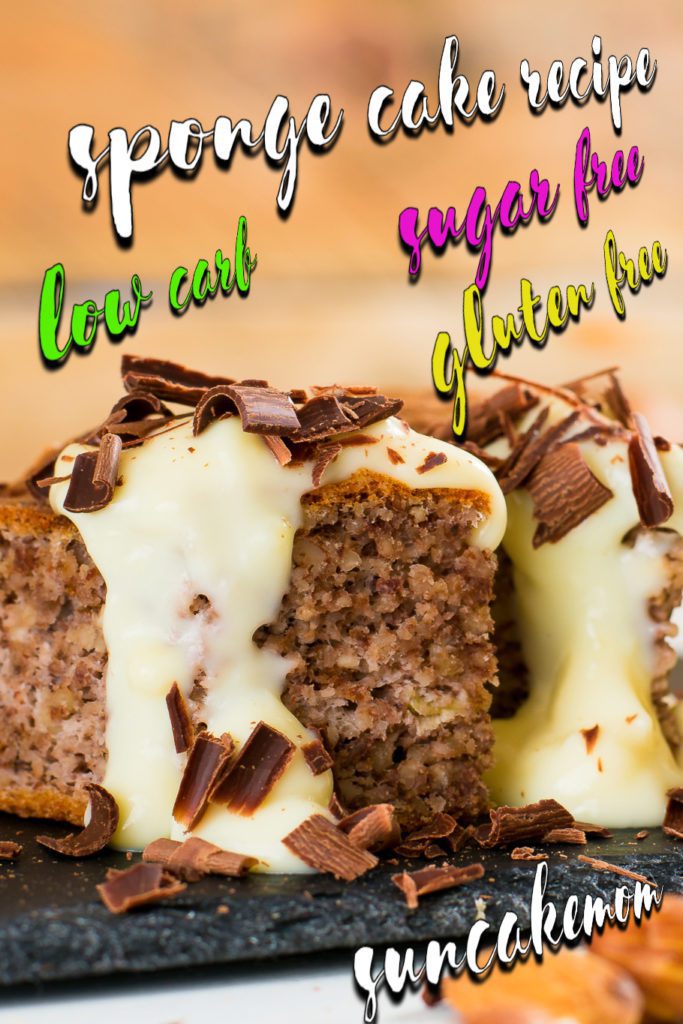