Do we really like chocolate or we just have it because we used to? Let’s make a couple of chocolate orange balls and find it out! 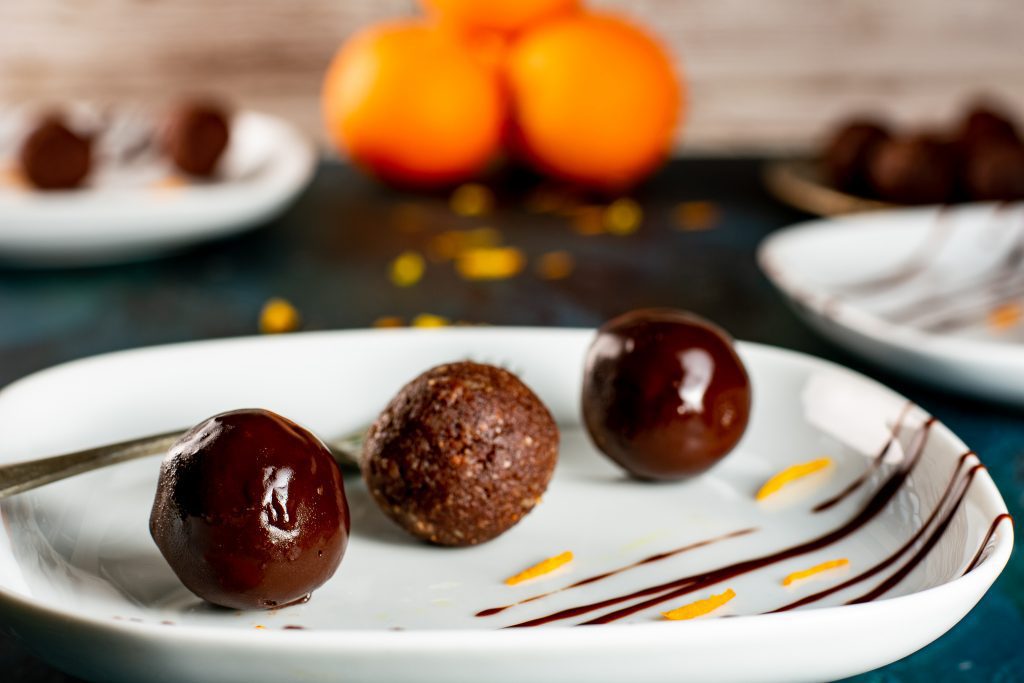 Chocolate and orange aren’t the most obvious choice for many confectioners lover but there are people who like mint or even more eyebrow raising chili in their chocolate. It seems with enough sugar anything can be made edible, even chocolate.

Chocolate in its first form was nothing else but cocoa powder absolved in water which was a quite strange thing to stomach, not by just today’s standards but for those European who first encountered with it.

It did not help much that the indigenous people of America liked to flavor their drinks with all sort of spices and herbs like vanilla or chilly. (We aren’t so far away from our eyebrow rising flavors afterall.) Chocolate was so popular, yet sparse commodity that the cocoa beans served as a currency to trade goods with. Hundred beans could get us a Thanksgiving dinner and 18 beans a Big Mac Meal on the exchange rate of 3 beans per avocado, of course.

But those, who didn’t have the acquired taste for chocolate, wasn’t really fond of it.

None the less, chocolate made its way back to Europe where the noble lords and ladies made it as desirable drink for anyone as it was back in America. Afterall if it’s been enjoyed in the Royal Courts who are we do digress.

Why is chocolate so popular?

It took some time until some milk and honey were added to it, so it became really enjoyable, not just for those who wanted to bash in the light of Royal superiorness but those with a humbler innate taste-buds.

Of course, it took a couple of hundred years for the plebs to be really able to get their hands on it but probably we came out better from this one. Most likely people didn’t see it that time, as many don’t get it today either, that being the first, means getting all the crap first, and when the enjoyable part comes, they are not even interested in it.

Well, that’s a cross those have to bear who are competitive and those who couldn’t care less reaping most of the benefits simply by bashing in shadows thinking about which flavor of chocolate to try first.

Why is orange in chocolate?

Probably orange is still not the first that comes to our mind, except if we may acquire our love for chocolate in Britain where chocolate with orange flavoring is all the rage, right next to the mint. Developed in the first half of the 20th century, orange flavored orange looking Terry’s Chocolate Orange slices are still going strong in Britain.

Unfortunately (or not), there are less so around the globe, so if we want to have a faint idea of how orange would fit under some chocolate coat, we have to make one for ourselves.

There are various methods of building on basic principles of mixing ingredients, results quite different confectionaries that we can explore through our recipes and decide if orange should be something to vouch for or we just simply stick with strawberries. 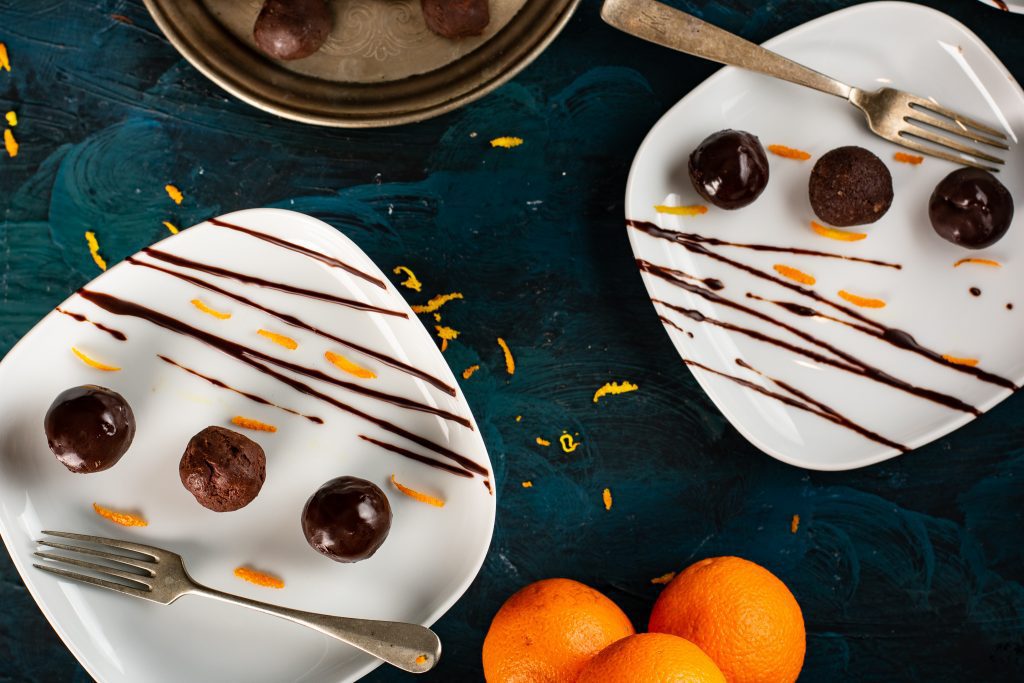 How to make Chocolate orange balls 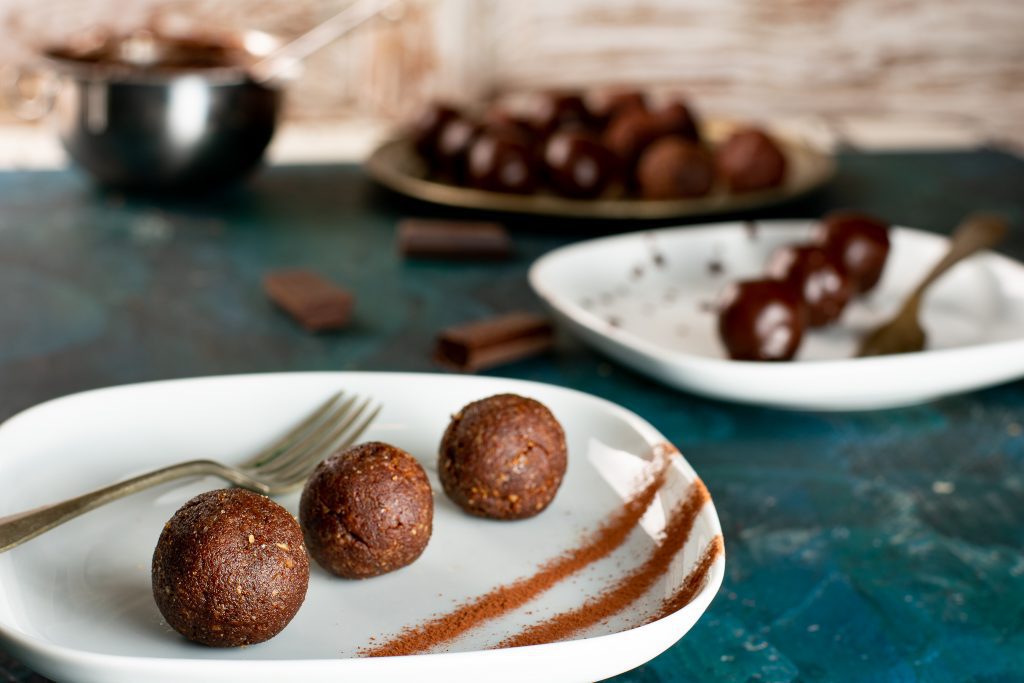 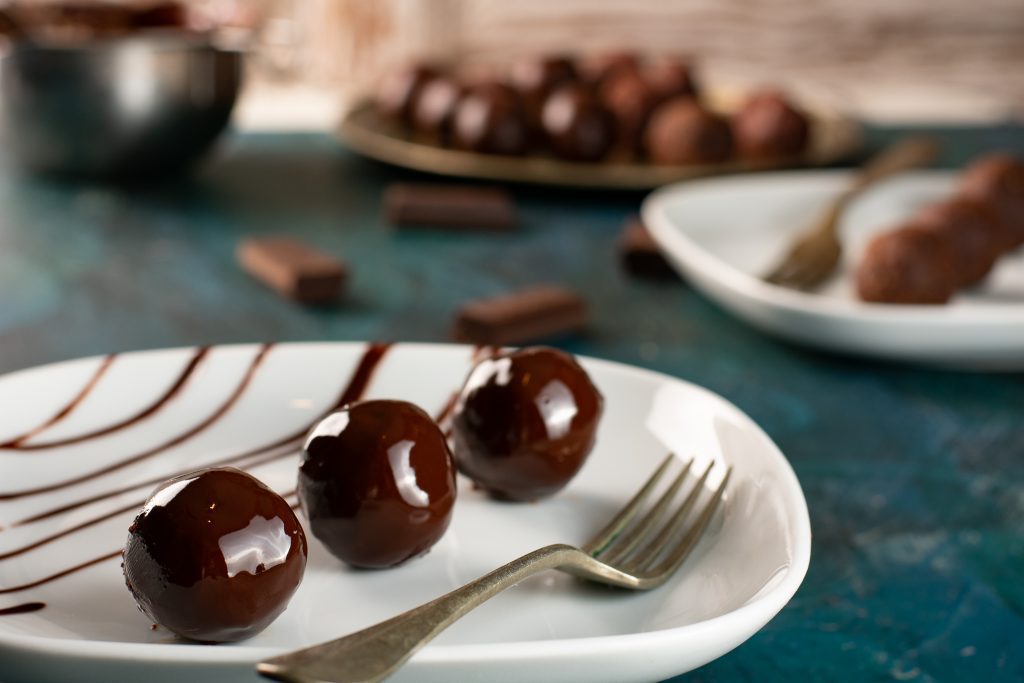 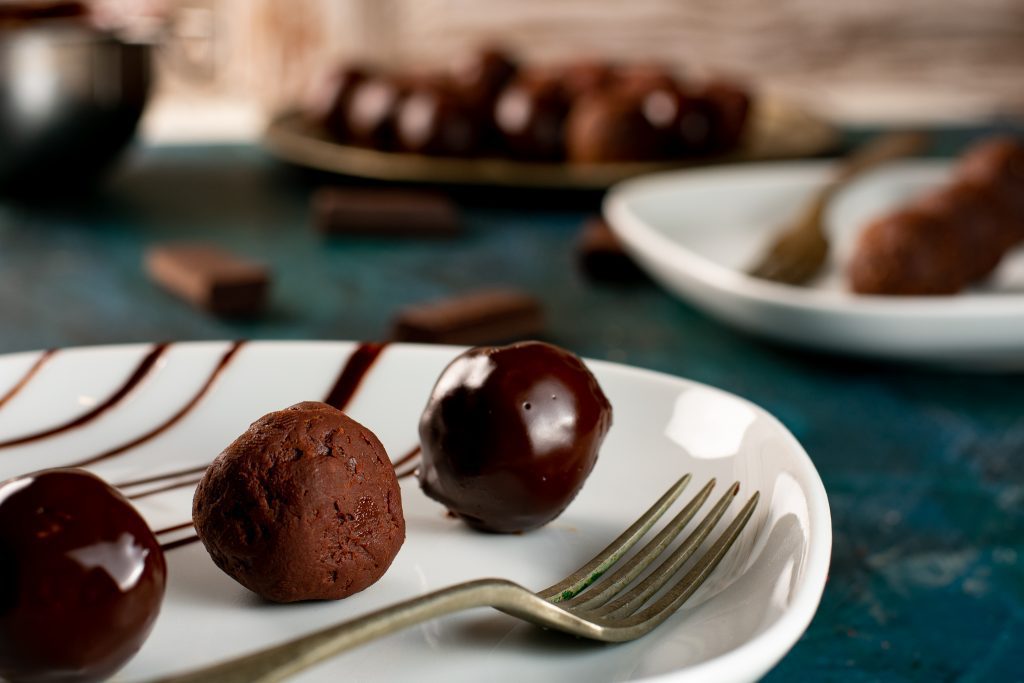 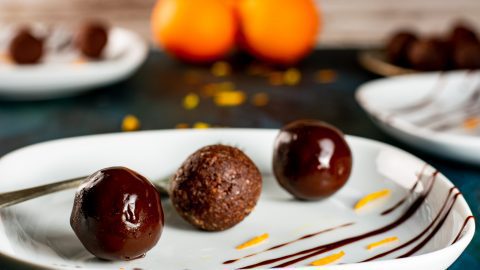 Do we really like chocolate or we just have it because we used to? Let's make a couple of chocolate orange balls and find it out!
Course Dessert
Cuisine Gluten free, Keto, Low carb recipe, Sugar free recipe
Prep Time 10 minutes
Cook Time 5 minutes
Total Time 15 minutes
Servings 16
Author SunCakeMom 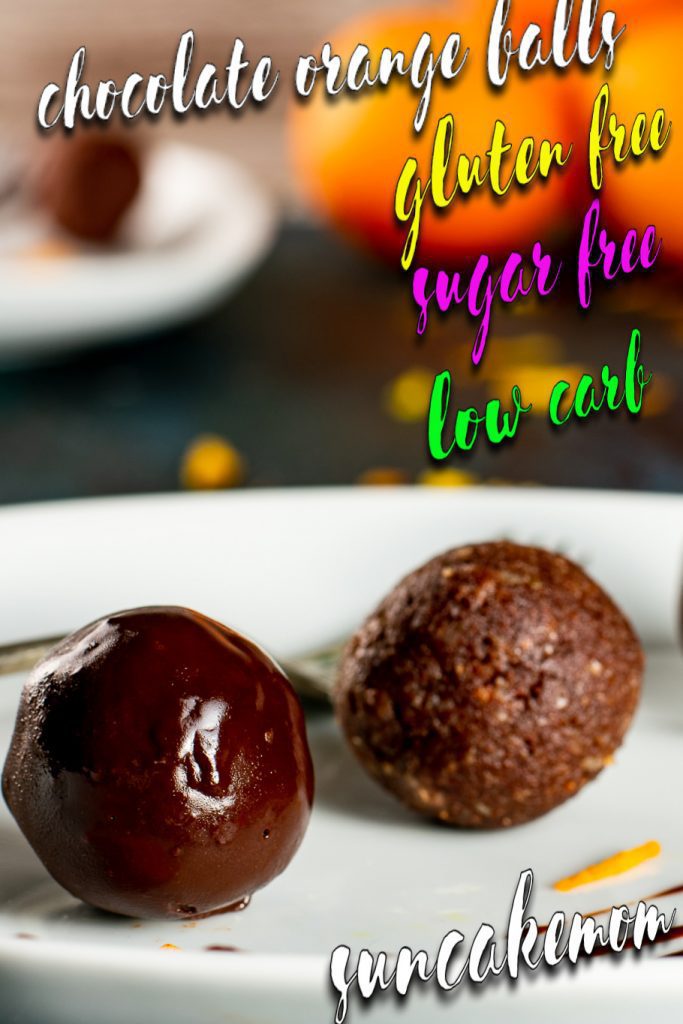