Something for the side or just a couple of tasty bites? Check out this Brussels sprouts recipe to roll on pearls of joyful vibes! 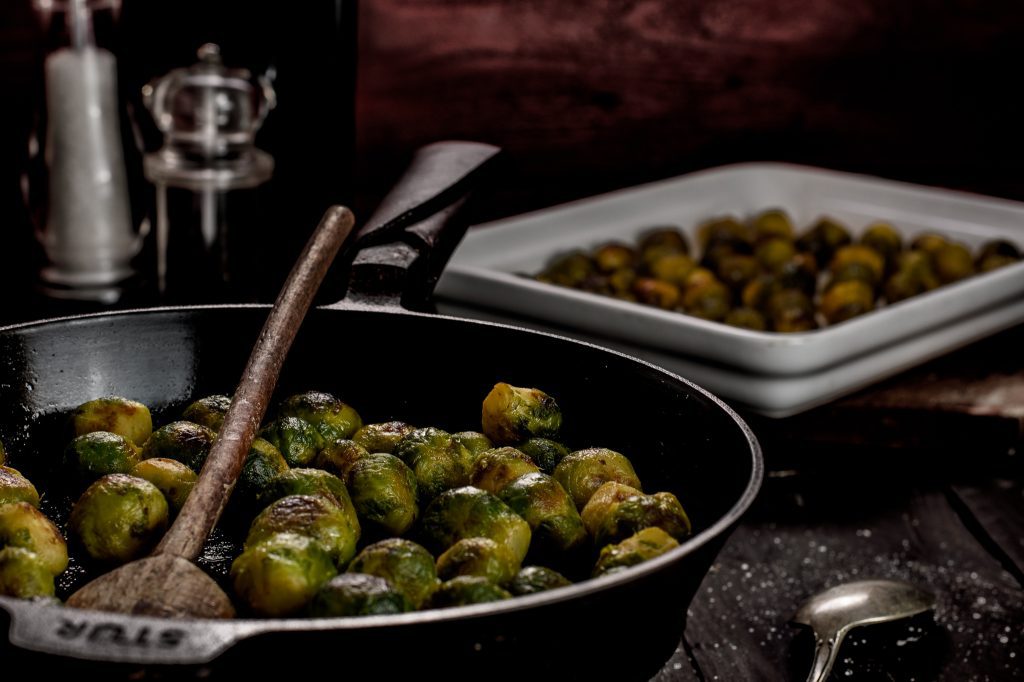 Brussels sprouts are a type of cabbage that, along with the rest of the cabbages of the world, are native to the Mediterranean region. Apparently, they aren’t really picky about their naming and don’t really mind settling on such simple terms that describes their appearance, color or the region they’ve been particularly appreciated.

Savoy cabbage comes from Savoy region of France, Chinese cabbage probably doesn’t need explanation nor Brussels sprouts that picked the city’s name as its moniker where it was cultivated and beloved most.

Although all Brussels sprouts look the same -small roundish green balls- for the untrained eyes, many cultivars exist with some sporting a more fascinating purple color.

Today’s Brussels sprouts, as most cabbages, are far cry from the original vegetables that leaves were bitter as a natural protective mechanisms against anything that wanted to munch on their leaves.

Thanks to science and crossbreeding modern cultivars are created to contain way less bitterness making the traditional method of waiting for the sprouts to be bitten by the frost, although they are still considered essential by home growers but not necessary in industrial food production.

The introduction of new cultivars led to a Brussels sprouts boom across the world where everybody, who could bear the sight of green things on their plate, was soon cheering for the small roundish fairly sweet things.

Preparing Brussels sprouts is fairly easy, given that we can cook, roast, stir-fry or microwave them. To avoid overcooking, which results in a less than desirable texture and flavor, we need to practice a bit with our chosen method.

It’s worth to mention that similarly as we prepare other vegetables, if we don’t use the cooking water up for stock or soup, cooking is the least healthy option. During cooking, vitamins, the very reason we eat vegetables, are seeping into the cooking water then evaporate with the steam or simply being discarded at the end, leaving us with a less nutrition dense produce.

Apparently, microwaving is the best method to keep the most goodies inside of our veggies, following by Sautéing then steaming and only then comes cooking somewhere extremely far behind. Of course, there are some exceptions to the rule but generally the less water is needed and less heat the better, this is why roasting in the oven is rather dubious in terms of nutrition.

Once we’ve found our favorite method, in case of Brussels sprouts, we have to nail the timing and setting of our cooking equipment to avoid overcooking our precious little things. Overcooked Brussels sprouts are not just mushy and rather sorry to look at but tend to smell foul too.

While, on the other end of the spectrum, we can eat Brussels sprouts raw, 80% of the US Brussels sprouts production goes into the grocery stores freezers, so having them piping hot on the outside, while waiting for the inside to be thawing out on our plates, is generally not a dish well applauded for.

Some suggest cutting the Brussels sprouts before preparation to aid heat distribution but similarly to sealing steaks on high heat before cooking them on low heat, it is a baseless urban legend that in reality counterproductive practice.

It’s interesting to note that Brussels sprouts contain vitamin-K which is a blood clotting factor, hence eating egregious amounts of Brussels sprouts could cause problems at people who are on blood thinning medication for various reasons.

So, as hard it may be, try not to eat Brussels sprouts day in and day out, even though it takes a couple of batches to find the perfect timing and temperature. We have all the time of the world to enjoy these green little pearls one bite at the time. 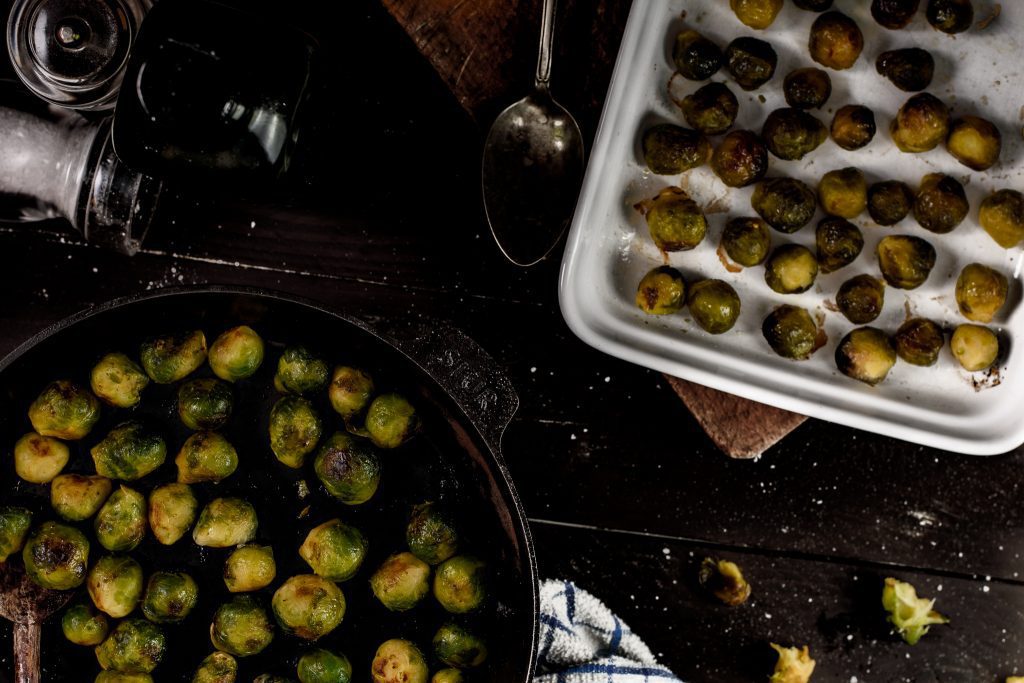 How to make Brussels sprouts 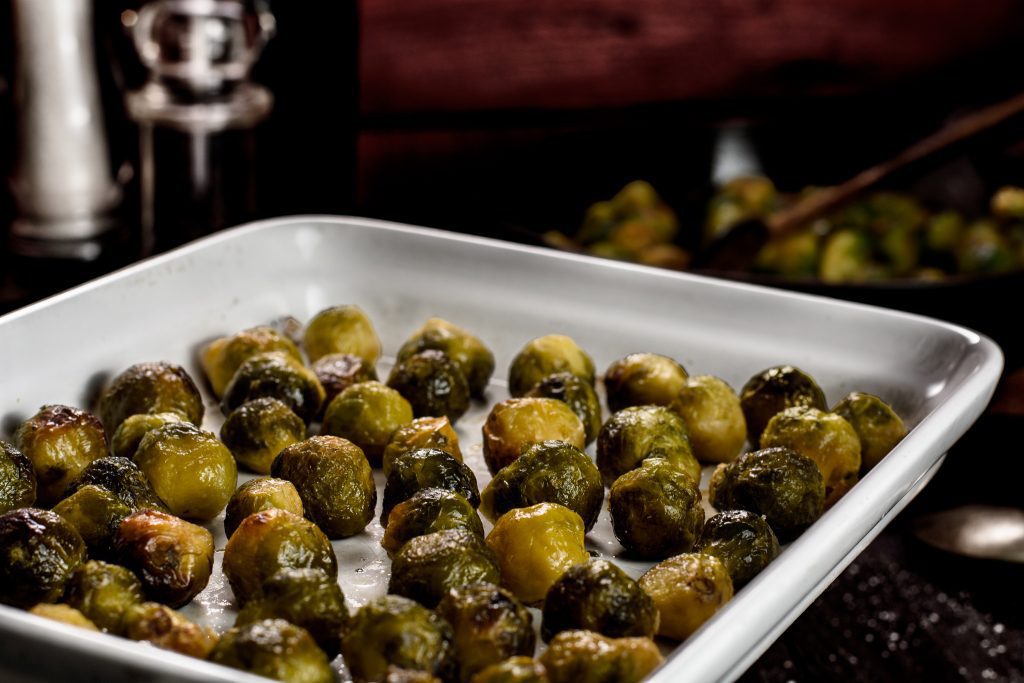 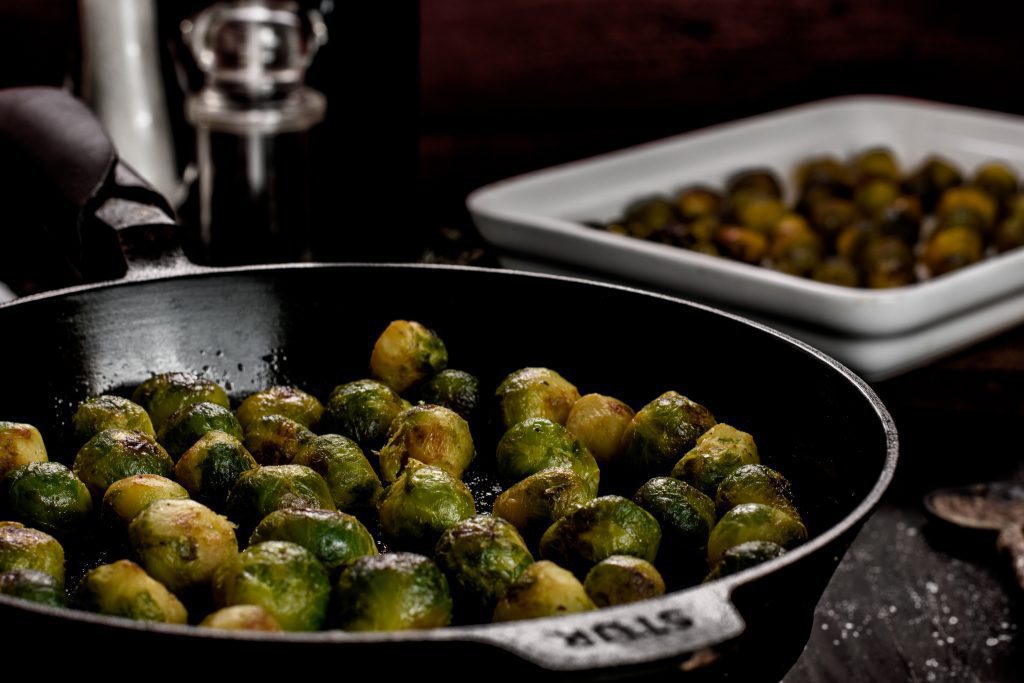 What are the benefits of eating Brussels sprouts?

Eating a lot of Brussels sprouts and other cruciferous vegetables may help protect against stomach, lungs, kidney, breast, bladder, and prostate cancer. It may also help stave off other health issues, such as high blood pressure, high cholesterol, heart disease, and diabetes given that consumed in large enough quantities as part of an equilibrated diet.

Which is healthier Brussels sprouts or broccoli?

There is no healthier when it comes to the two. They both are green and vegetables thus good for us because they provide essential nutrition that our body can’t produce. Broccoli may have a higher count of calories, fat and carbs, it is richer in calcium, iron, and pantothenic acid and has a bit more potassium.

What is the healthiest way to eat Brussels sprouts?

Microwaving is the best method to keep the most goodies inside of our veggies, following by sautéing then steaming and only then comes cooking somewhere extremely far behind.

What is the best way to eat Brussels sprouts?

If it is done right, Brussels sprouts can be enjoyed in many ways. Roasting them in a skillet with some oil, salt and black pepper is a great place to start experimenting. Once getting comfortable, drizzle them with a bit of balsamic vinegar or lemon juice and toss them with feta or Parmesan cheese, herbs, red pepper flakes, roasted nuts and pumpkin seed. 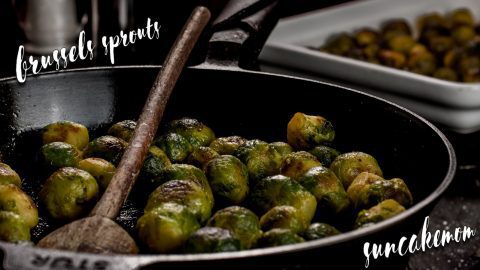 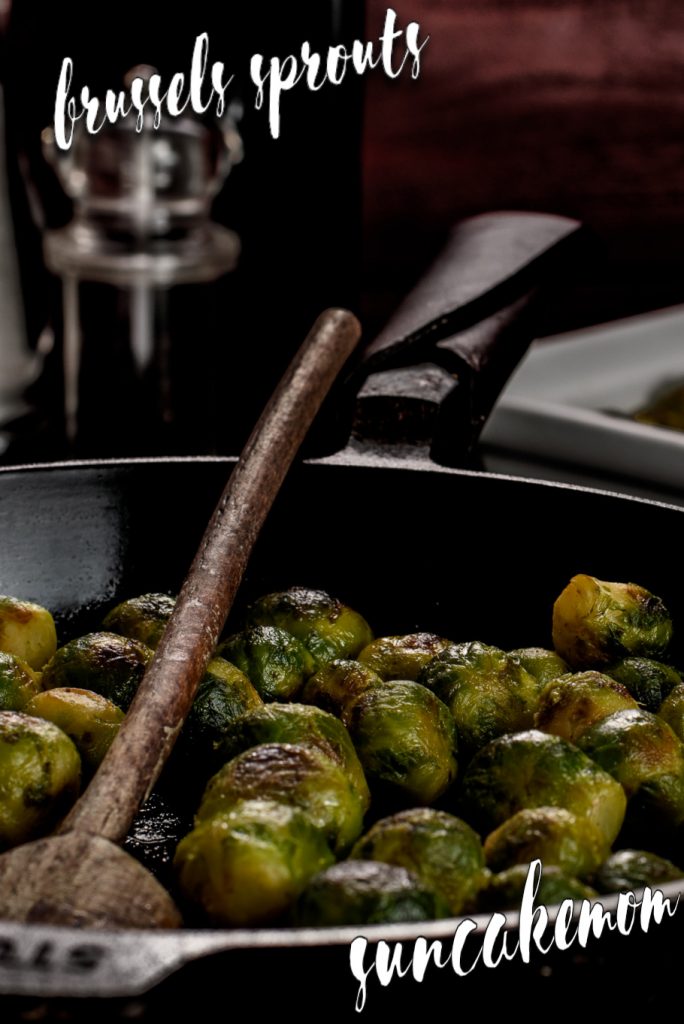