Should we change our habits or let habits change us? Make this tasty Irish soda bread and see what our heart bids us! 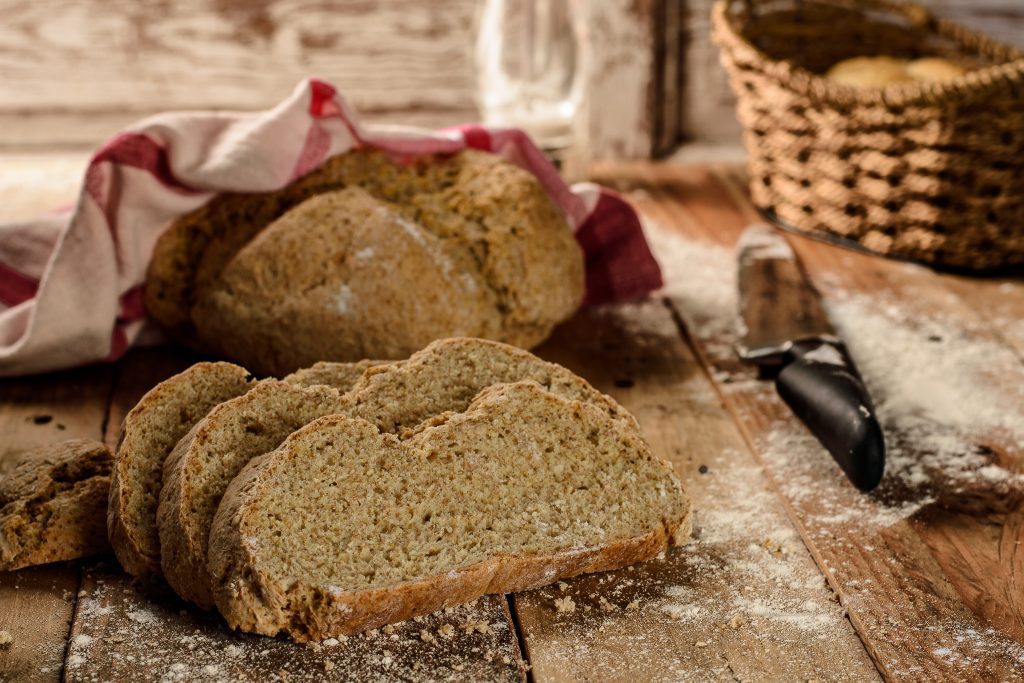 Where there is a will, there is a way or so the saying goes, and couldn’t it be more accurate, describing the willingness of human nature when we set our mind to accomplish something.

Interestingly, coming over the greatest difficulties aren’t really those that are ahead of us, like taking a human to another planet or find a vaccine for a virus, but those that govern our daily life.

Habits that define our being can stick their roots in the very midst of our souls. If we fail to realize how deeply we are affected by them, we can easily let ourselves drift through the days without being controlled by any conscious thoughts.

Going on autopilot isn’t always bad though. Afteral, no one wants to use their precious time for thinking about all the saddle toothbrush pushing and pulling to get those tiny little food particles out of the crevices of our gums and teeth. Not to mention the tiresome process of driving a car to work that took so long to master to the level where we can drive and apply makeup / shave.

How to get out of habits?

Following habits on autopilot only works if the circumstances do not change.

Once a grain of sand gets in the machine, we have to correct the course of actions, according to our needs. We can use such disruptions to our advantage if we want to change our habits, such as quit smoking, drinking or putting sugar in everything. More importantly, we can deliberately inject such disruptions into our daily routine and use the momentum to build a change in our life.

Much like baking soda was introduced into the bread baking guild.

Soda bread is just like its name suggests bread made with soda, baking soda to be more precise. Despite all the fuss about sour dough bread nowadays, making bread is a straightforward natural process that doesn’t require anything but wheat flour, water and some bacteria that is found in the air.

Once we wet the flour and leave it in the open for the bacteria to feed on it, we’ve got ourselves the glorified sour dough that we can use to make our very own bread. So, making bread is kind of a straightforward foolproof process, given that we live in a climate where wheat can flourish and produce a high protein / gluten content flour.

Missing that, our bread making ambitions will fall flat. If there isn’t enough gluten in the flour to support the bacteria CO2 production, the gas will just leave the bread without being trapped thus leavening it.

Thanks to the lovely Twilight vampires inviting climate of Ireland, wheat production although present it was never at the height of the dough stretching masters of Italy.

Bread, in Ireland, was made flat until baking soda came to the rescue and raised the Irish bread making into new heights.

Although many -especially in the sourdough community- would frown at the prospects of soda bread, making it has its advantages.

Soda bread is quick to make and due to the leavening agent used, we don’t have to be picky about what we mix it with. Probably this is why there are a number of recipes out there mixed up with oat, nuts, fruits, cottage cheese or Guinness.

The basic Irish soda bread contains flour, salt, baking soda and the acidic buttermilk. The reaction of acid and soda is what generates CO2 and raises the bread, so we have to be quick popping it into the oven once the ingredients are mixed together.

Soda bread shouldn’t be over kneaded or not even kneaded at all. The real beauty of the whole method is the quickness, we can prepare several loaves of bread without much effort. The results sure will be far from the stretchiness of the perfectly aligned gluten structure but those, who like the most and crumbly texture, couldn’t find themselves a more pleasing bite for their butter. 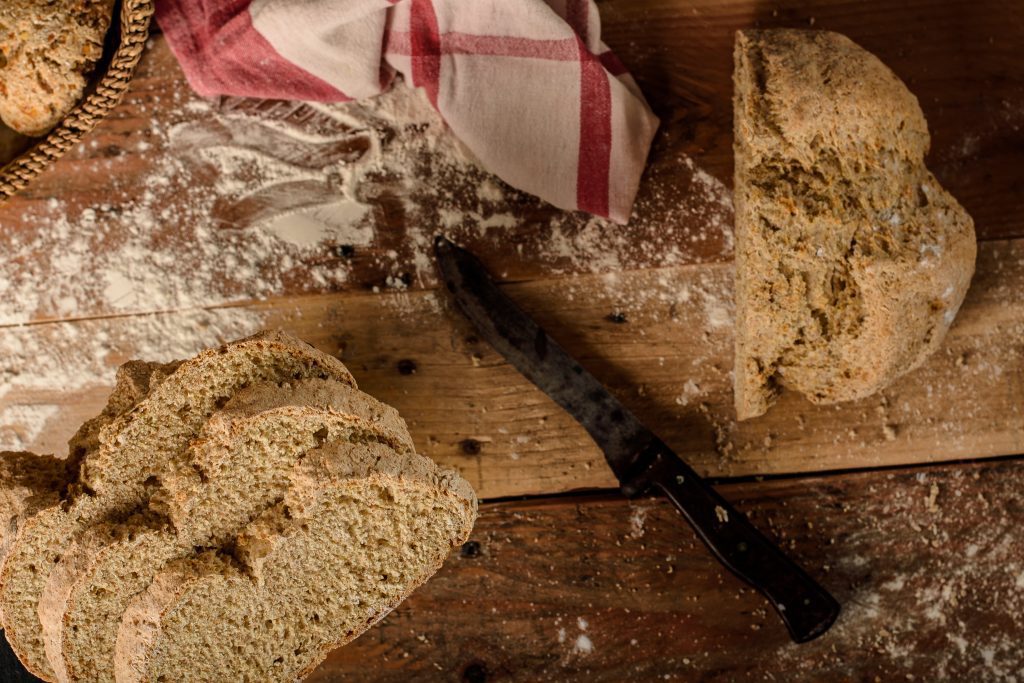 How to make Irish soda bread 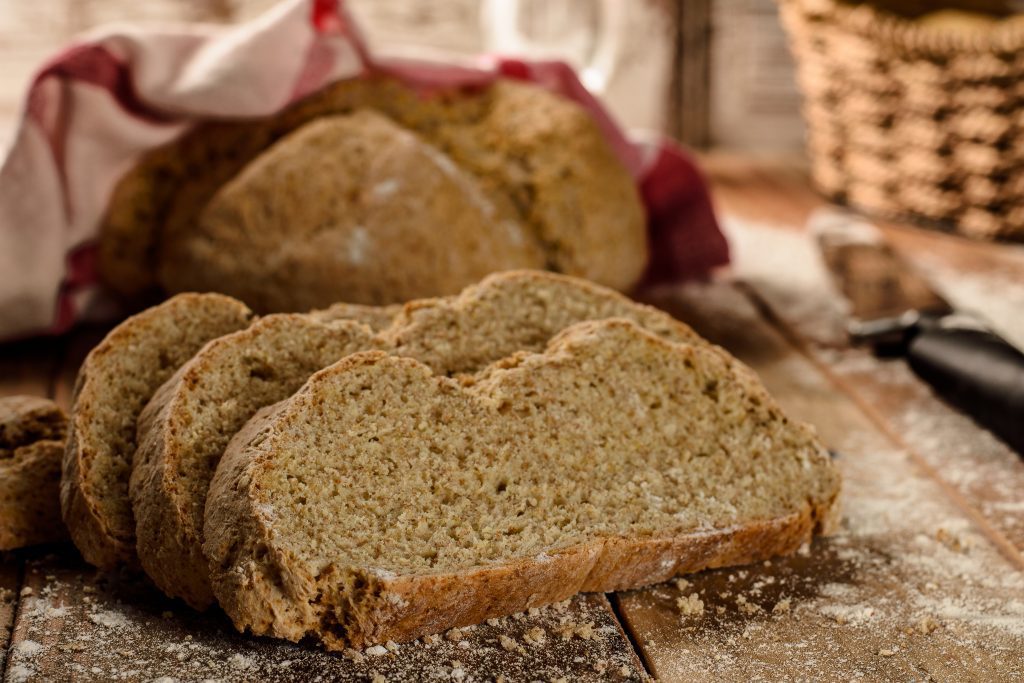 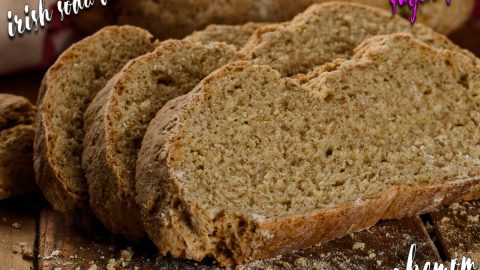 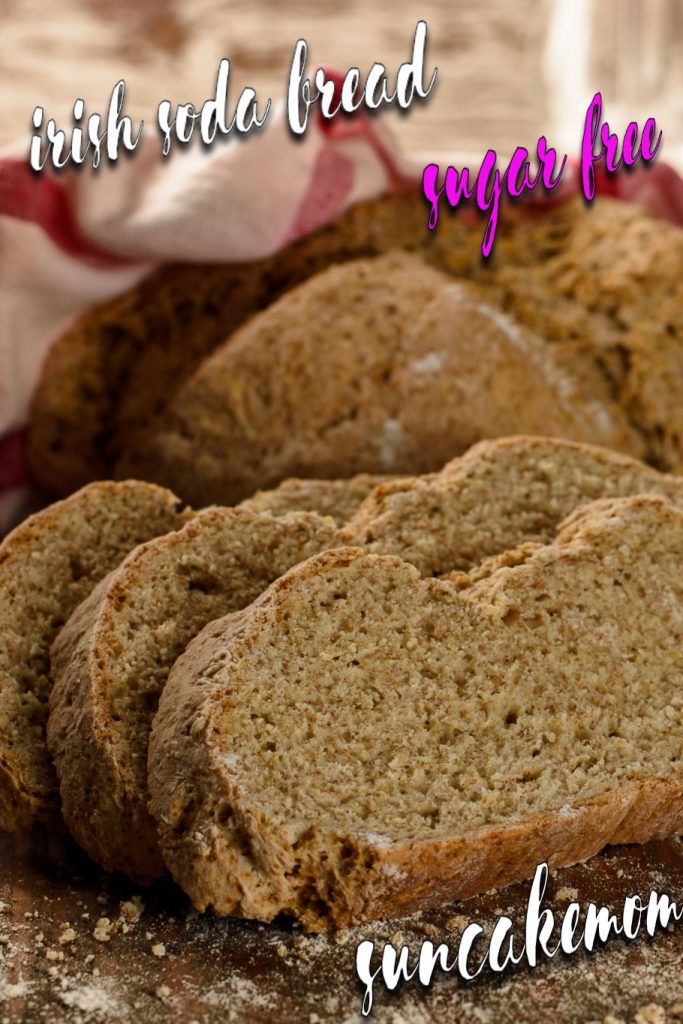