Run out of ready made stuff or just looking for a healthier meal? Let’s make this green bean casserole, that’s so good, it’s surreal! 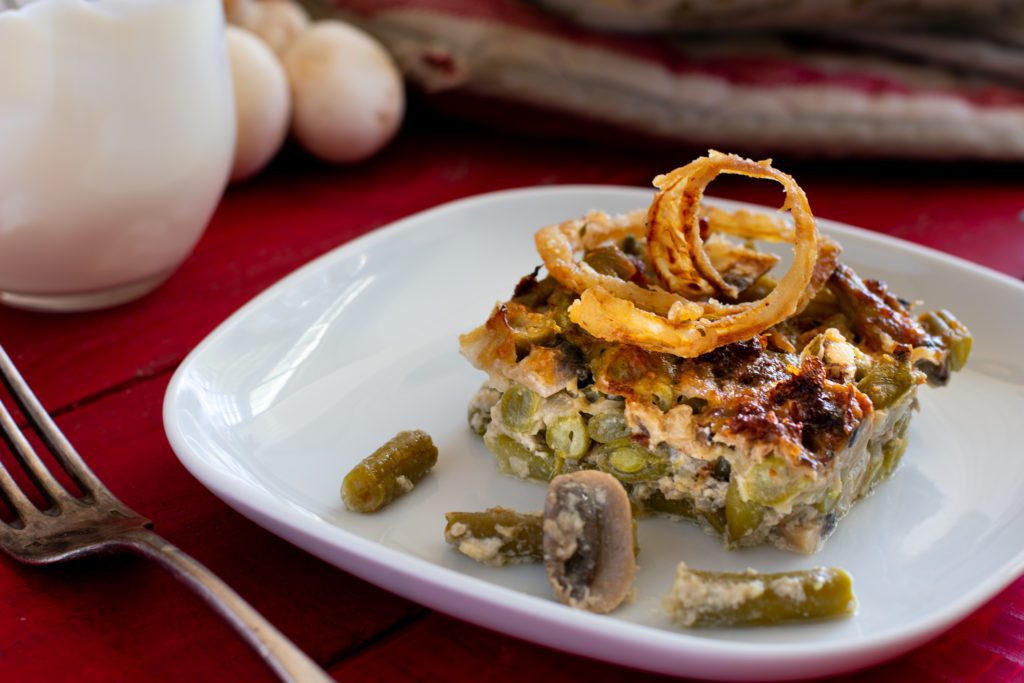 Green bean casserole is rooted so deeply in American culture like it was brought over from England by the first pilgrims strapped on the back of turkeys.

Actually, turkeys weren’t brought from anywhere as it’s a native American bird who were living peacefully in the wild disturbed by only an occasional native American arrow. Little they knew about their future when some of them were served at the first Thanksgiving dinner in 1621.

Nowadays, 270 million turkeys are raised only for that day in the United States. Not as many other countries had much idea about Thanksgiving, let alone to celebrate it but the Spanish conquerors were kind enough and introduced the world to the turkeys.

Or rather introduced the turkey to the world, by bringing them back from the new world and spread them around Europe and Asia, like butter. So, at the end of the day it’s pretty impressive from a bird that can’t even fly to be all around the world.

Sure enough, turkeys are not kept for their personalities which is as bad as their feathery or rather featherless look. No wonder, they are sold with their head chopped off.

Actually, it’s a wonder that turkeys are sold whole, being such a huge thing when fully grown, but that’s why there are big ovens in our kitchens to be able to roast a turkey once a year.

But turkeys weren’t a thing without side dishes, like the green beans that are also native to the Americans. Originally, it is thought to be from Central- and South America though, and spread from there around the world by the same Spanish who helped the turkey to its worldwide fame.

Green beans needed a bit more time to establish its place on the dinner table, though. It took more than 300 years for the green beans to explode into the mainstream with a little push by the Campbell Soup Company.

The same company who created and still sells the soup main ingredient, the mushroom soup. “The inspiration for the dish was, to create a quick and easy recipe around two things most Americans always had on hand in the 1950s: green beans and Campbell’s Cream of Mushroom Soup.”

No wonder, the dish has engraved itself into the pop culture in such a short time, even without the help of social media. During the years, recipes surfaced where the mushroom soup was substituted with sour cream which is probably healthier and less processed, not to mention gluten free alternative to the original one.

Making the green bean casserole with sour cream and fresh mushrooms takes a tiny bit more effort than popping open a tin and mixing it with the beans, but homemade always tastes better. The best we can get of homemade dishes is that we don’t have to put up with all those weird sounding stuff that are in ready-made food like the canned mushroom soup.

Preparing the green bean casserole from scratch won’t require much skills or years spent over the burner. A bit of sautéing on butter is all what we will have to do to prepare the dish for the oven and from then it’s only time we need to let it baked ready.

If that wouldn’t be enough to merrily spend the night with a hot turkey, we can always throw a couple of floured onion rings into hot oil to galvanize the atmosphere. 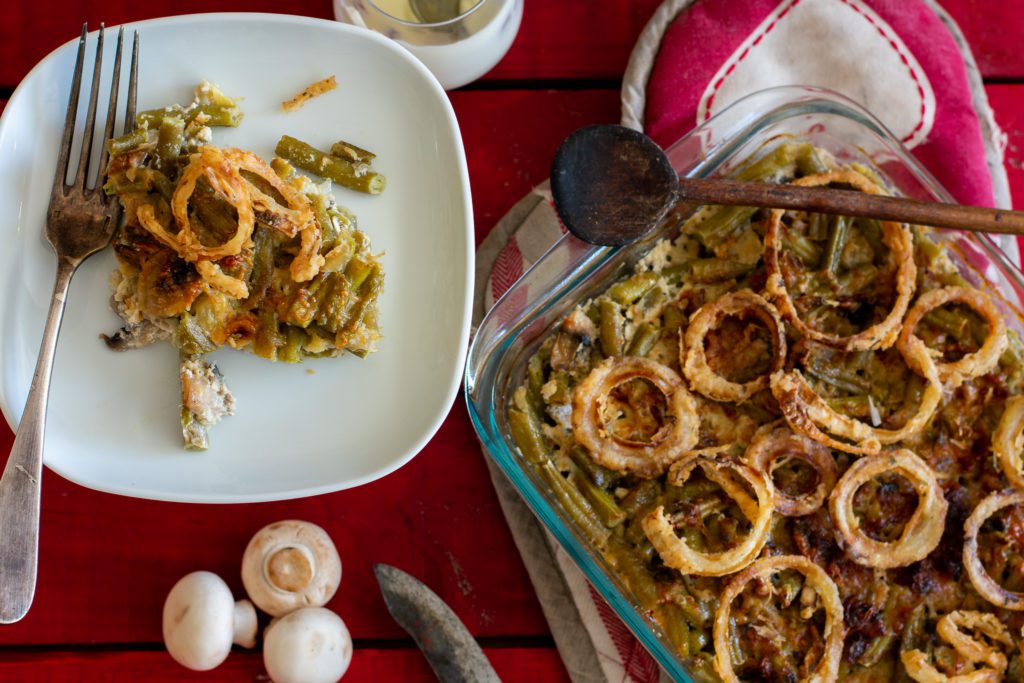 How to make Green bean casserole 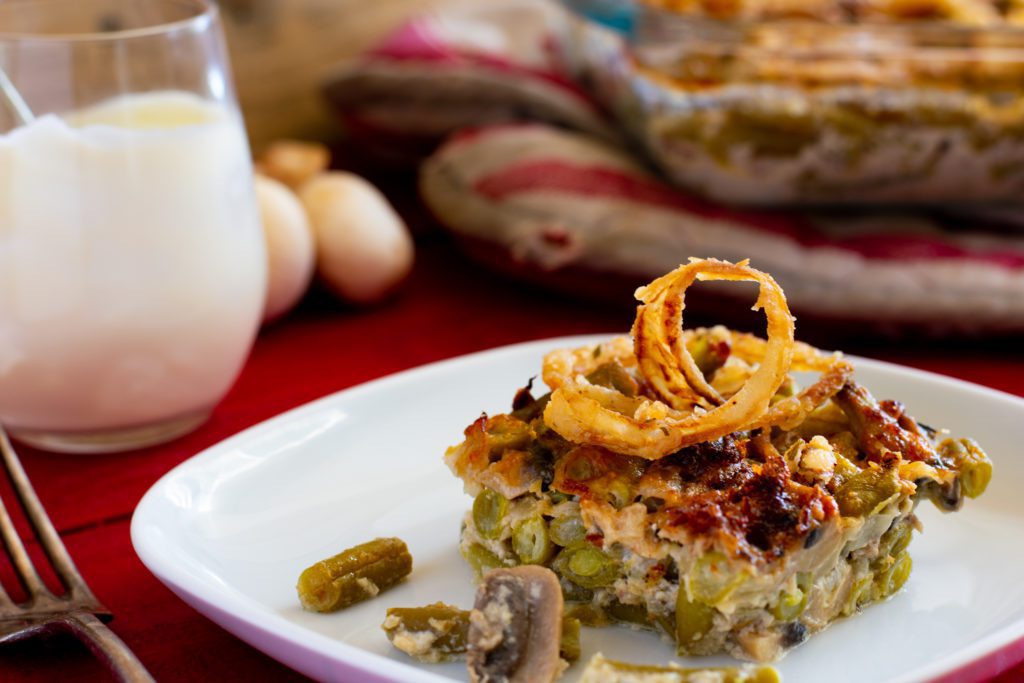 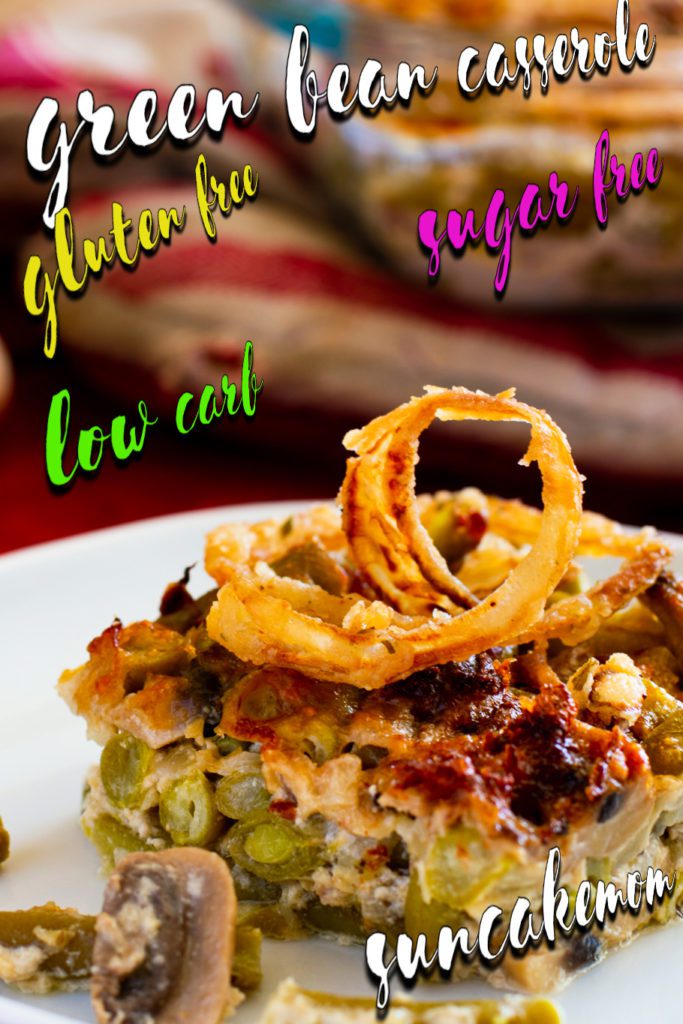