It doesn’t matter if there’s pork liver or beef liver sitting in the fridge. With a touch of paprika and push of sweet onion this recipe makes them perfect! 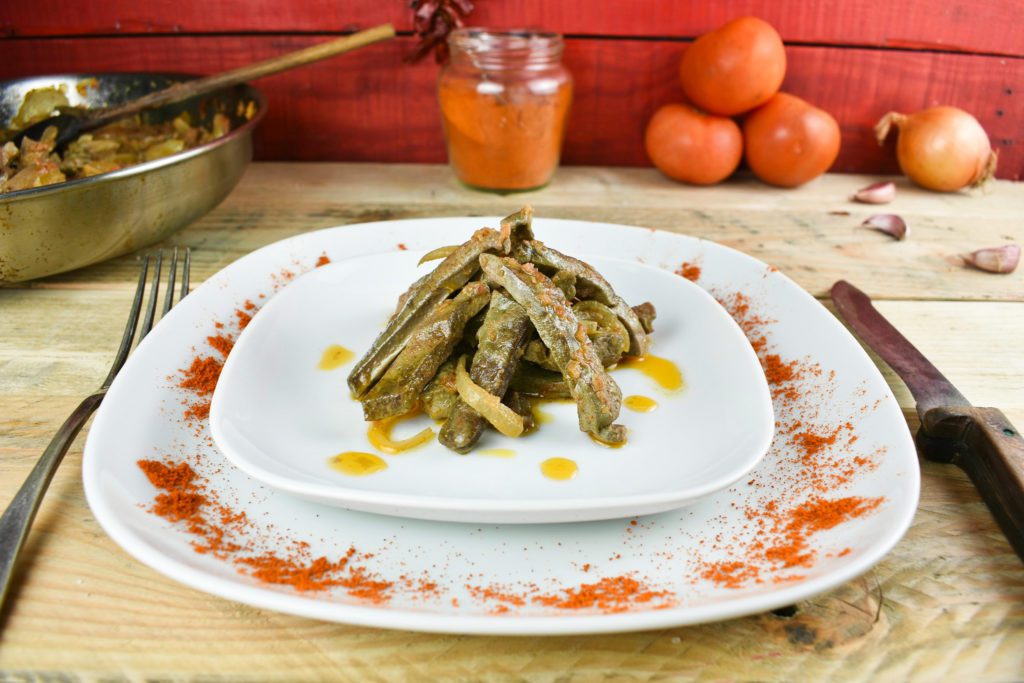 For some obscure reason the inner parts of various animals aren’t as present in our popular cuisine as the well-known meat products. Maybe it is the availability or price that fends people off from these cuts but most often than not it’s just down to customs.

We aren’t accustomed to eat those parts of the animals anymore. At least not in places where people aren’t slaughtering their animals anymore. The ivory tower of pop raw materials prevents us to see our food as another living, breathing being reducing its existence into foil packed nutrition that the body needs.

We can’t really see brains, hearts, gizzards or livers lying around on the shelves as much as chicken breasts, pork loins or steaks. Sure enough, that’s maybe due to its availability, as well. After all, one cow has four legs to make steak and only one tripe.

Nor can we all have those bits, anyway. Just see what’s happening with poor ducks that are bread for their fatty liver. Not the ecological bread ones that are slaughtered when their liver naturally grows bigger to store more nutrients for their yearly migration but the other force-fed ones.

Both livers are equally tasty tough and high in demand hence the golden price tag, it bears and the industry practices that are mostly not advertised.

Luckily pork and beef livers aren’t as pleasant delicacies as fatty duck livers, otherwise those poor animals should suffer the same feat that ducks. Not as they have a privileged position in the human food industry but we’ve got to eat something.

Livers are actually good for us or so the numbers say. Except of course those that are too good for us like Husky, Polar Bear, Moose, Walruses and Bearded seals liver. Although, we don’t really come across of that kind of meat on a normal boring shopping trip or in fact most probably in any shopping trip, it’s worth to know if we go hunting what not to eat.

Otherwise humans can eat pretty much every kind of liver baked, boiled, fried or even eaten raw. Eating liver raw is not recommended and can be fatal so better to stay on the safe side of the oven top.

Liver contains a ton of Iron and Vitamins like A, B12, C and others but those who love it, won’t take it because its high vitamin and minerals content. On it’s own, it isn’t really and exciting to have, anyway. It’s rather a raw and sour ingredient thanks to its high iron content.

So basically, we have to take those sharp irony edge away and bundle it with some smoothing aid. It doesn’t need much of a hassle though. A bit of plain onion would do the job easily but if there are tomatoes and paprika on the kitchen shelf then those will make a difference.

Black pepper can also be used to spice the dish up a bit or hot paprika or chilly but that is always up to individual tastes. Mind not to add any salt to the dish until it is served on the plates.

Adding salt too early will dry the liver out and make it less tender. Excessive cooking also makes it hard and juiceless, so keep it at the minimum. After a couple of minutes of cooking and stirring, cut a couple of bigger pieces from the top of the pan in half to see if there is any blood present. If no blood is visible, it is good to go.

This recipe can be used with any kind of liver preparation including fowl, lamb, calf, chicken, goose or ox but the best will be with beef or pork. Beef and pork are sort of similar in taste the latter being a bit less tender and stronger in taste but not easily distinguishable.

Liver is a strong hearty cut to prepare any dishes. It won’t be as exciting as fatty duck liver spread over a slice of toast, topped with blackcurrant jam but it’s not meant to be like that. It’s a characteristic powerful piece of meat brought forward on the sweet tender slices of caramelized onion surrounded with the slightly tangy tomato puree with a touch of aromatic paprika. 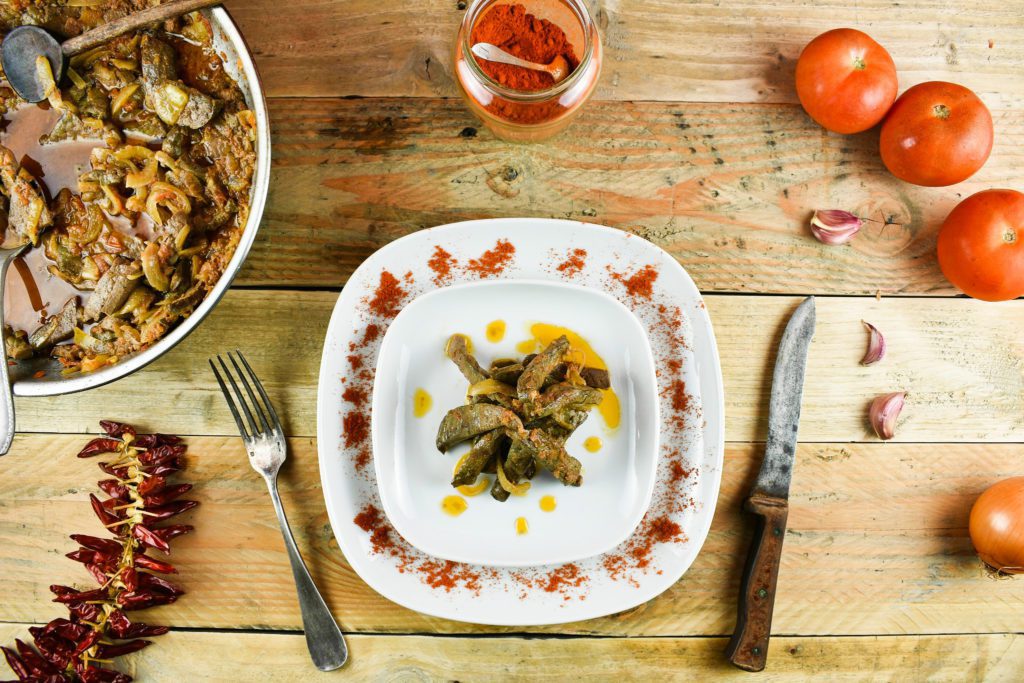 How to make beef liver 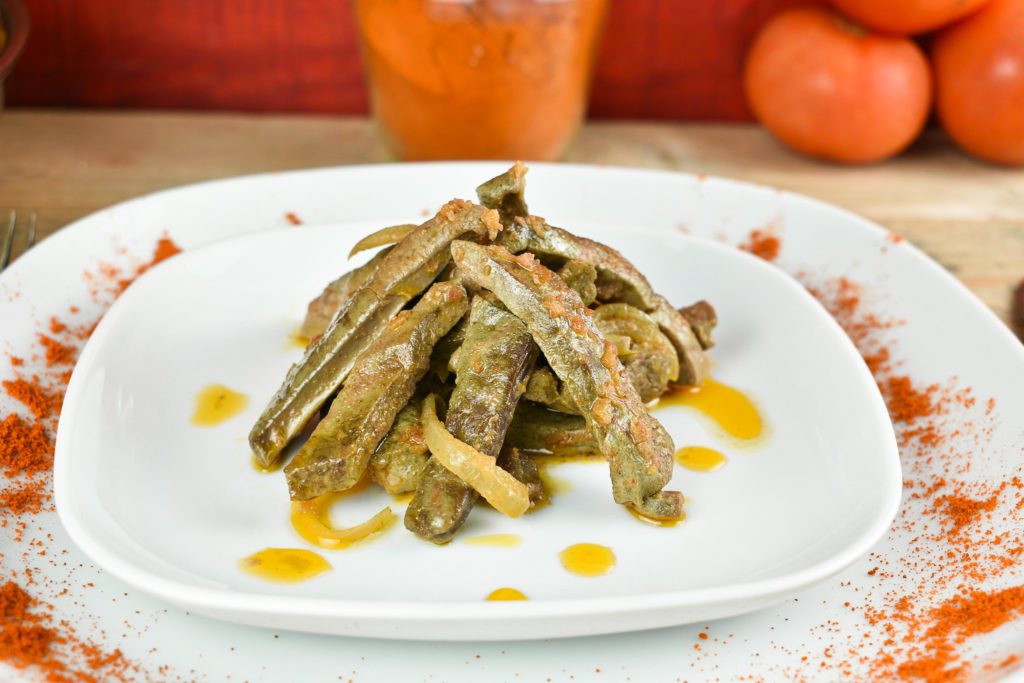 How long should liver be cooked?

Depends on the amount of liver we are working with. A big batch like this recipe has takes longer than smaller amounts. A slice of liver in a skillet takes about 3-4 minutes per side to be done on medium heat.

How can I make liver taste good?

Liver tastes like liver and it will always taste like liver. Some like it others don’t and that’s fine but there are some tricks to make it taste better. Use fresh liver! A couple of days in the fridge will give the liver a more sour flavor than should be. Use spices, herbs and plenty of caramelized onion that can balance the strong taste of liver.

Which liver is best to eat?

Depends on individual tastes but duck liver is very popular and priced accordingly too. Chicken liver is also a big favorite and chicken liver pate is a worthy alternative to duck liver pate. Beef and pork are quite similar in terms of popularity and flavor with pork being a bit more edgy. 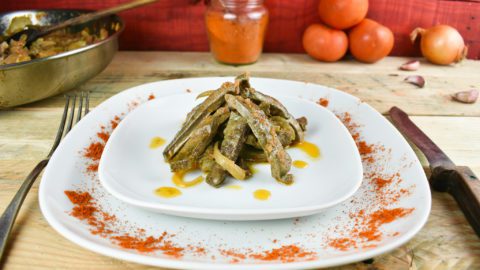 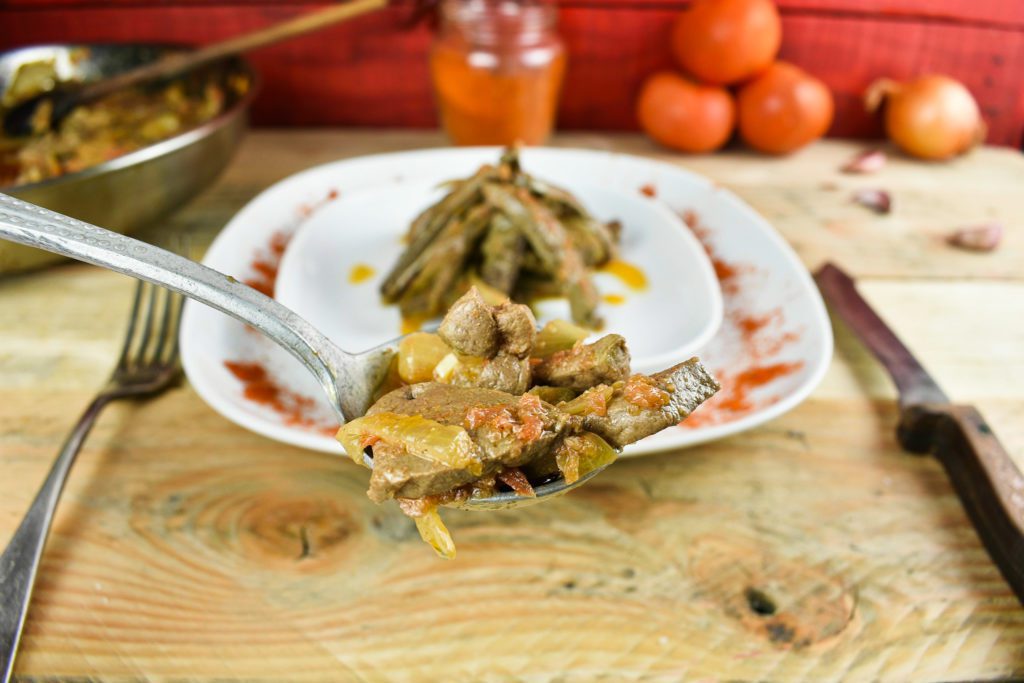 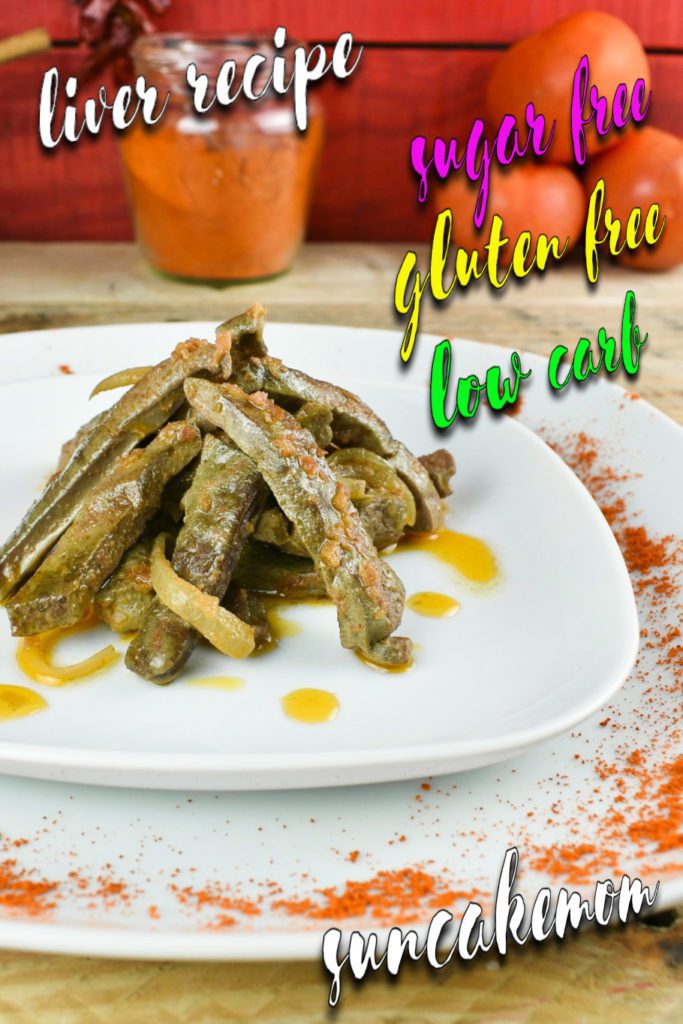