Need to keep the bad spirits at bay or just looking for a flavorful bite? Roast some garlic that will make every mouthful a charming delight! 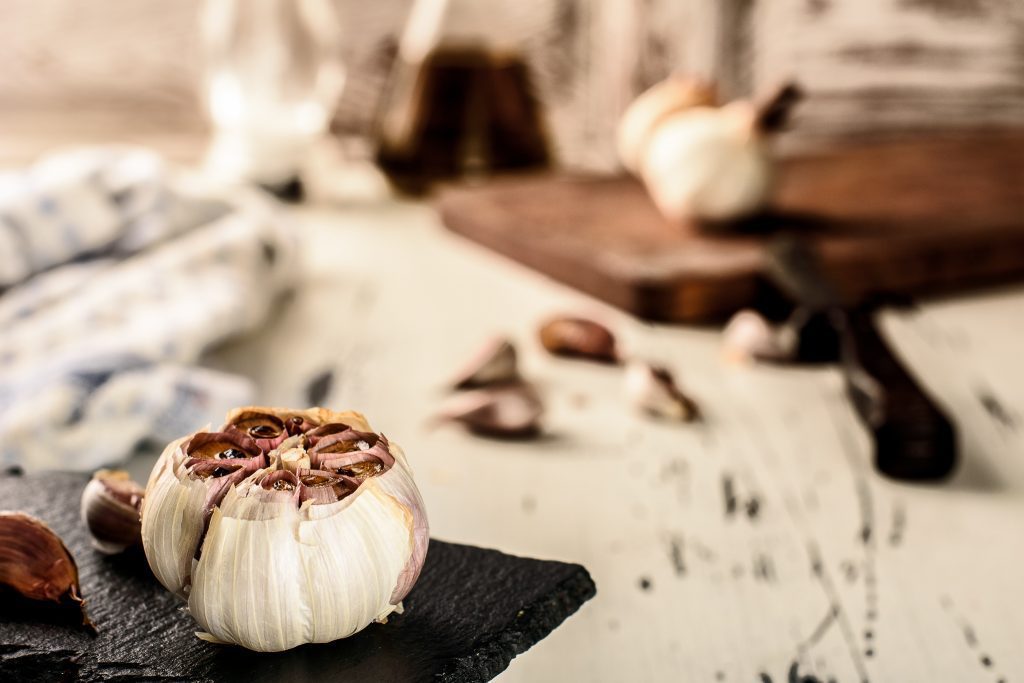 The best thing about stories that they have no factual base so we can tell them to our liking. This means that we bend the flow of the story towards a point that support our argument. The best stories though are those that have the grain of truth hidden in the details so our audience can relate to it much more personally.

Successful religions, that reach back to thousands of years to support their teaching, know a lot about how stories need to be told to affect people’s life. If a story is being told enough, people start to treat it as part of their reality and for many, they are even able to replace the real world.

Although virtual reality, that is just starting to take off humanity, hasn’t needed headsets or even visual representation to bring their imagination alive. The human brain’s need for control spawned countless explanation about the world, based on misguided experiments and sloppily conducted observations.

Let’s just take the popular witch testing method of throwing bound people into rivers to see if they float. If they did float then they were aided by evil forces and were killed but if they didn’t float, they were normal people who unfortunately drowned.

What is the grain of truth?

Weighing ducks to witches to see if they are made of wood wasn’t the only preliminary scientific study in recent human history but only one in a long line of experiments.

Rabies that makes people fear water, sunshine or even their own image in a mirror spawned a whole subculture in storytelling. As being a neurological virus, it can completely alter the main host character to facilitate the virus spread, making someone aggressive or overly friendly.

The fact that it’s spreading by bites and those who are infected tends to bite, gave a cozy breeding ground for the vast array of tales around the teeth sinking humans turned to demons.

It’s not a coincidence that Count Dracula was born in a land where rabies ravaged the lands for years unmercifully. No plague leaves our collective cultural memory without traces.

We still know what to use to kill vampires or keep them away from us. Although silver bullets might be a bit of an overkill but burning their bodies and hanging garlic all over the place has solid real-life foundation.

As folklore implies to rub garlic around windows and keyholes so the evil spirits won’t be able to get in, people with rabies will also keep their distance from anything that smells nasty, including garlic.

How to use garlic?

Hanging whole heads of garlic around the house may not have the desired effect but at times when once common threats are not part of our everyday life, habits are being reduced to senseless traditions and we tend to keep carrying them forward as a way of our life.

The uselessness of garlic doesn’t mean that we immediately have to throw out our favorite garlic beads though. Especially because we can simply roast them as they are.

Garlic is long part of the traditional medicine as an all arounder natural antibiotics and as recently discovered stomach cancer wading properties. Of course, most of us aren’t fond of it because it can kill bacteria, repent vampires, or glue porcelain but because it’s tasty.

Unbelievable as it may sounds but roasting makes it even tastier or at least it will take away some of the sulphury edge, opening up the possibilities to an audience that weren’t really raving for it before. 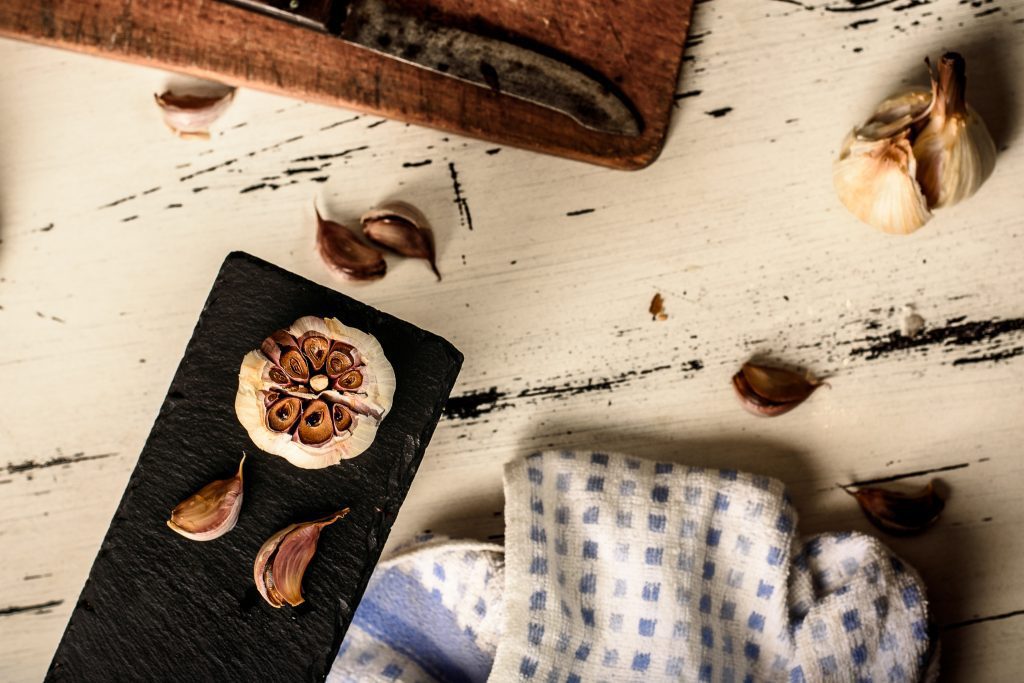 How to make Roasted garlic 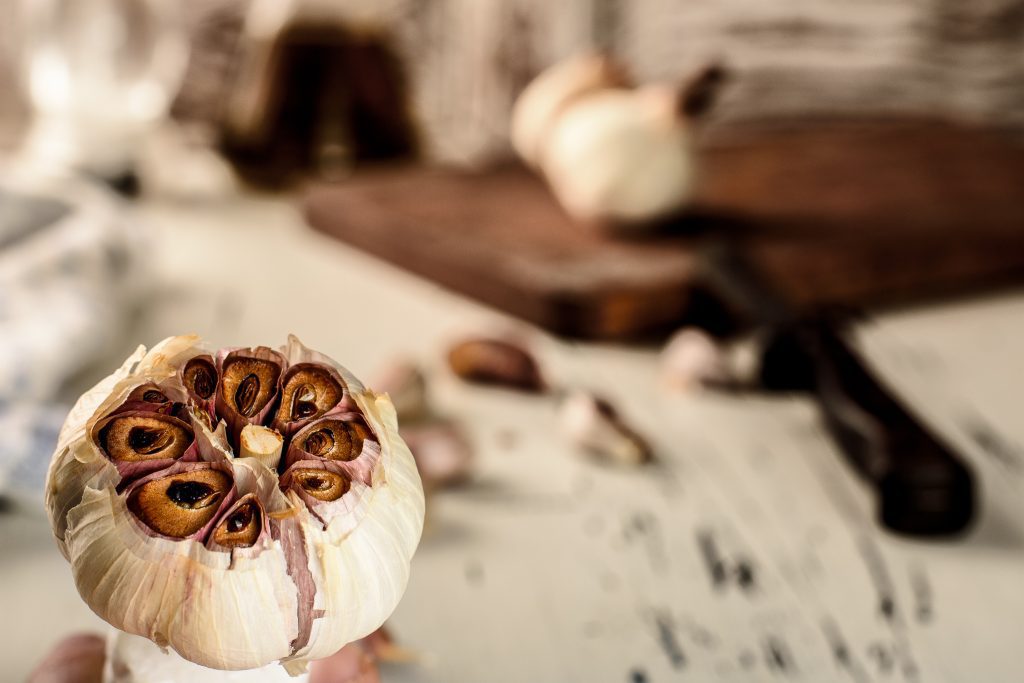 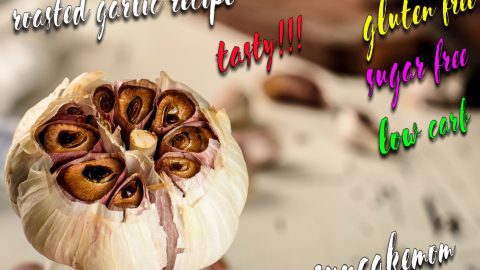 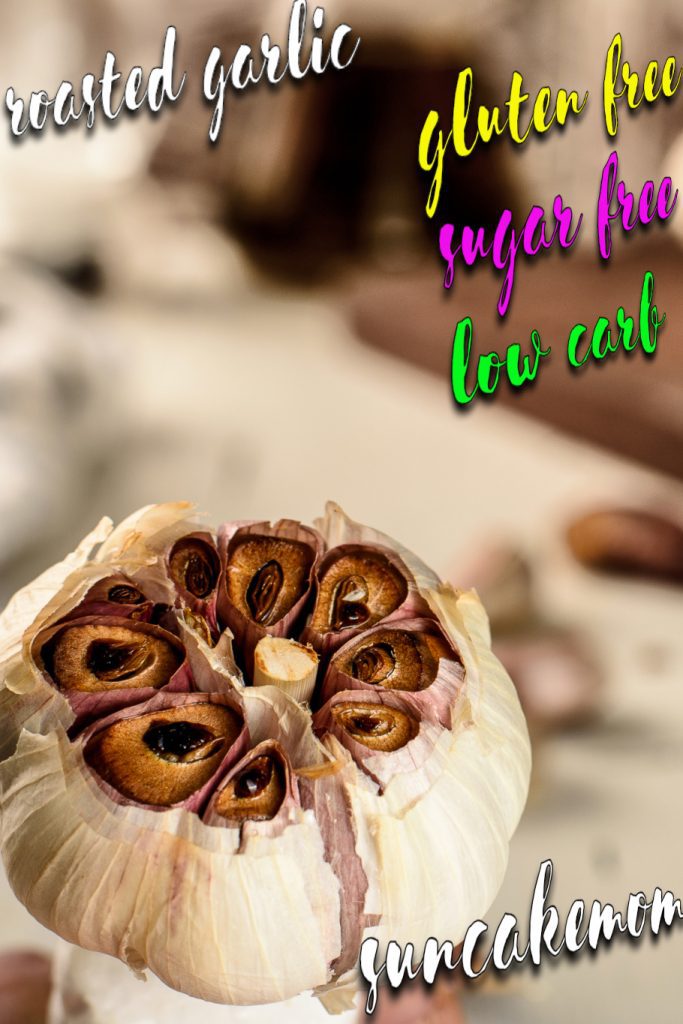