Does national identity influence food or it is the other way around? Let’s discover the non-existent history and obscure heritage of the Parmesan chips. 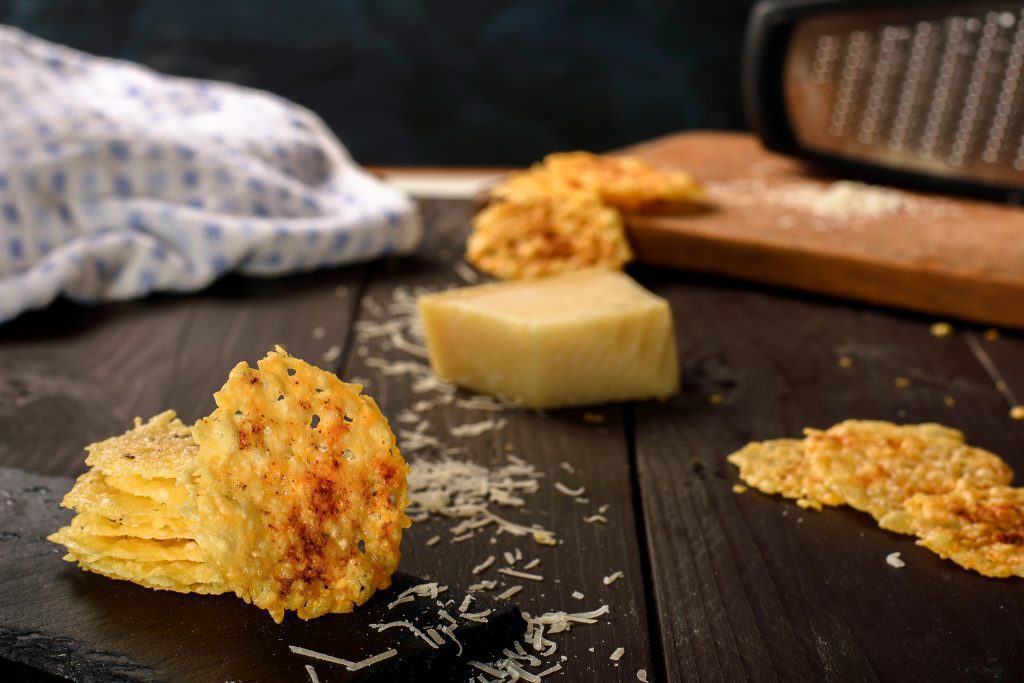 If the Italian flag is about food, then the white must be the cheese. Of course, One may argue that it could be the flour as that is the base of almost all epic Italian dish, yet its significance would be overestimated.

Finally, just see the first two points again. The white in the Italian flag is cheese.

Was the Italian flag invented by a chef?

Luckily, there is no official explanation of what the colors of the Italian flag symbolize as the Italians just took the French flag and swapped the blue to green. Maybe, it was a bit more complicated than that because at the end of the 18th century Northern Italy was under the occupation of Napoleon’s army.

When Napoleon became emperor and the North Italy one of his kingdoms, the vertical green, white and red became the kingdom’s official flag.

Political stability wasn’t that described Napoleon’s rule though, neither the times after his rein. It took Italy almost 50 years to be united again under one national flag. The coming years brought various changes to governments and the flag alike, but the colors remained the same as we all know of today.

The Italian flag is about food, right?

Some like to think that the Italian flag represents the green landscape, the white snowy mountains and the red blood that was shed to bring the country to a nation that it is today. The more spiritually blessed, lean towards symbols like hope, faith and charity but we, in the culinary world know much better than any of those is nonsense.

The Italian flag is about basil, cheese and tomato and if anyone has ever been to Italy, tasting the three of those things on a pizza, must nod in agreement that it’s the only viable explanation there is.

Sure, enough these things exist outside of Italy too but when the rays of sun bounce off the green of the leaves, the sparkle around them shines with different hue. The richness smells of air through the rising sun cuddles the growing tomatoes every morning till they are ready to glorify the passing moments of life.

Is the white means cheese then?

The far-reaching flavors of cheese, well Italian cheese, really doesn’t even exist outside of Italy. At least not Parmesan, according to EU law. Other nations, that don’t even know where Italy exactly is, can call any hard cheese that’s hard to grate Parmesan, but otherwise Parmesan is made in Italy only.

The original Italian Parmesan cheese is made of a mixture of natural semi-skilled and unpasteurized grass-fed cow’s whole milk. It sounds far-fetched in the era of automatized food production but the whole process is taken a step further by aging the cheese for 12 to 36 months.

No wonder shops ask for a small fortune for it nor that dairy manufacturers took on the opportunity and started making their own. Thanks to them, we can have a wide selection of cheap Parmesan style cheese for a price, we don’t feel like making chips from them a waste.

Mind not to use too much of the cheese if the goal is to make crackling crispy parmesan chips. Too much of this cheese can cause chips to become softer, even when cooled, than we would like them to be.

In case we feel creative, get some tools ready to roll, cut and fold the cheese chips into shapes never before seen in the chips world and have fun with them. 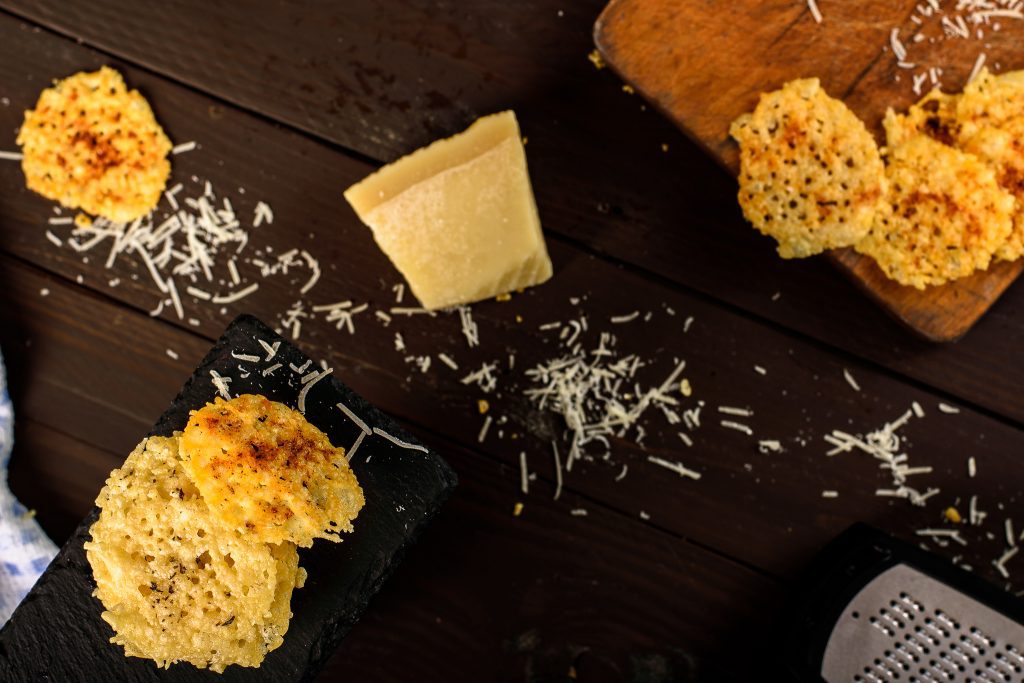 How to make Parmesan chips 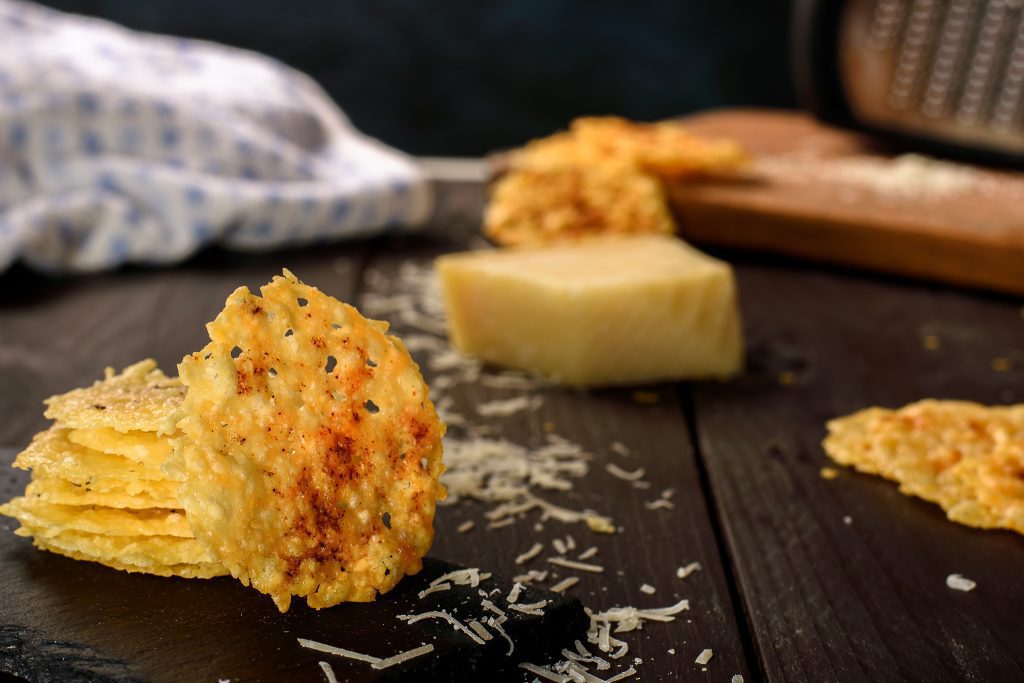 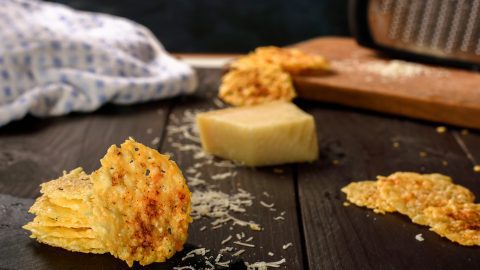 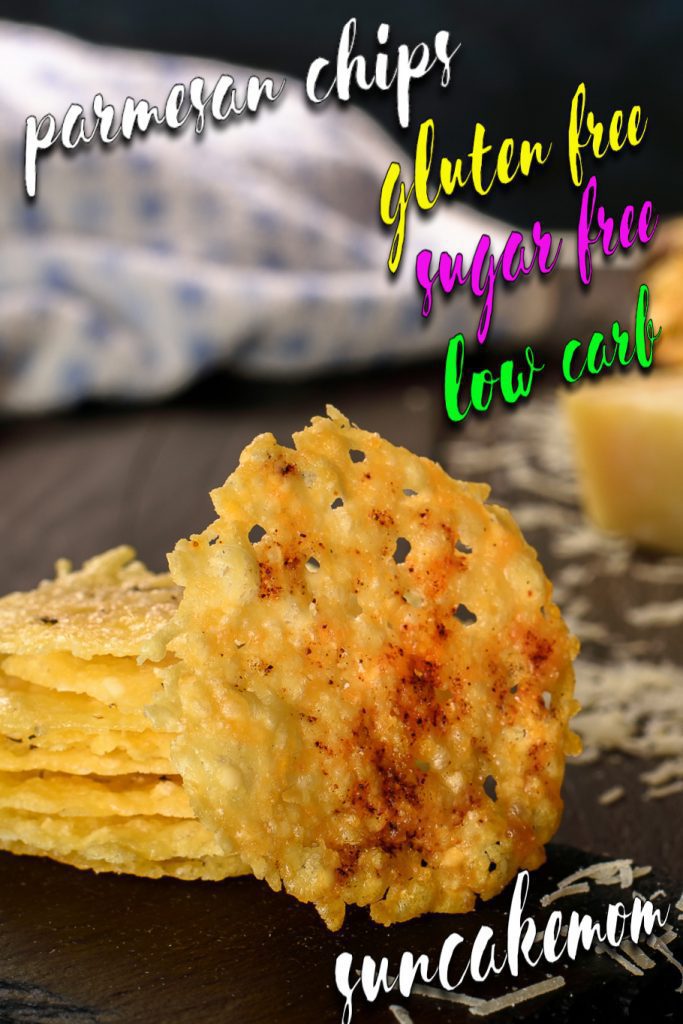