How Does Our Brain Work?

Did we really awake to consciousness only to observe and enjoy the ride? 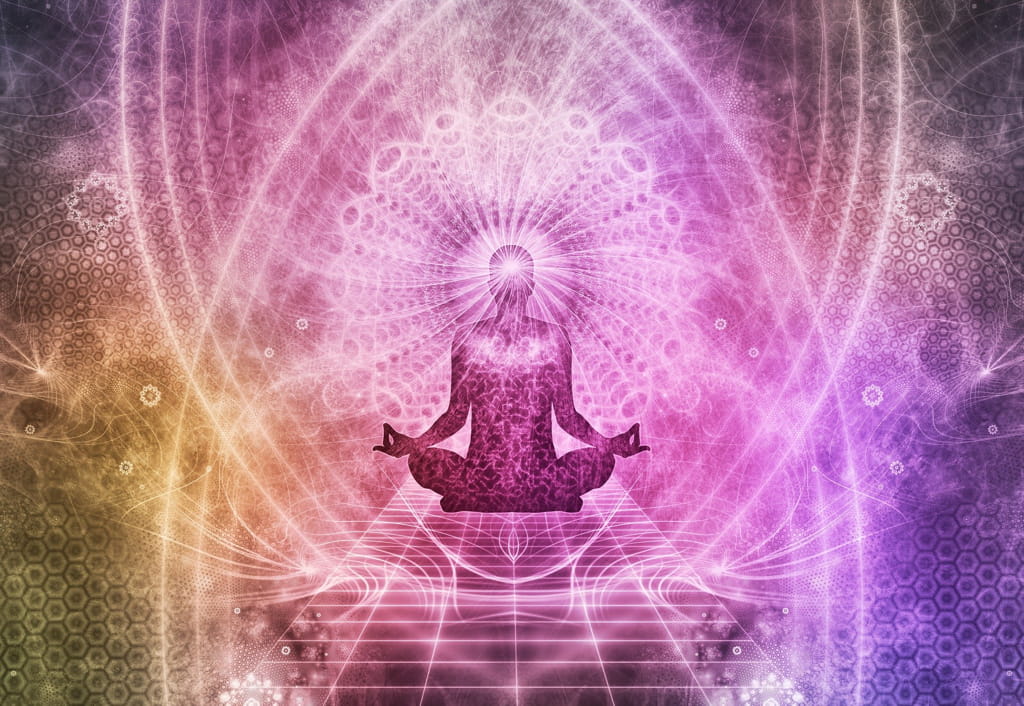 No one really knows how our brain exactly works, yet. We have been becoming more and more knowledgeable about it by the day, getting hands on experience with things that were pure science fiction a couple of decades ago.

Of course, this statement is rather vague, and it can be said to any field in science since we left behind the dark ages, but with the development of AI technology, things took a neck breaking turn.

What a couple of years ago needed surgery, wires and electrodes, nowadays can be done wirelessly scanning our brain. So, planting microchips to the back of our skulls, although enticing, may not be the new black, after all.

When did it all start? 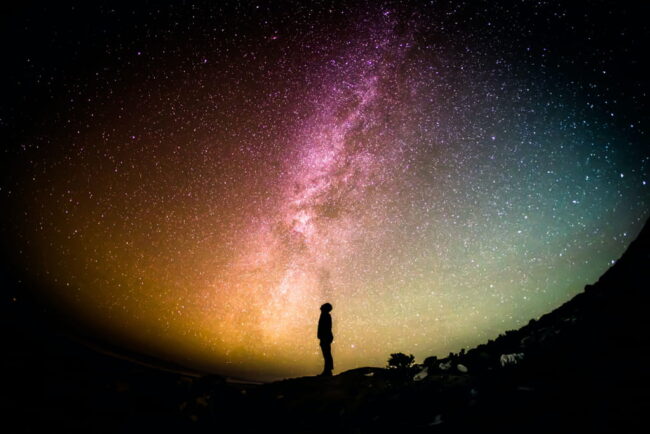 As proud as we are to our independence and freedom, science may have some really daunting facts for us starting with the Big Bang.

Apart from being a popular and entertaining sitcom, The Big Bang theory states that all matters of our Universe are originating from one starting point.

Something like the starting position of a game of pool where all the balls were packed tightly together.

Then something happened and all the matter started to disperse in the Universe, similarly as the cue ball breaks the pack and all the balls start rolling around in apparent madness.

Of course, pool balls don’t really do much, apart from hitting each other but when matters in our Universe collide, especially when there is exorbitant amount of heat involved, interesting things start to happen.

As atoms collided with each other, molecules were created then gravity pulled together things into stars, planets, and galaxies in a couple of million years.

As much as in a pool game, where the result depends on the initial hit of the cue ball (and subsequent hits but that’s not the point now), the Universe as well is in constant movement because of the initial force it caused it to move.

Where does it all go?

What this implies is, that if we want to know the end of any given pool game, all we have to do to shed light on their future, is to calculate the applied force and direction of the movement of balls. This may sound a bit wild but in reality, computers in the ’80s could do this running a game of pool without much effort.

What really mind blowing is that the same calculations can be done with the Universe itself and with every atom in it, including our own body. Of course, simulating a game of pool with a couple of balls is much easier than 10^82 atoms in the observable Universe but the implications of such facts are much more profound.

To be fair, the comparison to pool isn’t exactly correct because a pool game isn’t really a closed system. The players are constantly exerting new force over the cue ball, changing the position of the balls (mainly because Earth’s gravity stops everything that doesn’t have a force fighting it). Meanwhile the Universe is a closed system without known external forces influencing it.

Because there are no other forces affecting our Universe, except that big initial force, if we had a powerful enough computer that can track all the atoms in the Universe, we could easily see what our very own atoms were doing a couple of millions of years ago, and also what we are going to do tomorrow. 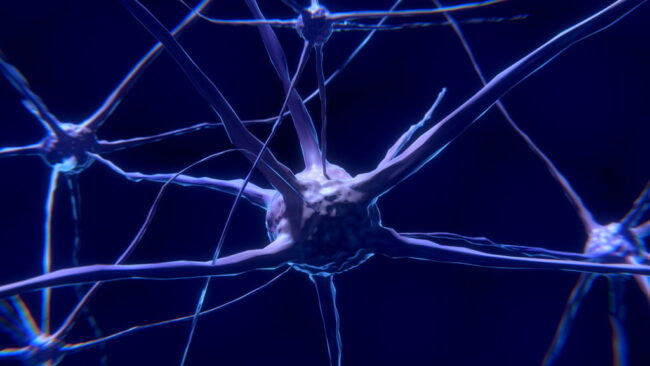 This theory has much more profound implications than just knowing where planets and suns came from and where they’ll be in billions of years though.

It implies that we have no real saying of our actions and everything what we are going to do is already decided billions of years ago without us have anything to do about it, except accept it and enjoy the ride.

“If the moon, in the act of completing its eternal way around the earth, were gifted with self-consciousness, it would feel thoroughly convinced that it was traveling its way of its own accord…. So would a being, endowed with higher insight and more perfect intelligence, watching man and his doings, smile about man’s illusion that he was acting according to his own free will.”

These facts come down hard on those who believe in free will and it doesn’t help that neuroscience studies (Libet experiment) have shown that our brain unconsciously commits to a decision before our  consciousness have anything to say about it.

During test studies, scientists scanning brain processes could accurately predict people reactions up to 10 seconds before test subjects were actually aware of it because the brain has already decided what will happen, only we haven’t been briefed about it yet. No wonder an AI can read our mind solely sensing the electrical waves in our brain and even tell our political affiliation.

So, all our decision are just a succumb nod to chemical reactions taking place within our body as a result of some big energy blast originated billions of years ago without the slightest chance for us to lose weight in the near future?

Maybe not. We may just have a tiny chance of taking control of our life without entangling ourselves in self-pity of determinism. 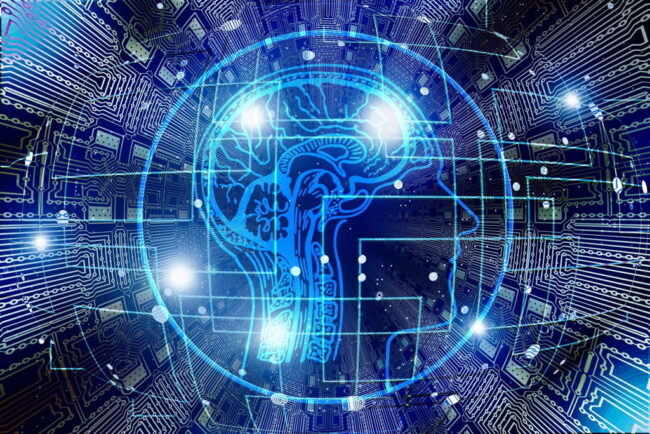 Apparently, our world and every particle in it is governed by the laws of physics but there is a subatomic world that has its own set of weird rules in the quantum realm. If anyone has ever heard about Ant-man it may come as an advantage here.

While in the real world, everything has cause and effect with predictable and calculable results, the quantum world cherishes randomness, chaos, and unpredictability. The exact things we need to have in our brain to allow us the free flow of ideas, creativity, and imagination.

Newest research point to the direction that our brain indeed uses quantum processes, giving back to us the hope of free will. If that really is the case though, and we can do whatever we want whenever we want then why we can’t stop smoking, drinking, sugar and why can’t we lose weight at will?

It seems that even if we are able to exercise free will, and do whatever we like, our body is not always in tune with what randomly pops into our mind. 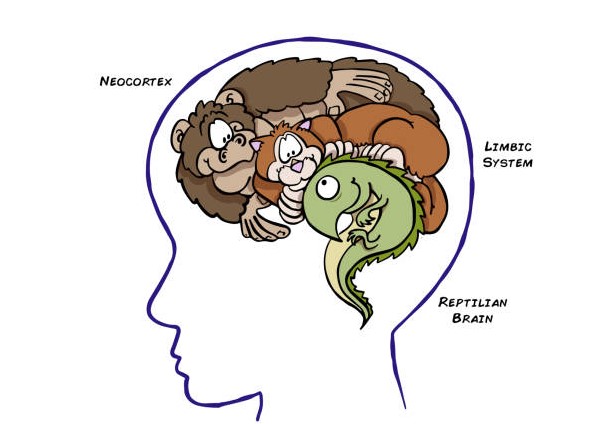 Our body and with that our brain has been developed through millions of years of evolution. With different parts of our brain responsible for various processes, it’s our most complex organ.

The most popular, although somewhat inaccurate theory, separates our brain into several main parts. The concept, however inaccurate and causes distress among many neuroscientists, is still used as an easily understandable demonstrations of human cognition processes for the uninitiated AKA us.

The neocortex, which is the newest part of our brain, is the big curly part we all see when looking at images of the human brain. This is where our memories, thoughts hence we – as conscious beings – reside. Here is where we form our words to say or write, store crucial knowledge about Universe 616 or plan our next meal.

Under the neocortex, various other parts of the brain reside that are responsible for all the mundane things our body does, like breathing, pumping blood in our body and generally making sure we are kept alive on a daily basis.

Due to its shape being similar to reptilian brains, this region is called the reptilian or primitive brain and as mentioned, once thought it was solely responsible for subconscious automated processes of the body.

Since then, studies have shown that humans have nothing to do with reptilians, more than we have to do with chimpanzees and the similarity to our brain is due to an earlier common ancestor but as mentioned before, explaining things this way makes grasping concepts easier. 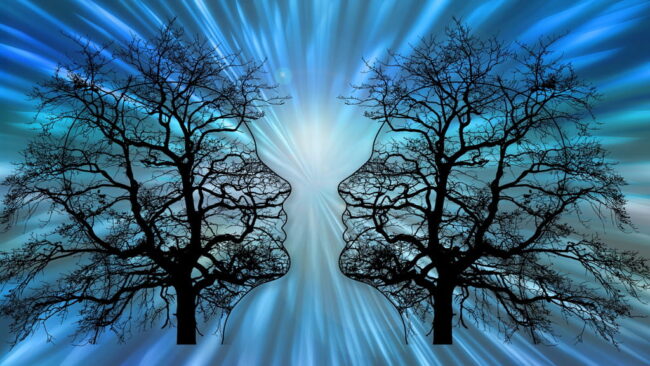 Fascinatingly, our conscious and subconscious process work together in tandem but interestingly, their working plays just into the notion of determinism. Although, we think that we are as conscious thinking beings are in control, it’s the total opposite happen to us on a daily basis.

Our body is governed by subconscious processes 50 – 90% of our woken time with our consciousness only approves the automated processes.

If anyone has ever had to go on a different road to work, yet took the same turn anyway or just couldn’t remember closing the door, yet upon rechecking it, it was closed as always, those were our unconscious brain working without bothering us about all the unimportant, tiny details of life for the simple purpose of saving energy.